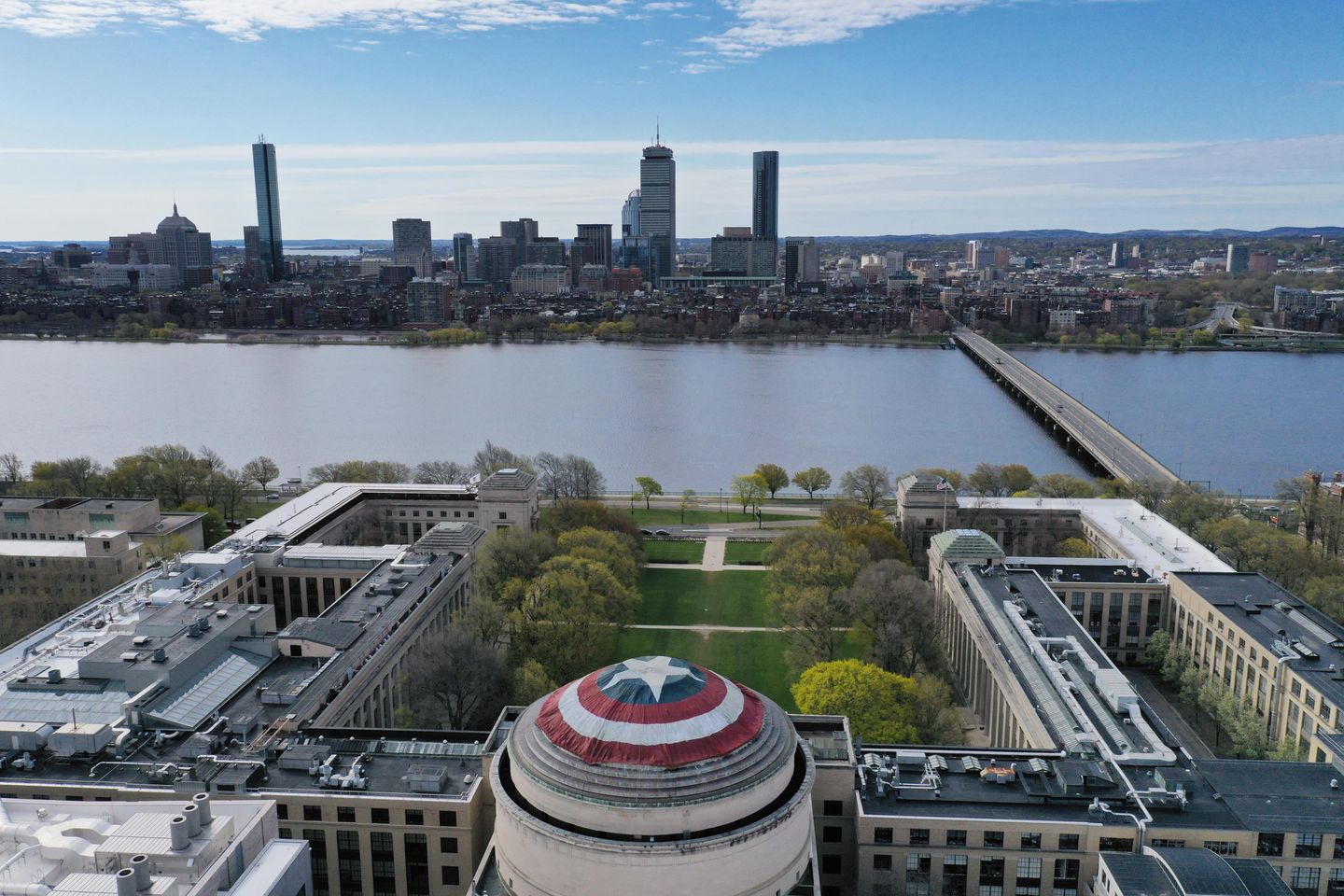 It wasn’t the first time and it likely won’t be the last: On April 27 the MIT Great Dome was transformed. This time, it was decked out as Captain America’s shield in honor of the release of Avengers: Endgame.

The hack even got the attention of the actor who plays Captain America, Sudbury native Chris Evans, who tweeted the article by the Boston Globe.

A group of dozens of Marvel Comics fans started planning the hack a year ago—one of the masterminds told the Globe in a rare, though anonymous, post-hack interview—

after learning of the release of this newest addition to the Avenger series, “as a symbol of their gratitude” toward the films. The series tallies 22 movies—including Iron Man, featuring MIT’s greatest fictional alumnus. That superhero’s alter ego, Tony Stark, is said to have graduated from the Institute in 1987, though Marvel and the Department of Admissions can’t seem to align their stories. MIT is also credited as the alma mater of Iron Man's de facto successor, Ironheart, aka Riri Williams.

From police cars on the dome to Tetris on the Green Building–MIT has a rich history of quirky hacks.  Read Slice of MIT’s coverage of some of the all-time greats.

Video: Secrets of the Brass Rat