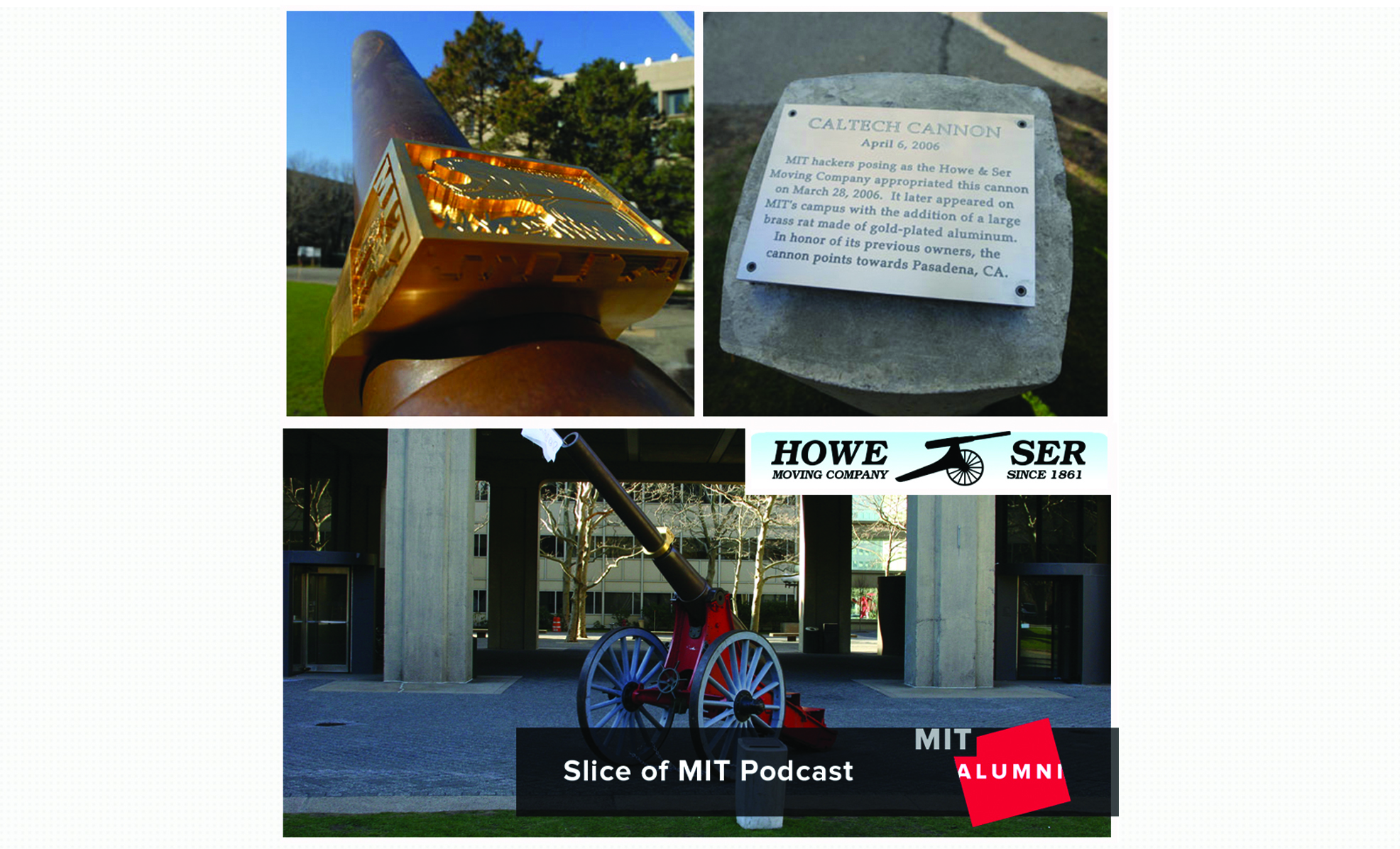 On the morning of March 28, 2006, a group of young men dressed as movers arrived on the Caltech campus in Pasadena, CA, armed with phony work orders and a moving van with a custom-designed logo of the nonexistant Howe & Ser Moving Company. Within hours,  the crew departed with the college’s two-ton Fleming Cannon in tow. And eight days later, the 130-year old cannon—a remnant of the Franco-Prussian war—reappeared 3,000 miles away on MIT campus, with a massive 24-karat gold-plated Brass Rat on its barrel.

In this episode of the Slice of MIT podcast, you’ll hear from the MIT hackers involved in the infamous Caltech Cannon Heist, which happened 10 years ago this month. (Read excerpts from the interview.)

Howe & Ser, it turns out, were MIT students who had just carried out perhaps the longest-distance MIT hack of all time. The prank, which was retribution for a series of hacks Caltech had successfully carried out at MIT a year prior, received national attention and was featured in the Boston Globe, Los Angeles Times, and Washington Post. And in 2014, the MIT community voted it their second-favorite hack in MIT history on the Slice of MIT blog.

You’ll hear how long it took to plan; how they convinced Caltech security that they were legitimate movers; how they moved a two-ton cannon across the country; and what happened when Caltech students arrived at MIT to reclaim their cannon.

Listen to podcast above or on the Alumni Association’s SoundCloud page. And don’t forget to subscribe on iTunes and rate the podcast and leave a review. Tweet your thoughts on this episode to @mit_alumni.

Hi Michael, thanks for reading!