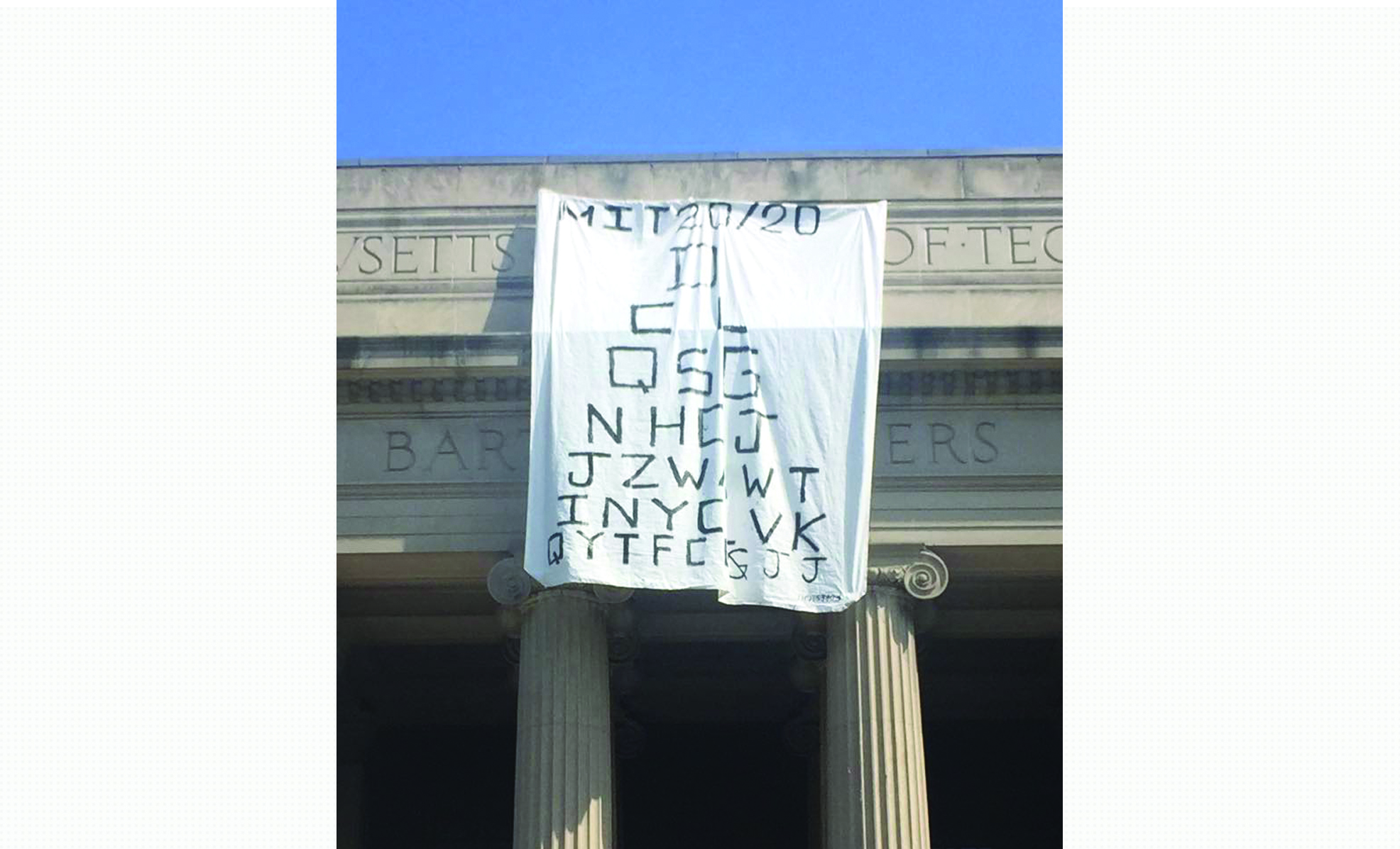 Update (12:51 p.m.): The MIT Admissions blog has more details on the hack, which appears to play off of the acceptance letters received by the Class of 2020 earlier this  year. Admissions suspects the anonymous pranksters could be ambitious members of the Class of '20 who are conveying a Caesar-ciphered message to MIT. Can any alumni help decipher what it might be?

Update #2 (1:29 p.m.): It has been deciphered! According to MIT Admissions, if you decrypt using "foresight," which is contained in the very bottom right of the chart, as the key using the Vigenère cipher method, it translates to "youmayhavevisionbutoursisMMXXPRF," or “Your may have vision but ours is 20/20. - prefrosh.”

A hack during the first week of classes is MIT’s unofficial sign that the fall semester has begun. And while last year’s first-week hack paid homage to past pranks, we think this year’s stunt looks toward the future—more specifically, MIT’s Class of 2020.

Earlier today, a large banner was unfurled atop the outside of Bldg. 7 on Mass. Ave. Depicting what appeared to be a massive eye test, the banner displayed an ominous “MIT 20/20” header at the top.

Beyond those details, we’re really not sure. Do the seemingly random letters (and quasi-letters) have a deeper meaning? Is there an acronym, anagram, word jumble, or some other composition we’ve missed?

Or perhaps it's an anonymous-yet-friendly reminder to get our eyes checked.

Let us know your thoughts in comments below or on Facebook or Twitter. And for more hacks at MIT, check out Slice of MIT’s archive of hack-related stories.

There seems to be a deeper meaning. If you read the last row (with clear vision;-), it has crossed G and J is repeated. MIT students can't make the mistake of repeating the letters, also they can't be running out of creativity.