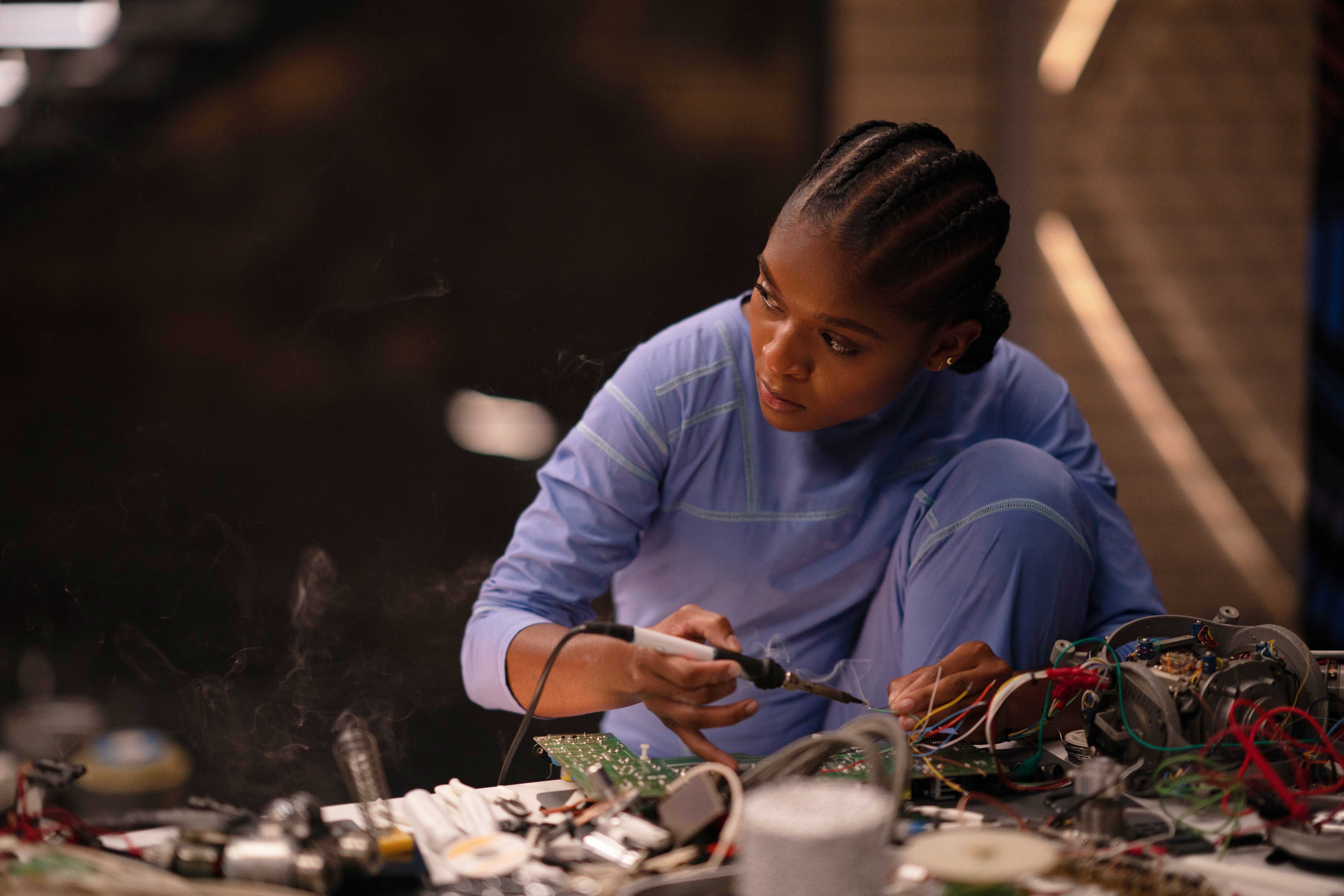 If you’ve seen Black Panther: Wakanda Forever, you already know that MIT is featured in the film. Spoiler alert: Don’t continue reading if you haven’t seen the film, as details are covered below.

The Institute has long had ties to Marvel Comics and the movies based on them―most notably Iron Man, which features MIT’s most famous fictional alum, Tony Stark―but this was the first of the popular superhero movies to include footage actually filmed on the Institute’s campus.

The movie, released November 11, features scenes from around campus and Cambridge, including outside the Stratton Student Center near the Kresge Oval, a dorm room in Simmons Hall, and a fight/chase scene on the Massachusetts Avenue bridge. Filming for the movie took place in August 2021, although the campus community was told at the time that the filming was for a movie called Summer Break. Once Wakanda Forever was released, however, MIT was allowed to hold a free private screening of the film; about 500 students watched it on campus on November 20.

Why film at MIT? Not to give away too many details, but Stark isn’t the only superhero to attend the Institute. In this latest box office hit, 19-year-old MIT student Riri Williams (pictured above) finds herself and one of her inventions (a school project on steroids) at the center of an international crisis. In an effort to avert disaster, two people from Wakanda (a fictional East African country) travel to Cambridge to find her.

Williams was introduced into the Marvel Universe in 2015 as a science genius who enrolled in MIT at 15 and built an Iron Man–inspired suit in her dorm. (She’s also the inspiration for a 2017 MIT Admissions video.) Known in the comics as Ironheart, the character makes her cinematic debut in Wakanda Forever, and Disney+ reports that a live-action show starring Dominique Thorne (the actress who plays Williams) will debut in fall 2023.

Of course, there are many other movies and shows with MIT ties, ranging from Good Will Hunting to Ghostbusters. Who’s your favorite fictional alum? Comment below.

As a big fan of TBBT, engineer/astronaut Howard Wolowitz has to be my all time favorite MIT grad. It really bothered me all these years how he was put down for MERELY being an engineer with a Master's (just like me) and considered inferior to the PhDs even though he often was the one who had to solve real tech issues (again, much like me). Much more relatable than the superhero types. Yea, Howard.

I saw Wakanda forever in Toronto with wife (originally from Jamaica) & daughter the day after it came out, and we were both stunned, laughing with each other and marveling at the totally unexpected MIT scenes! What a coup!
RS Kurtz MD ‘63. Course 7

Favorite fictional Alum is Tim McGee (Sean Murray) on NCIS. Named after the beaver I assume.

Wakanda Forever-Reflection of My MIT Life

I saw Wakanda Forever and to my surprise, it highlighted a young Black woman majoring in metallurgy. It was surprising to me and but also made me proud since I AM the FIRST Black woman to graduate from MIT with a SB in course 3. So proud to be a trailblazer!!
Celia Berry ‘78, Course 3