On May 27, the Class of 2022 will graduate from MIT and set off on the next phase of their lives, joining the cohort of more than 143,000 alumni. No matter where they’re headed, they will continue to learn from their peers and, hopefully, from the MIT alumni who came before them.

To that end, here are a few tips gleaned from Slice of MIT’s alumni coverage over the past academic year. 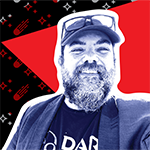 When Andrew Rivkin ’91 isn’t studying asteroids, he turns to music for a reprieve. “It’s a good mental-health break just to pick up a guitar,” he says. “Whenever I give advice to someone going away to college, I always say to keep doing your hobbies. Maybe in junior year, you’re like, ‘There’s no way I have time for this.’ But you’re going to be much happier 10 or 15 to 20 years down the line if you do.” 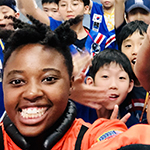 Janelle Wellons ’16, former instrument operations engineer at the NASA Jet Propulsion Laboratory (now a spaceflight operations engineer at iSpace), volunteers her time sharing her story with audiences who might not see themselves in the aerospace field. “It would be a waste to have made it this far and not share that experience somehow some way so that the next Janelle knows that they too can come work at a place like NASA.” 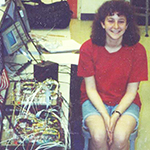 Susan (Margulies) Beiter ’92, MS ’93 shares a photo from MIT’s Intro to Digital Design Laboratory, 6.111, showcasing “nerd kits,” which allowed her and her classmates to design “breadboard” circuits in the early days of more highly integrated circuit technology. “They looked like little brown suitcases, and we carried them around campus with typical MIT nerd pride.” 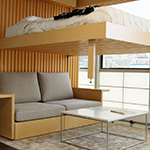 “People don’t need as much space as they think they need,” says Hasier Larrea SM ’15, cofounder and CEO of robotic furniture company Ori. The concept was born out of the MIT Media Lab, where Larrea began the venture alongside cofounders Chad Bean ’14, Carlos Rubio ’14, MEng ’15, Ivan Casadevante, and Professor Kent Larson, who runs the MIT City Science research group.

5. It’s never too late to try something new. 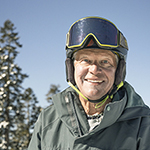 Dick Schulze ’67 grew up with a paralyzing fear of heights, but when his son wanted to learn to ski, he decided to give it a try. Soon after, he started snowboarding—in his 50s—and at age 76, he is America’s oldest competitive snowboarder. As an athlete, he’s at the top of his game, even competing in the 2006 Olympic Qualifiers against snowboarding legend Shaun White. 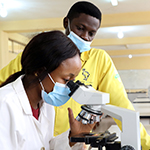 Melissa Wu ’05 wanted to address the disparity in health and medicine around the globe through her research but discovered that her impact could be greatest by focusing on one thing that made a huge impact: access to lab equipment. Wu is now CEO of Seeding Labs, a nonprofit that has, since 2003, “supported nearly 100 universities in 36 countries around the world with equipment that would’ve cost an estimated $40 million to obtain otherwise.” 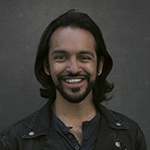 When Josh Santos ’14 had an idea to combat climate change by just pulling carbon dioxide out of the air and reversing its effects, he never imagined that this might actually be possible through existing infrastructure. It turns out that the infrastructure for carbon sequestration, the process of capturing and storing atmospheric carbon dioxide, already exists in the more than two million cooling towers at factories and commercial buildings across the United States.

Whether you’re a current student or an alumnus/a, visit the MIT Alumni Advisors Hub to connect with alumni for career guidance at every step of your journey.

Sounding the Alarm on Noise and Health