Why Some Inventions Are Worth Giving Way

“Today, tens of millions of consumers annually spend [their own money] creating and modifying products to better serve their own needs,” and then readily share the results with others, says Sloan professor Eric Arthur Von Hippel SM ’68 as he explains the Free Innovation phenomenon.

These free innovators invent not for financial gain but for personal rewards, and, because they aren’t trying to gain financially, they also usually share their findings for the benefit of the world. Take, for instance, Craigslist, a service created by founder Craig Newmark as an email distribution list for friends that turned into a global website tapped by more than 60 million users in the US alone. 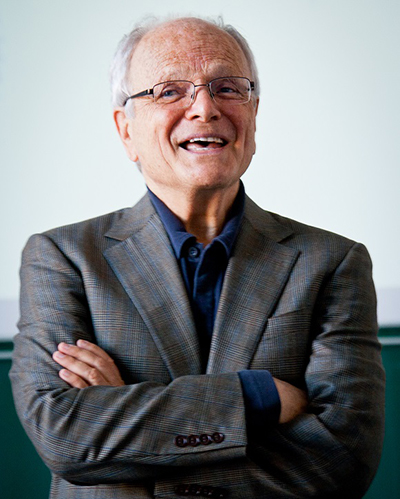 According to Von Hippel, free innovation is increasing all over the world. “About 10 percent of consumer innovators—individuals in the household sector—elect to sell their innovations rather than give them away for free, but 90 percent do give their innovations away for free.” Von Hippel has gathered this data and much more thanks to nationwide surveys conducted in the US, Japan, UK, Finland, Canada, Sweden, and Russia, and additional studies in the works in China, UAE, and Germany. These studies showed that product innovations are solving everyday problems like a device for trimming trees using a fishing rod, a car key display to help locate a parked car in a large lot, or an app to identify colors for individuals who are colorblind.

The increase in free innovation has a lot to do with the Internet and the relatively inexpensive means of creating and sharing information, says Von Hippel. “The costs individuals must incur to develop new products for themselves is rapidly dropping due to inexpensive computerized design tools and low-cost communication with collaborators and adopters via the Internet. When costs of an activity go down, levels of participation in that activity tend to increase.”

In keeping with the spirit of open source, Von Hippel takes a look at the phenomenon driven by self-reward rather than monetary gain in his new book Free Innovation, which is available for download for free. Von Hippel is the T Wilson Professor of Innovation Management Sloan, a professor of engineering systems at MIT and known for his research into the sources of innovation.

After noticing the shift in entrepreneurship and innovation to include free innovation, he felt compelled to study and define the phenomenon. “I knew that Free Innovation was increasing and would provide both social welfare benefits to us all, as well as individual benefits to participants. So I felt I needed to develop a new paradigm—contrasted to the traditional Schumpeterian paradigm—that would increase scholars and policymakers and managers understandings of how important new patterns in innovation development and consumption.”