What to Expect When You're Expecting Robots 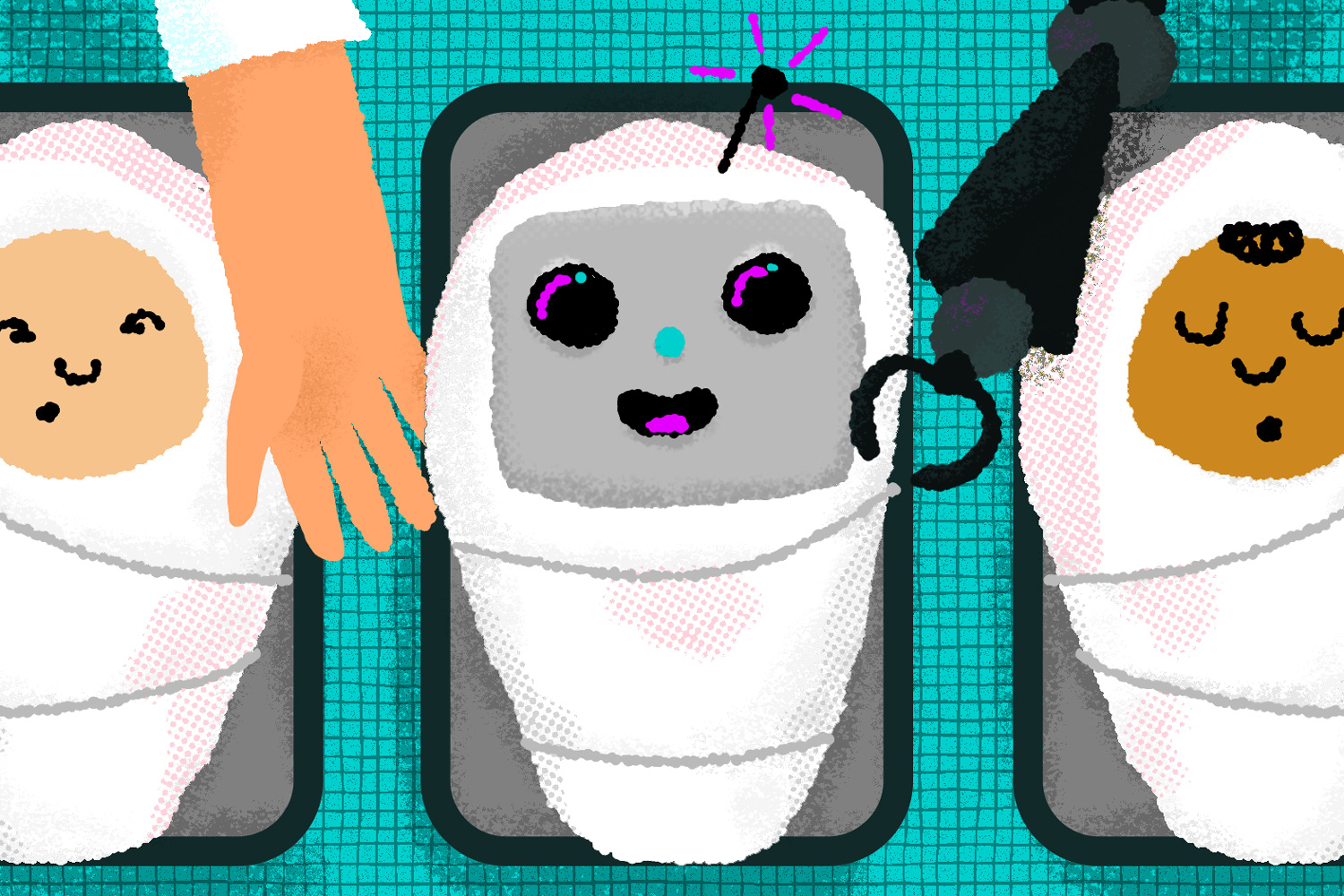 As Covid-19 has made it necessary for people to keep their distance from each other, robots are stepping in to fill essential roles, such as sanitizing warehouses and hospitals, ferrying test samples to laboratories, and serving as telemedicine avatars.

There are signs that people may be increasingly receptive to robotic help, preferring, at least hypothetically, to be picked up by a self-driving taxi or have their food delivered via robot, to reduce their risk of catching the virus.

As more intelligent, independent machines make their way into the public sphere, engineers Julie Shah ’04, SM ’06, PhD ’11 and Laura Major SM '05 are urging designers to rethink not just how robots fit in with society, but also how society can change to accommodate these new, “working” robots.

Shah is an associate professor of aeronautics and astronautics at MIT and the associate dean of social and ethical responsibilities of computing in the MIT Schwarzman College of Computing. Major is CTO of Motional, a self-driving car venture supported by automotive companies Hyundai and Aptiv. Together, they have written a new book, What to Expect When You’re Expecting Robots: The Future of Human-Robot Collaboration, published this month by Basic Books.

What we can expect, they write, is that robots of the future will no longer work for us, but with us. They will be less like tools, programmed to carry out specific tasks in controlled environments, as factory automatons and domestic Roombas have been, and more like partners, interacting with and working among people in the more complex and chaotic real world. As such, Shah and Major say that robots and humans will have to establish a mutual understanding.

“Part of the book is about designing robotic systems that think more like people, and that can understand the very subtle social signals that we provide to each other, that make our world work,” Shah says. “But equal emphasis in the book is on how we have to structure the way we live our lives, from our crosswalks to our social norms, so that robots can more effectively live in our world.”

Part of the book is about designing robotic systems that think more like people...but equal emphasis is on how we have to structure the way we live our lives, from our crosswalks to our social norms, so that robots can more effectively live in our world.

Getting to know you

As robots increasingly enter public spaces, they may do so safely if they have a better understanding of human and social behavior.

Consider a package delivery robot on a busy sidewalk: The robot may be programmed to give a standard berth to obstacles in its path, such as traffic cones and lampposts. But what if the robot is coming upon a person wheeling a stroller while balancing a cup of coffee? A human passerby would read the social cues and perhaps step to the side to let the stroller by. Could a robot pick up the same subtle signals to change course accordingly?

Shah believes the answer is yes. As head of the Interactive Robotics Group at MIT, she is developing tools to help robots understand and predict human behavior, such as where people move, what they do, and who they interact with in physical spaces. She’s implemented these tools in robots that can recognize and collaborate with humans in environments such as the factory floor and the hospital ward. She is hoping that robots trained to read social cues can more safely be deployed in more unstructured public spaces.

Major, meanwhile, has been helping to make robots, and specifically self-driving cars, work safely and reliably in the real world, beyond the controlled, gated environments where most driverless cars operate today. About a year ago, she and Shah met for the first time, at a robotics conference.

“We were working in parallel universes, me in industry, and Julie in academia, each trying to galvanize understanding for the need to accommodate machines and robots,” Major recalls.

From that first meeting, the seeds for their new book began quickly to sprout.

In their book, the engineers describe ways that robots and automated systems can perceive and work with humans — but also ways in which our environment and infrastructure can change to accommodate robots.

A cyborg-friendly city, engineered to manage and direct robots, could avoid scenarios such as the one that played out in San Francisco in 2017. Residents there were seeing an uptick in delivery robots deployed by local technology startups. The robots were causing congestion on city sidewalks and were an unexpected hazard to seniors with disabilities. Lawmakers ultimately enforced strict regulations on the number of delivery robots allowed in the city—a move that improved safety, but potentially at the expense of innovation.

If in the near future there are to be multiple robots sharing a sidewalk with humans at any given time, Shah and Major propose that cities might consider installing dedicated robot lanes, similar to bike lanes, to avoid accidents between robots and humans. The engineers also envision a system to organize robots in public spaces, similar to the way airplanes keep track of each other in flight.

In 1965, the Federal Aviation Agency was created, partly in response to a catastrophic crash between two planes flying through a cloud over the Grand Canyon. Prior to that crash, airplanes were virtually free to fly where they pleased. The FAA began organizing airplanes in the sky through innovations like the traffic collision avoidance system, or TCAS—a system onboard most planes today, that detects other planes outfitted with a universal transponder. TCAS alerts the pilot of nearby planes, and automatically charts a path, independent of ground control, for the plane to take in order to avoid a collision.

Similarly, Shah and Major say that robots in public spaces could be designed with a sort of universal sensor that enables them to see and communicate with each other, regardless of their software platform or manufacturer. This way, they might stay clear of certain areas, avoiding potential accidents and congestion, if they sense robots nearby.

“There could also be transponders for people that broadcast to robots,” Shah says. “For instance, crossing guards could use batons that can signal any robot in the vicinity to pause so that it’s safe for children to cross the street.”

Whether we are ready for them or not, the trend is clear: The robots are coming, to our sidewalks, our grocery stores, and our homes. And as the book’s title suggests, preparing for these new additions to society will take some major changes, in our perception of technology, and in our infrastructure.

“It takes a village to raise a child to be a well-adjusted member of society, capable of realizing his or her full potential,” write Shah and Major. “So, too, a robot.”

This story was originally published by MIT News on October 22, 2020. Illustration (top) by Jose-Luis Olivares/MIT.