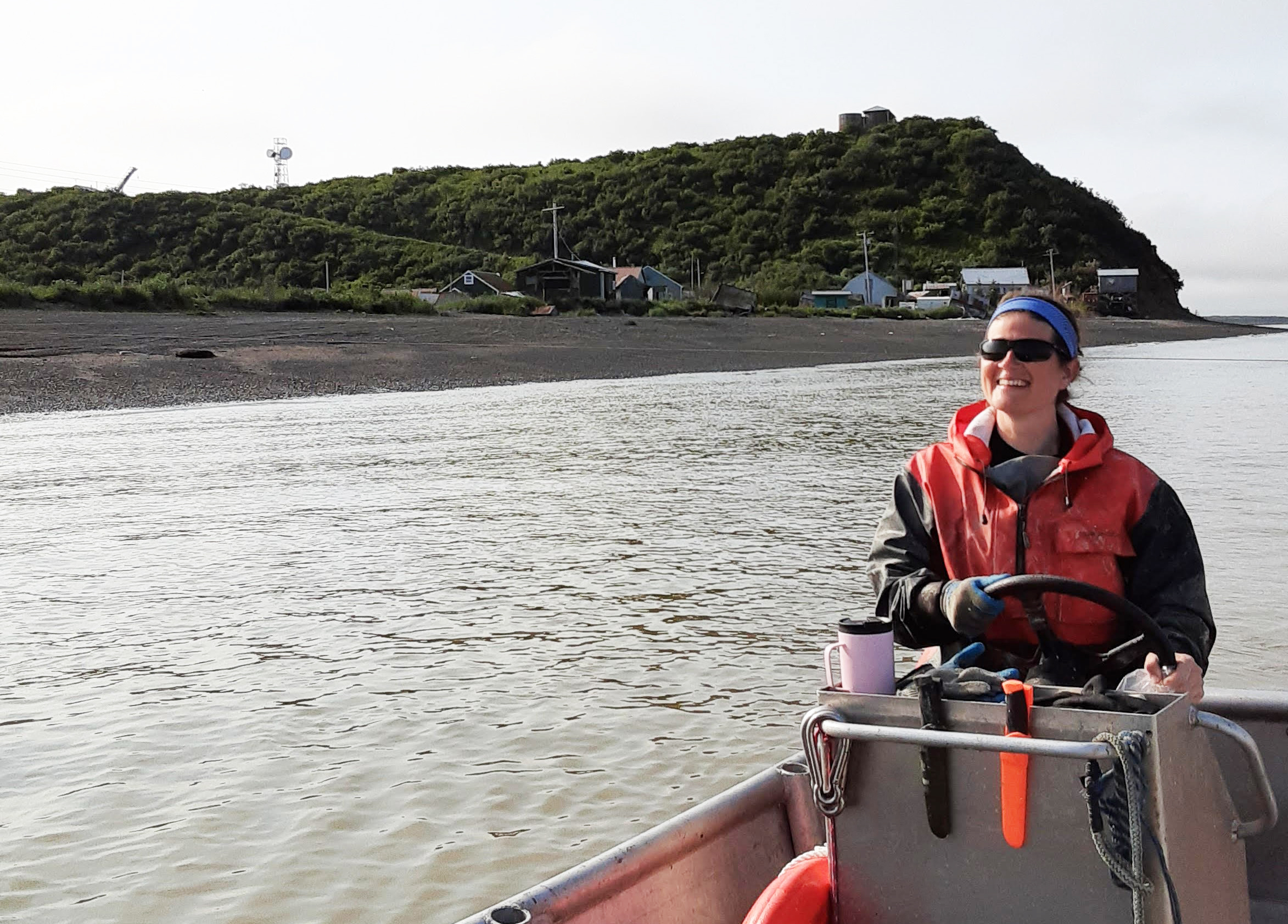 For Mia Heavener ’00, much of life revolves around water. As a senior civil engineer for the Alaska Native Tribal Health Consortium (ANTHC), she designs water systems for communities in her home state. And in her time off, she often works with her family’s commercial fishing business, which started with her great-grandmother. Nearly every summer she takes part in a three-week expedition to fish for sockeye salmon in Bristol Bay.

“I was working at 1:00 a.m. this morning. You just kind of follow the tides,” explains Heavener, who is of Yup’ik heritage. The Yup’ik are one of the largest Indigenous groups in Alaska, where Native peoples make up nearly 18% of the population.

“My great-grandma was born on the Nushagak Bay, and I learned to work really hard here,” she says. “It was also the last place, the last time I saw my father alive.” Though she lost her father when she was just 11, she chose to follow in his footsteps as a civil engineer.

After graduating from MIT and briefly working for a firm in Cambridge, Heavener returned to Alaska and found engineering work at ANTHC. She also felt a calling as a writer (“I’ve always been a daydreamer”), and took a break from that job long enough to earn her master of fine arts degree in English and writing from Colorado State University, building on literature studies she’d pursued alongside civil engineering as an undergrad. Her first novel, set in an Alaskan fishing village and titled Under Nushagak Bluff, was published in 2019.

In a typical week, Heavener wakes up early to write before long days of engineering. Though headquartered at ANTHC, the central Native hospital in Anchorage, she travels all over the state. Of the approximately 250 villages in Alaska, she says, many have only communal water sources, and roughly 30 still have no running water and sewer.

“Everyone should have drinking water—it’s a pretty basic right—but there are definitely places in Alaska that do not have that,” she says. Her mission is to bring proper health and sanitation standards to as many communities as possible.

“The first time I designed a water plant was in the village of Old Kasigluk,” she recalls. “They didn’t have anything there. They just haul water and they use a bucket [for their toilet]. I remember getting to see the kids wash their hands in their house for the first time—they just had silly smiles on their faces, turning it on and off, on and off.”