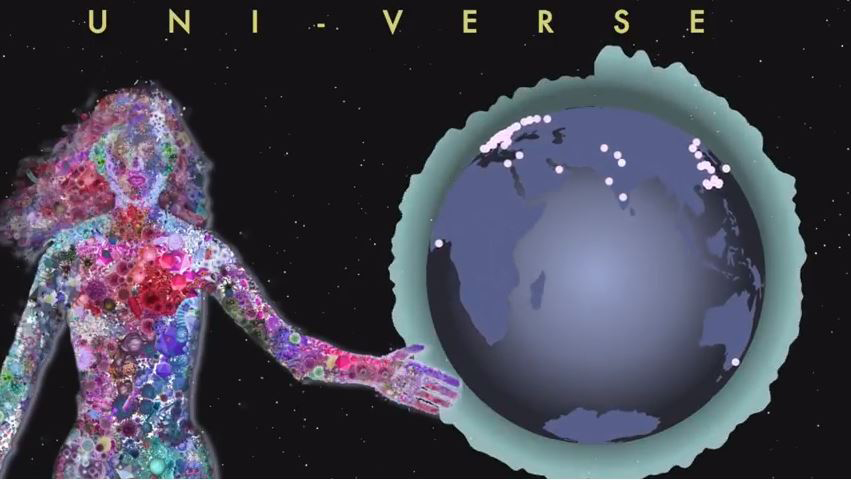 A strange song, full of pumping percussion and instrumentals with random patterns, began to erupt from the speakers.

David Sun Kong ’01, SM ’04, PhD ’08 stood on stage at this year’s International Genetically Engineered Machine competition (iGEM). “This,” he told the 6,000 participants, “is what your collective microbiome sounds like.”

The project, called Biota Beats, got its start at iGEM just last year. Biota Beats works by taking swabs from different parts of the body, incubating the bacteria on "biota records" (laser-cut, acrylic records that contain media, or bacteria food), and then using algorithms to analyze data about the microbes and convert that data into music. For a single person's Biota Beat, different musical instrument represents each body part, creating a literal human symphony.

The Biota Beats team developed and played the iGEM song, UNI-VERSE (“one song”) using samples from all participants across the world with each continent representing a body part, to celebrate what a diverse, global community like iGEM can accomplish.

For Kong, it’s more than just an interesting audio-visual experience: it’s part of his mission to see if hip-hop can make biotech broadly accessible. “How do we move beyond technical diversity and bring in cultural, creative, socio-economic diversity? Can we bring biotech to the masses in a powerful way?” he asks.

“Through the arts, we can communicate challenging ideas we couldn’t access other ways. Hip-hop is one of the greatest cultural languages of our time. Music can be the access point for people to learn about science.”

The team has already created Biota Beats for DJ Jazzy Jeff and HUBweek cofounder Linda Henry SM ’05 (Kong was a featured speaker at this year's HUBweek), with geneticist George Church’s in the works. They’ve already been featured in STAT and Gizmodo.

Beyond the bio-art work they’ve been doing, the team also hopes to extend the project’s scientific uses.

“We’re exploring how to make this more robust and replicable as a diagnostic tool. Studying the biome is a way to engage with your body—could you register differences in your health?” says coder Alex Guo, undergraduate researcher at the Media Lab and junior at Wellesley.

Kong goes even further: “Can you 'hear disease' by listening to your biome over time?”

As an innovator in synthetic biology, Kong has been combining big questions like this with his technical expertise from decades spent at MIT. Kong’s father Jin Au Kong was an electrical engineering faculty at MIT. “I’m the epitome of an MIT lifer—I grew up on campus,” says Kong.

While synthetic biology was developing as a field, Kong dove into the subject matter and developed fabrication skills, first in nanotechnology and microfluidics at the Media Lab, then in biotechnology at the Lincoln Lab.

Now Kong is back at the Media Lab as director of the new Community Biotechnology Initiative, whose mission is to make biotechnology broadly accessible and to help power the grassroots bio-maker movement. Another one of their projects is Metafluidics, an open-source lab-on-a-chip database filled with design resources for anyone with the desire to work with microfluidics.

Kong also fosters grassroots innovation as a community organizer at the East Meets West bookstore (EMW) and through the global biotechnology course, How to Grow (Almost) Anything, which he teaches with George Church. He says the coming biotech revolution will come from providing more accessibility—biotech for the masses, just like Biota Beats.

Providing access and giving a voice to those that are underrepresented is the ultimate goal, in all of his work. “I want to pull communities together so we can create a better world,” he says.

A Pandemic-Prompted Experiment in How We Engage with Art