“It’s through our shared empathy and action that we can change the world,” says Paige Parsons ’90, one of the 75 alumnae who spoke at the MIT Women’s unConference: completing the equation, March 9–10. Collaboration and action were themes for the weekend—through inspirational talks, story sharing, and sound advice, MIT women came together to help each other make changes.

The event was sold out, with nearly 350 registered from 29 states, six countries, and 31 courses, spanning seven decades—including recent graduates from the Class of 2017 and current MIT students. In addition to participants who gathered in Cambridge, 280 tuned in virtually to watch the livestream of the keynotes. MITx learners were also invited to participate, with some attending the conference in person and many others engaging virtually. In the opening keynote, Sara Seager, MIT professor of physics and planetary science, shared her latest research on exoplanets and stories from her own personal triumphs and challenges in motherhood, marriage, and friendship. 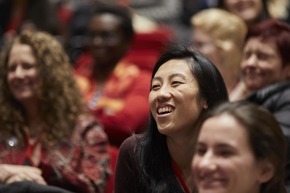 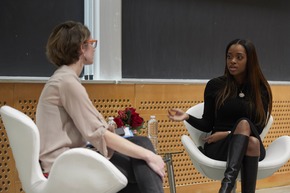 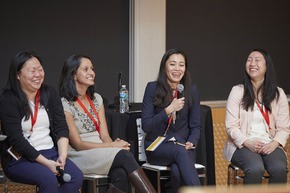 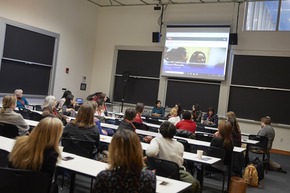 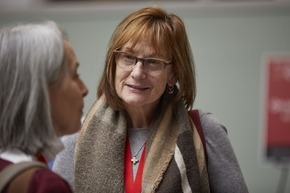 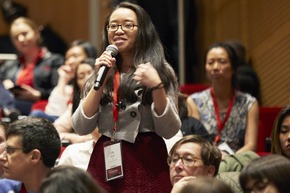 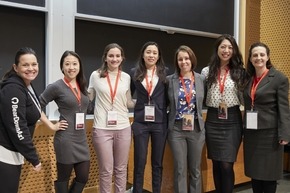 So, why an unConference? In a year that has been tumultuous and momentous for women in the US and worldwide—with the #metoo movement and the establishment of Time’s Up, an organization that is addressing sexual assault, harassment, and inequality in the workplace—the goal for the conference was to give MIT alumnae a platform to come together and collectively plan an event to best reflect and support each other.

The format of the conference allowed attendees to submit panel ideas and then vote on their favorites. The eight chosen panels ranged in topics from Why Don’t Women Speak Up? to Productive Aggressiveness to the Road Not Taken. While each panel was facilitated by alumnae speakers, the sessions quickly became interactive conversations between panelists and the audience, everyone sharing and learning from the wisdom of their fellow graduates.

In the Productive Aggressiveness panel, key pieces of advice were to embrace being unorthodox and surround yourself with the right people. While the speakers recognized that many MIT alumni—including themselves—don't enjoy networking, having the right people in our network makes all the difference. "Networking is hard," says Lindsay Androski Kelly '98. "Just focus on asking questions and listen to people, everyone has interesting stories to tell."

As conference panels and lightning talks took the main stages, concurrent offerings took place, including workshops on storytelling skills, overcoming financial stumbling blocks, and work-life balance; a job expo; an unhangout; and a startup competition and a research competition. The two contests ran through the day on Saturday, ending before the closing keynote when finalists gave their pitches to all conference attendees and live voting via mobile phone decided the winners.

In addition to informal opportunities to make connections and share advice during receptions, a networking lunch, and breaks, participants were also given the chance to volunteer to be a mentor—a designation that appeared on their name badge and was also listed in the conference app along with their area of expertise.

After two days of inspiration and idea sharing, the closing keynote of the conference featured Tamika Mallory, activist and Women’s March co-chair, who stressed to the audience the importance of all women standing together.

“We have to be able to build this bridge and bring everyone to the table to make change,” says Mallory who described the challenges in working with divergent groups of women for the Women’s March in 2017. The march brought together five million people in protest and solidarity. Mallory, like many speakers throughout the day, stressed the importance of taking action for the greater good, in helping make a more just and equitable world for all.

“Too many times, we look at fighting a specific person and target our anger, but then we are ignoring the greater societal issues,” says Mallory.