What Connects Alums 50 Years Beyond Graduation? 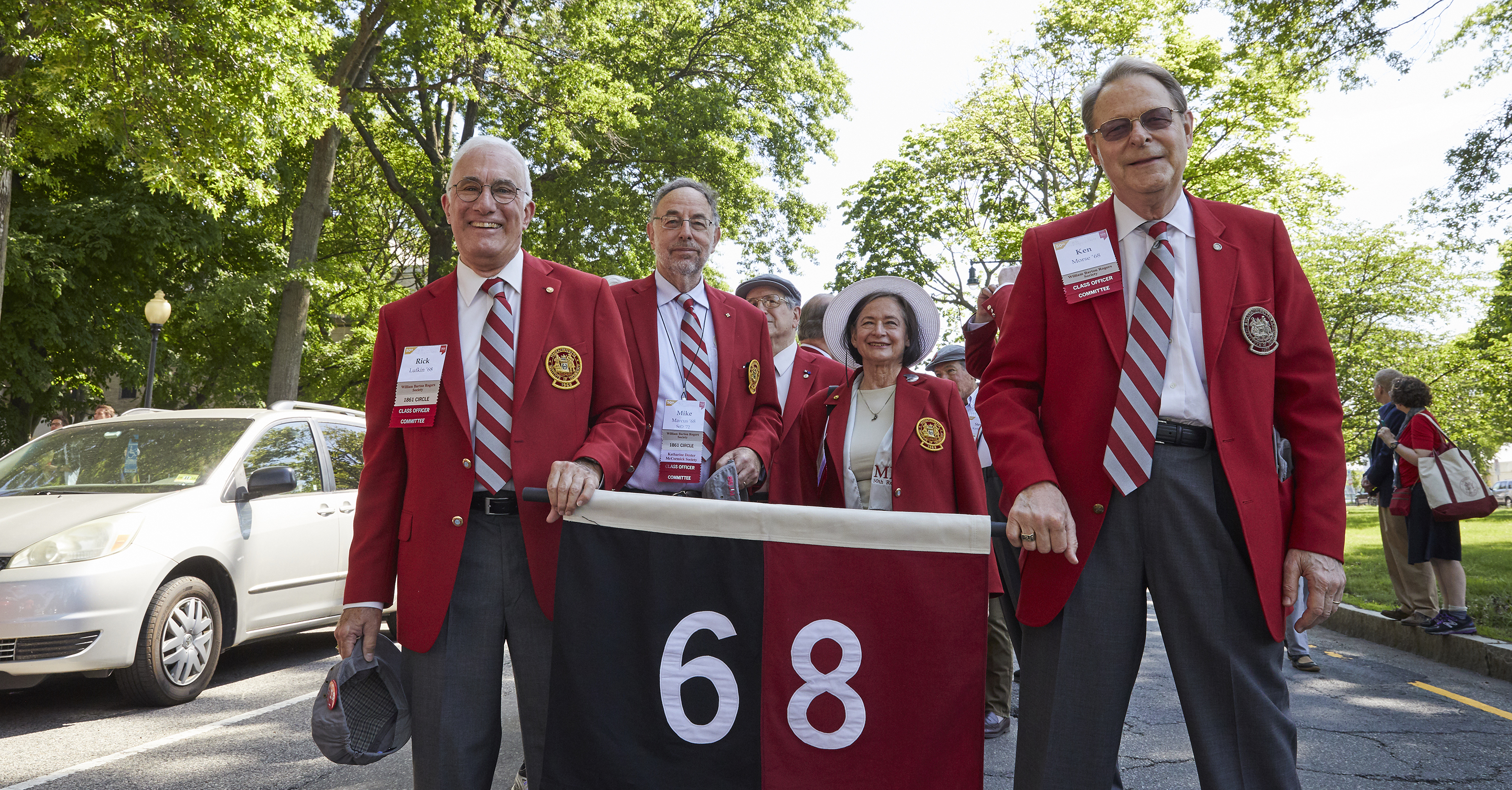 When Rick Lufkin ’68 (far left, above) graduated from MIT, he never imagined he’d be so involved with the Institute more than 50 years later.

“Like many people who graduated around the same time, I left MIT with feelings of respect but not necessarily affection,” Lufkin says. “Our class graduated during an intense time—we had the cloud of the Vietnam War hanging over us. It really took a few years for warmer feelings to build.”

And as Lufkin’s affection for the Institute slowly grew, his professional career took him far away from Cambridge. He earned his MBA from Penn’s Wharton School and served in the United States Navy, principally as an electronics material officer on an aircraft carrier in the Mediterranean. He also worked for Corning Glass, American Research and Development, and Johnson & Johnson.

“But at some point, I got discouraged with larger organizations,” Lufkin says. “I’ve been a serial entrepreneur ever since, working with life science startups.” Today he is the CFO of Anima Biotech, Inc. in New Jersey, which is developing platforms for the discovery of small molecule drugs.

But thanks in part to his volunteerism with his reunion committee, his class, the Educational Council, the Northern New Jersey alumni club, and MIT’s Enterprise Forum, Lufkin’s fondness for—and involvement with—MIT has grown deeply over time. Less than two years after his 50th reunion, he was named chair of the Alumni Association’s Cardinal and Gray Society, a group of more than 15,000 alumni who have reached the 50th anniversary of their MIT graduation.

“We’re taking that emotional energy of Tech Reunions and translating it into continued involvement with MIT,” he says. “Unlike younger alumni, our members tend to be less focused on networking and professional activities, and more about intellectual curiosity.”

The Cardinal and Gray Society

The Cardinal and Gray Society was founded in 1966, when the class of 1916 returned to MIT for its 50th reunion and organized a fund to purchase a reunion jacket for each of its classmates. Since then, alumni attending their 50th reunion are distinguished by wearing gray slacks or skirts and a cardinal blazer, the breast pocket of which bears an MIT crest.

The society has a special initiation for its newest members: Each year, sporting the red jackets, the Institute’s 50th-reunion class plays an important role in Commencement exercises by leading graduates into Killian Court.

“Your 50-year reunion at MIT can have a mystical nature,” Lufkin says. “People who haven’t thought about MIT for 50 years may start to reconnect, and those who are already involved can create a stronger bond.”

The society connects members through regular social and intellectual events throughout the year. The next event, its annual Fall Lecture and Luncheon, will take place on Tuesday, October 29, and feature Institute president emerita Susan Hockfield HM ’10, who will discuss her new book, The Age of Living Machines: How Biology Will Build the Next Technology Revolution.

“The glue that holds all of us MIT graduates together is a love for science and technology and unbridled deep curiosity about the world,” Lufkin says. “And that’s what we try to focus on: speakers with an ability to translate important technological issues.”

Lufkin will formally assume the Cardinal and Gray chair at the October 29 event from past chair Ted Korelitz ’56, who served as chair from 2008–2019 and helped steer the group to record attendance at events throughout the United States. And as the number of MIT alumni more than 50 years removed from graduation grows each year, the society will, too.

“We’re connecting like-minded people with a deep affection for learning and for science, and developing a sense of community,” Lufkin says. “And just like MIT, we’re thinking about ways to create a better world for all of us. The Cardinal and Gray Society can help with that.”

Learn more about the Cardinal and Gray Society, and listen to past society lectures from Ernie Moniz HM ’11, Cecil and Ida Green Professor Emeritus of Physics and Engineering Systems, and Alan Lightman, professor of the practice of the humanities and senior lecturer in physics.