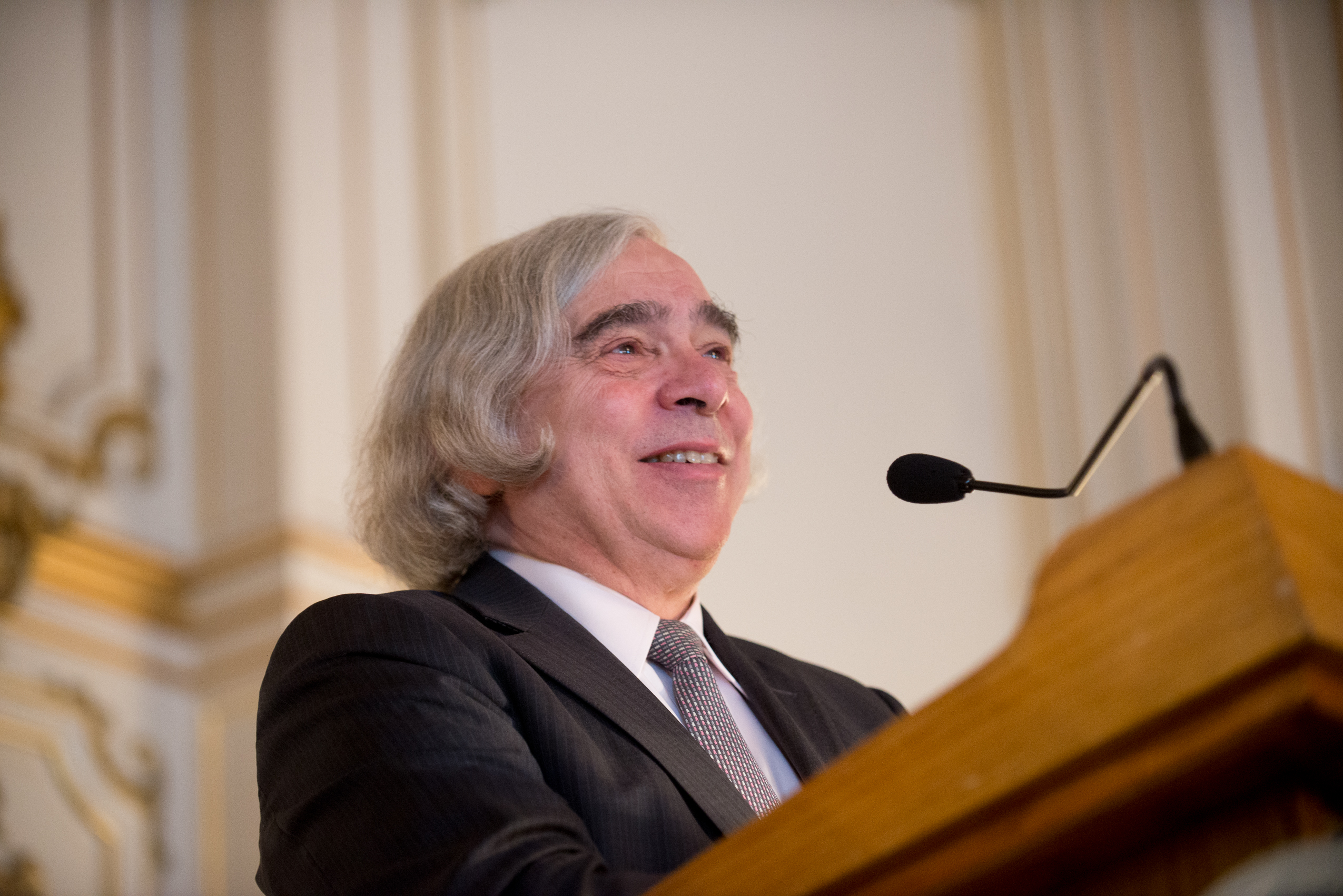 Moniz is the Cecil and Ida Green Professor Emeritus of Physics and Engineering Systems at MIT, and he was awarded honorary membership in the MIT Alumni Association in 2011. He  delivered his talk at the historic Cosmos Club during a Spring Lecture and Luncheon event jointly organized by the Alumni Association’s Cardinal and Grey Society, Emma Rogers Society, and Katherine Dexter McCormick Society. During the lecture, Moniz discussed his experience as the leader of the US Department of Energy from 2013–2017.

“The Department of Energy really is a science-and-technology powerhouse,” he says. “In all of our mission areas, it’s about applying science and technology to find the solutions.”

Moniz also advocates for the increased inclusion of science in conversations related to global diplomacy. “There's a lot more room for science in diplomacy as we address these range of major threats to our (society) and other societies,” he says.

Listen to the podcast above or on the Alumni Association’s SoundCloud page, or read the transcript of Moniz’s talk. And don’t forget to subscribe on iTunes and rate the podcast and leave a review. Tweet your thoughts on this episode to @mit_alumni.

Read the full transcript then learn more about the:

The Department of Energy - A Powerhouse?

Drain the swamp. Let's start by cutting the US annual federal budget from about $4 trillion to about $3 trillion. I don't really care where they waste the money. Department of Energy? Sure, why not?