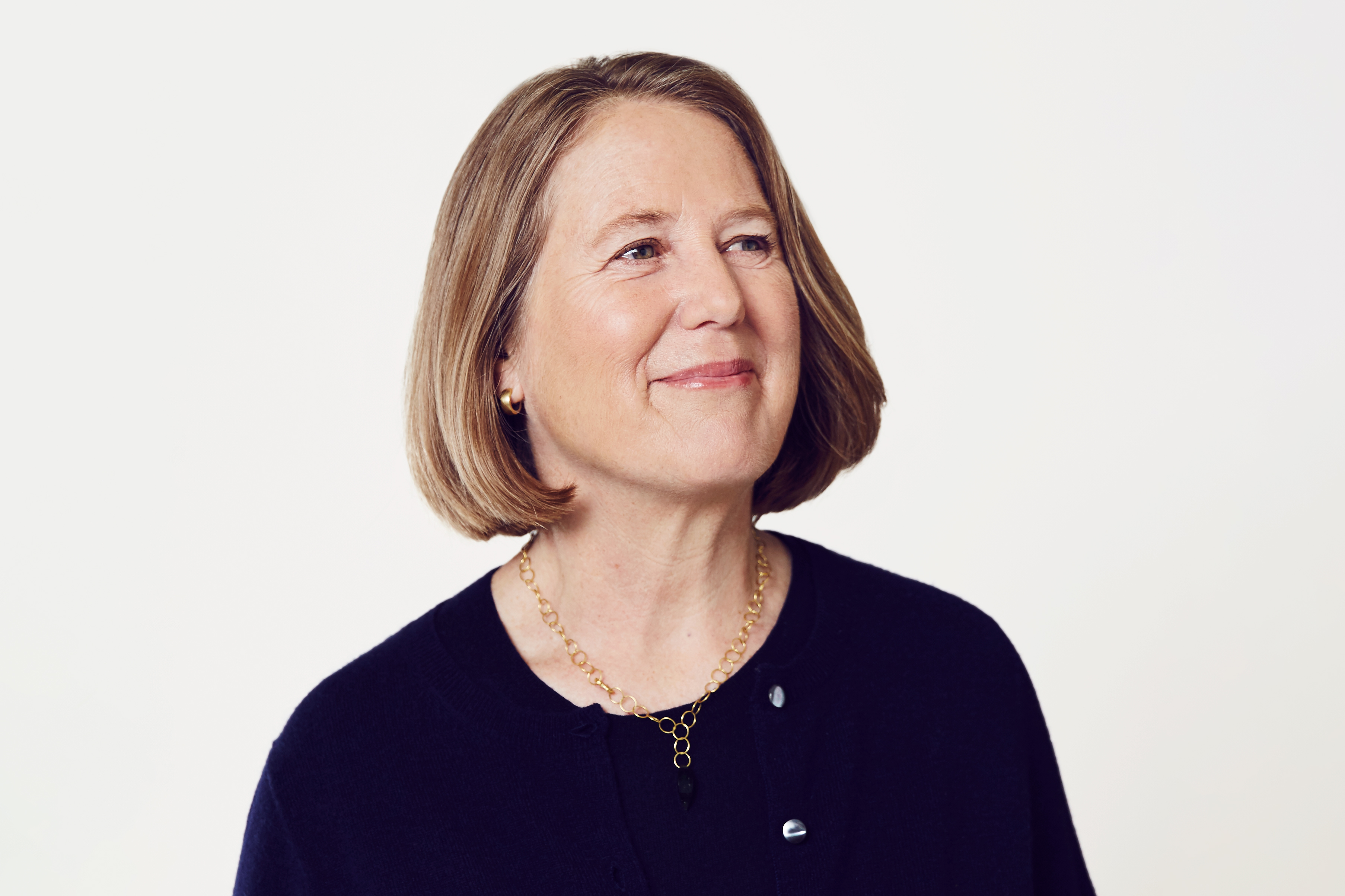 As Diane Greene SM ’78 approached the end of her undergraduate studies in mechanical engineering at the University of Vermont, she was initially less interested in getting a job than she was about pursuing sailboat racing—a passion she had developed growing up in Annapolis, Maryland. The chair of her department, who had a PhD from MIT, had another idea: “Rather than go sailing, I think what you should do is go to MIT and study naval architecture.” It was a piece of advice that she credits with changing the course of her life.

Greene, who made Institute history in 2020 when she became the first woman to chair the MIT Corporation, says she immediately recognized how fortunate she was to have landed at the Institute. “My first day on campus, I was admiring Doc Edgerton’s strobe photographs in the hallway when he appeared and invited me into the lab to see how the pictures were made. Everyone I met was so passionate and smart.”

After two formative years at MIT, including time spent with a group of early AI researchers, she put her degree to work as a naval architect designing ships, large ocean structures, and windsurfers. Then she returned to school, earning a master’s degree in computer science from the University of California at Berkeley in 1988. Greene went on to work as a software engineer, then executive, entrepreneur, and investor in the technology industry. She maintained a strong connection to MIT, both in volunteer roles and in recruiting fellow Tech alums.

“As I started building companies, I kept an eye out for MIT people since I knew how talented and committed they were, and I knew that they would fit in culturally.”

Greene’s first startup which she co-founded in 1995 and became CEO of, was video streaming software company, VXtreme. She also co-founded VMware, a company that pioneered virtualization and laid the groundwork for cloud computing. She served as president and CEO for the company’s first 10 years, taking the company public in 2007. In 2012, she cofounded and led Bebop, a software development platform that was acquired by Google’s parent company, Alphabet, in 2015. That year, she took over Google’s nascent Cloud Computing area and built out Google Cloud as an enterprise business over the next three years. She was CEO of Google Cloud and left in early 2019 as the business reached an $8 billion run-rate.

The common thread in all of her ventures, she says, is a love of building. “If there’s something I see that is worth building, then I want to make it happen. It is really just so much fun to take an offering to market that people love. It’s also fun to build a company culture of people that all enjoy working together and that are motivated to have a positive impact on the world. If, in doing that, you have success, then there is nothing better. It is a wonderful experience.”

Another constant throughout her life has been a focus on service, including to the MIT community. Greene joined the MIT Corporation as a term member in 2008 and was elected a life member in 2013 before being named chair in October 2020. She has been a member of the visiting committees for biological engineering, mechanical engineering (serving as chair), materials science and engineering, and electrical engineering and computer science. Greene has also been a member of the Deshpande Center Advisory Committee, a student externship sponsor, and a speaker at several MIT seminars and conferences. She notes how both her service and industry experience have led to her philosophy that      leadership is about ensuring the people in the organization—be it a company, a university, a community group—are all successful.

“As chair, I understand that I’m there to ask questions and keep the long-term interests of the organization in mind while also watching the short-term execution. The chair’s role is one of support and stewardship, as well as providing leadership of the MIT Corporation.”

Greene, who provided keynote remarks and a warm welcome to alumni at the Alumni Leadership Conference, September 24 – 25, shared her excitement about connecting with fellow alumni at the event. “I’ve gone to many MIT alumni events, and I always walk away with new knowledge and a new sense of awe at the amazing people that have come through MIT. So, for me, it’s a wonderful opportunity to be around truly exceptional and caring people.”