Meet the Alumni Association President, President-Select, and New Directors for 2020–2021 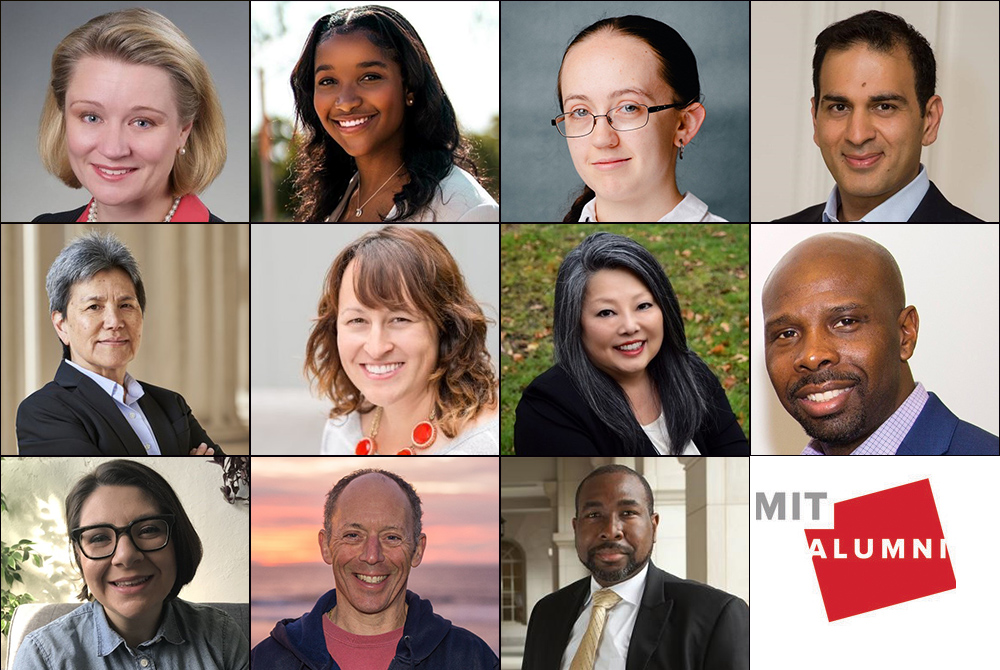 “The Covid-19 crisis has reminded us all of the importance of relationships and staying connected, both to MIT and to each other,” Kabcenell said in the July/August 2020 issue of Technology Review’s MIT News magazine. “I plan to focus on building and improving that connectivity, whether in person or virtually—as we must do during social distancing—because we are such a force when we band together.”

Read the full Q&A with Kabcenell, and learn below about the newly selected term members, who will serve multiyear terms; at-large director and ex officio member, who will serve one-year terms; and two invited student guests. Visit the Volunteer section of the Alumni Association website to learn more about Association governance and other alumni volunteer opportunities. 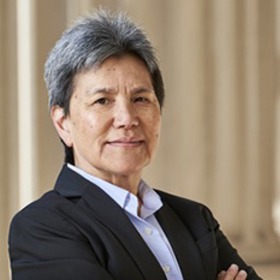 Charlene Kabcenell, now retired, was a vice president at Oracle Corporation. She received her SB in computer science and engineering from MIT’s School of Engineering. She is a life member of the MIT Corporation, and serves on multiple Corporation visiting committees and the Campaign Leadership Council, among other roles. Charlene has received the Harold E. Lobdell ’17 Distinguished Service Award from the Alumni Association. She and her husband, Dirk, live in Portola Valley, California. Read more about Charlene C. Kabcenell. 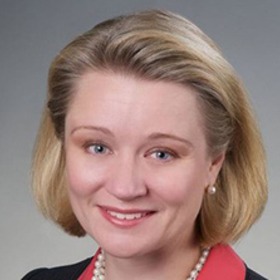 Annalisa Weigel has served as a member of the Alumni Association Selection Committee (AASC), on the MITAA Board of Directors as both a member-at-large and a young alumni representative, chair of the Annual Fund Board of Directors, class president for the Class of 1994, a Giving Day ambassador for the Annual Fund, an alumni engagement event speaker, and co-chair of the Fund Reunion Gift Committee. In 2004 Annalisa was awarded the Harold E. Lobdell ’17 Distinguished Service Award. 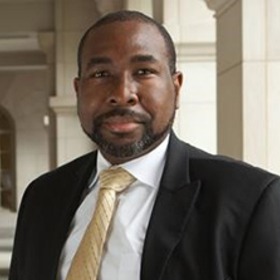 Dedric A. Carter earned an SB and MEng in electrical engineering and computer science from the School of Engineering and an MBA from the Sloan School of Management. He has served as a co-chair for the Fund Reunion Gift Committee, a member of the School of Engineering’s Dean’s Advisory Council, and volunteered for the Community Catalyst Leadership Program. He has served as vice chair for Black Alumni of MIT and on the Alumni Association Selection Committee, as well as several Corporation visiting committees. In 2008, Dedric received the Harold E. Lobdell ’17 Distinguished Service Award and was named to the Volunteer Honor Roll of Service. 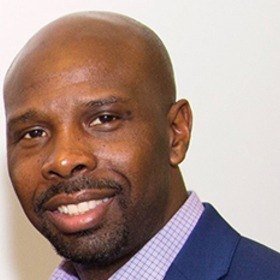 As director of community life for New York/New Jersey for the Community Builders, Inc., Michael G. Johnson leads strategic priorities for resident engagement, partnerships, and community development in New York City, upstate New York’s Capital District, Westchester County, and New Jersey. Michael received an MCP from the School of Architecture and Planning. He is currently serving on the Grad Gathering Committee, is an advisor on the Graduate Alumni Council, is Nominating Committee chair for the MIT Club of New York, and is a member of the Corporation Visiting Committee for Urban Studies and Planning. He served as president of the Club of New York from 2014 to 2016. Michael received the Institute’s Martin Luther King, Jr. Leadership Award in 2010 and received the Great Dome Award as part of the Graduate Alumni Working Group in 2019. He serves as adjunct faculty member with the School of Labor and Urban Studies of the City University of New York and is on the board of the Berean Housing Fund Development Corporation. 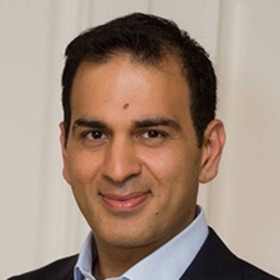 Shuja U. Keen received an SB in management from the Sloan School of Management. He serves as president of the MIT Club of Northern California (CNC) and as member-at-large for his Class of 1999, as advisor for Alumni Engagement Career Guidance, as a member of the MIT Insights Forum, as a member of the Club Councils, and was chair of the MIT Volunteer Leadership Summit Committee. He has previously served as an educational counselor and in various other positions in the CNC and Class of 1999. He was named to the Honor Roll of Service in 2017 and 2018 and received the Great Dome Award in 2018, for the MIT Club of Northern California Tech Conference, and the Harold E. Lobdell ’17 Distinguished Service Award in 2019. 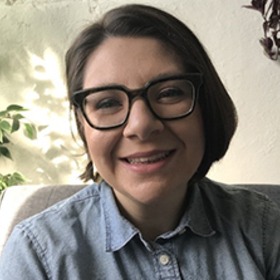 Taylor M. Rose received an SB in political science and management science from MIT. She serves as an educational counselor, an advisor for Alumni Engagement Career Guidance, and on the MIT10 Committee, and as chair for the Class of 2016. Previously she has been a Giving Day ambassador for the Annual Fund and chair of the MIT Senior Gift Committee. While at MIT, Taylor was involved with student government as the president of the MIT Panhellenic Association and her sorority. She received the Great Dome Award in 2017 as part of the MIT Class of 2016 Senior Gift Committee. She is currently pursuing her MBA at the University of Pennsylvania Wharton School of Business. 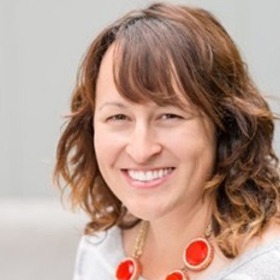 Lindsey R. Sheehan received an SB in environmental engineering from the MIT School of Engineering and an MS in fluid mechanics and hydrology (environmental engineering) from Stanford. Previously she served in numerous roles as part of the MIT Club of San Diego, including leading the K–12 STEM Education Committee. She recently joined the board of the MIT Club of Oregon and Southwest Washington. Lindsey has served as an educational counselor and an Externship Program sponsor. In 2019, she received the Margaret MacVicar ’65, ScD ’67 Award. 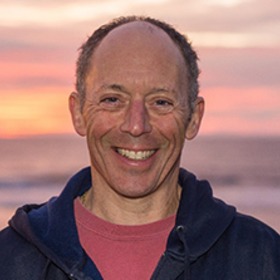 Steven P. Larky received an SB in electrical science and engineering from the MIT School of Engineering. Steven serves as a class fundraising agent, Crew solicitor for Fund DAPER, a member of the MIT Insights Forum, an advisor for Alumni Engagement Career Guidance, and on the Educational Council. Previously he was in numerous roles on the Fund Reunion Gift Committee including co-chair, served on the MIT Crew Alumni Association (MITCAA) Board of Directors as VP of resource development, and the Annual Fund Board of Directors and its Goals Committee. In 2012 he received the Great Dome Award, as part of the MITCAA, and in 2018 was awarded the Henry B. Kane ’24 Award. 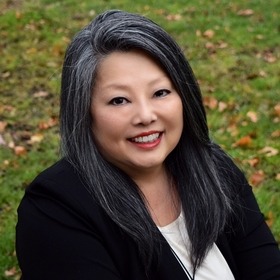 Hyun-A Park received her SB and MCP in urban studies and planning from the MIT School of Architecture and Planning. Hyun-A has received the Presidential Citation, the Harold E. Lobdell ’17 Distinguished Service Award, and the Bronze Beaver Award. She is the president of the Class of ’83, chair of the Council for the Arts at MIT, and has served in leadership positions for the PKG Public Service Center and her class reunion committee, among her numerous volunteer positions. She is a past president of the MIT Alumni Association Board of Directors. 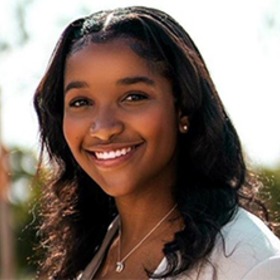 Danielle Geathers is a rising junior mechanical engineering major and the 2020–2021 undergraduate student body president. Geathers capped off a distinguished high school career that included distinctions in academics, athletics, and community service. She was selected as the 2018 Silver Knight Award (Athletics) winner, the 2018 Miami-Dade County Scholar Athlete of the Year, a Coca Cola Scholar, a Foot Locker Scholar, a Burger King Scholar, and a WAGS Scholar. During her tenure at MIT, Geathers has served as the student body’s officer on diversity and chair of the Diversity Committee. Additionally, she earned the distinction of National AP Scholar. Geathers is also the founder of Talented Ten, a program to recruit more black women to MIT. 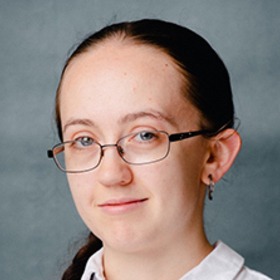 Madeleine Sutherland is the president of the MIT Graduate Student Council. She is a rising fourth-year in the Department of Chemistry and served as chair of Ashdown House Executive Committee last year. She uses solid-state NMR and simulations to listen in on interactions between biomolecules. She has experience in human rights advocacy and believes people are at their best when they’re supported in doing what they love. Her hobbies include cycling and loom-knitting enantiomeric blankets.

Congrants/ all the best for this difficult year.

Congratulations to all! A question, who or how would this new association will connect with international MIT alumni clubs? Regards. Adrian Gonzalez, MIT Mexico

Celebrating the Winners of the 2020 MIT Alumni Leadership Awards