Farmers Are Taking Notice of This Robot That Monitors Crops, Pulls Weeds

The Implications of Second-Wave AI and Deep Learning

According to Sebastien Boyer SM ’16, today’s farmers face a set of challenges: weeds threatening their crops are increasingly resistant to herbicides, while the safety of some of these same chemicals continues to be under question. That’s in addition to traditional farming challenges like backbreaking work and low crop yields.

While drones and satellite services for farmers have offered new tools to monitor crops, viable technology to remove problem plants without herbicide has not been developed—until now.

With their startup, FarmWise, Boyer and co-founder Thomas Palomares plan to aid farmers in both watching and working their land, with a little help from artificial intelligence.

When Boyer and Palomares first met as undergrads in their native France, they knew they wanted to work on something together in the future—something big. “We wanted to solve a large-scale, worldwide problem,” Boyer remembers.

After the two completed their graduate studies—Boyer at MIT and Palomares at Stanford—they began exploring industries where they could use their skills in engineering and computer science to make an impact. That’s when they turned their gaze on farming.

FarmWise offers an end-to-end solution for farmers, using software and hardware, computer algorithms and robotics. Its adaptable farm machinery relies on artificial intelligence to remove weeds and keep wanted crops intact—making tedious and herbicide-heavy farming practices less labor intensive, safer for the environment, and more efficient overall. Farmers can monitor all aspects of the work from afar, via a dynamic display on a tablet. 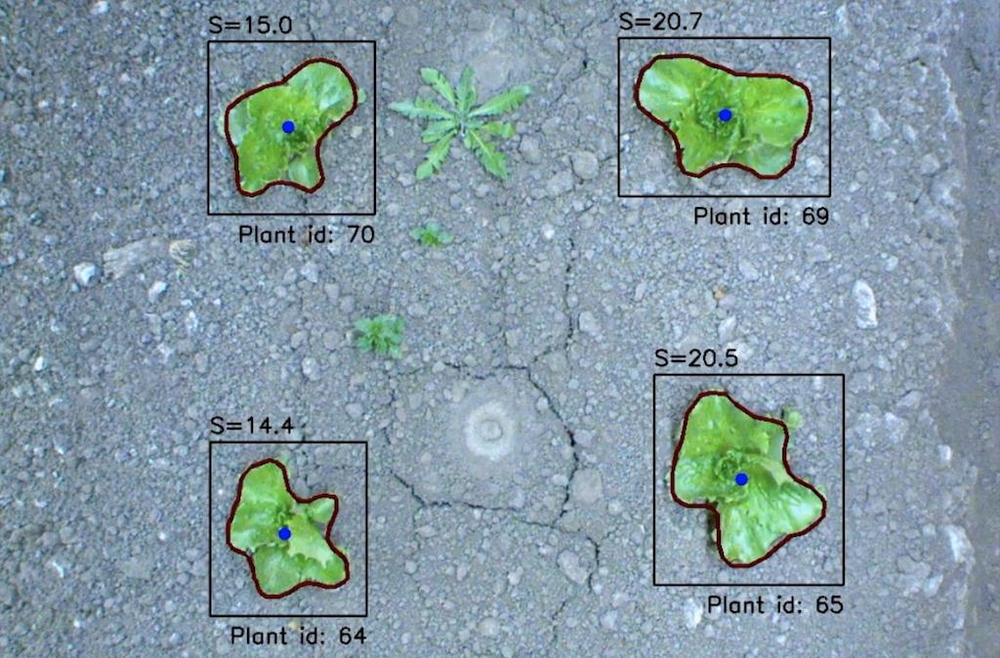 Using sensors and machine learning, FarmWise machines first comb through fields of crops and collect data at the individual plant level, capturing imagery and discerning between green sprouts that will someday be broccoli or cauliflower versus those that will grow into invasive weeds. After data is collected, pinpoint robotic technology comes into play. FarmWise machines are able to take a specific action on a single plant, like cutting a weed and removing it from a row of crops. This precise action can replace hours of manual labor for famers and reduce herbicide use.

“A lot of farmers use herbicides and send crew afterward to pull the rest of the weeds,” Boyer says. “This one process would replace that.”

Boyer says that farmers he has worked with are excited about the prospect of a more autonomous approach to working their land—with hopes of safer and less labor-intensive farming practices. “The number-one problem of specialty crops growers today is the lack of labor,” Boyer says. “We are filling gaps that are growing fast and threatening the industry.”

The company recently completed a successful trial with two of the largest vegetable growers in California, through the Western Growers Association, and is now taking preorders for its equipment.

“Our overall goal is to replace the herbicide and replace some of the manual work,” Boyer says. “We want to use technology to make farming more efficient and therefore more sustainable worldwide.”

The Implications of Second-Wave AI and Deep Learning

A More Intelligent System for the Scooter Wars