See Why This Stroke Survivor Biked 4,500 Miles Across the US 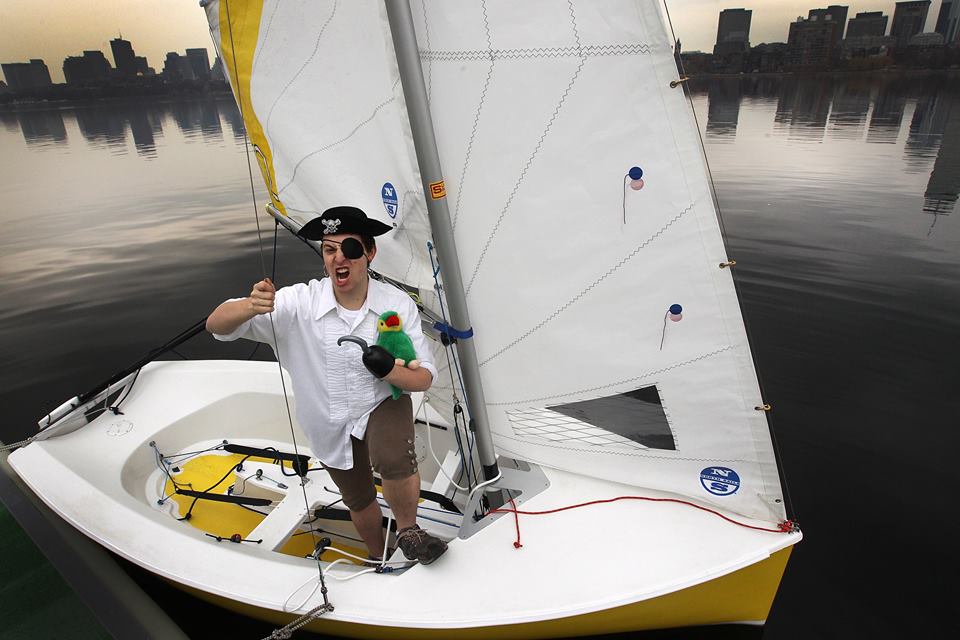 An underground campus custom has become an official and increasingly famous part of MIT culture. Although student pirates have roamed campus informally for decades, in 2011 the Department of Athletics, Physical Education, and Recreation (DAPER) began issuing MIT pirate certificates to students who completed specific requirements. Six students earned the inaugural certificates and, today, 354 MIT students and alumni have received certificates at a spring ritual—Pirate Induction Day.

The most famous MIT pirate may be actor and water activist Matt Damon, who received a certificate after his 2016 Commencement speech. Although he was hoping for an honorary degree, since he has not completed his Harvard undergrad requirements, he seemed delighted with his MIT honor. President L. Rafael Reif noted Damon’s “swashbuckling enthusiasm for science, engineering, and space exploration.”

Damon, however, is an honorary pirate, says Carrie Sampson Moore, director of physical education. Only MIT students and alumni can earn the genuine article. Part of the challenge is registering for the required courses: pistol (or rifle), archery, sailing, and fencing. The courses tend to fill up in moments, so the number of pirates certified each year—about 50—is limited. Since sailing requires passing the swim test, successful pirates have wrapped up their PE requirements with a hearty arrr, arrr, arrr.

“I think it’s a challenge and our students are motivated by any kind of challenge,” Moore says. “And this is very MIT. These courses are a nice combination of athleticism and mental challenge. And, if you think about the mythical sense of a pirate as ingenious and enterprising, the students think of themselves that way as well.”

And what do the students receive? The certificates, authorized by the “swashbuckling" Institute, are printed on faux parchment and affirm that the named “salty dog’’ is entitled to a pirate certificate “with all its privileges and obligations thereof." But don't expect to see MIT pirates commandeering boats up and down the Charles River. The certificate limits actual pirating to “entertainment purposes only.”

Think you deserve a certificate? Students—and alumni—who have completed archery, fencing, pistol (or rifle) and sailing can send an email to ahoymitpe@mit.edu with their name and MIT ID number.

See Why This Stroke Survivor Biked 4,500 Miles Across the US

MIT and Athletics: A Winning Team

From Killian Court to the Touch Rugby World Cup