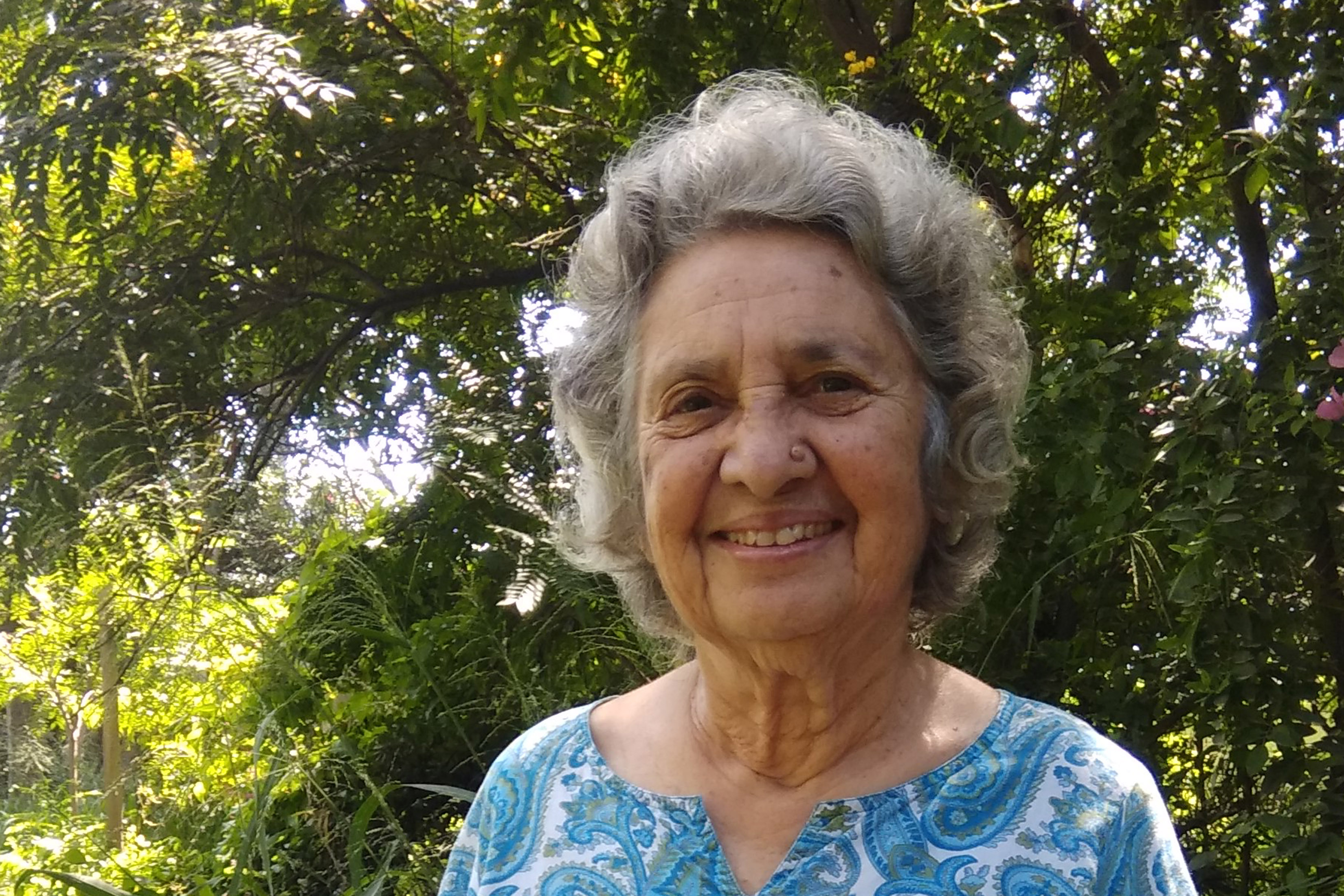 When Almitra (Sidhwa) Patel ’58, SM ’59 was in high school in India in the 1940s, girls learned to bake and sew during the periods when boys learned science. But Patel loved biology, so her father fought to enable her to become the first girl in the science track. “I thought it was embarrassing that he did that, but I loved the science,” Patel says. “I didn’t realize it was a big deal.”

A few years later, Patel became the first woman from India to earn an engineering degree from MIT. “Fortunately, I never knew I was a pioneer at the time. MIT is stressful enough without that,” says Patel, who was interviewed about her early experiences for MIT’s South Asia History Project.

Patel studied Course 9B, general engineering, and earned both her undergraduate degree and her master’s in materials science in three years. “That was a marvelous course, 9B,” she says, noting that the major required her to study a broad range of technical subjects. “I think that’s the best thing that ever happened to me.”

Having learned “a bit of everything,” as she puts it, Patel spent 31 years in industry, primarily working on refractory materials for induction furnaces. Then, facing a pollution crisis in her village, she went on to become one of India’s leading environmental activists, taking her fight against municipal dumping all the way to India’s supreme court.

It may seem a surprising pivot for a woman who helped India to industrialize, but Patel says, “I am always on the side of the environment.”

Patel’s father, whom she called a “serial industrialist,” grew up during British rule in India and worked throughout his life to make the country self-reliant. He launched several businesses, including one that made grinding wheels. For that, he needed an expert in refractory ceramics, so he identified one of the best programs in the world to learn ceramics at that time—MIT—and insisted his daughter apply.

Patel agreed—provided she could first study biology, which she did as an undergraduate at the University of Mumbai. She was then accepted into the master’s program at MIT, although she needed some prerequisite coursework. She therefore completed Course 9B as well as her master’s in materials science. “I appreciate it now in hindsight,” she says of the rigorous education she received at the Institute. “MIT teaches you logical decision making—rapid decision making with whatever information you have.”

This foundation paid off as Patel moved back home, joined her family’s suite of businesses, and quickly worked her way up to managing partner at one of them—refractory tools company DAKA—where she served from 1965 until 1991. “My pride and joy was going to the factories and learning from the furnace foremen right at the grassroots,” says Patel, who gathered the knowledge into a book on induction furnaces that was published in five languages.

After retiring in 1991, she took on a new challenge: the pollution piling up in her village near Bangalore. When she moved there in 1972, there was almost nothing but fields in the 12 kilometers between her home and the city. But then the city began dumping garbage along the roadside. As the piles neared her home, Patel said to herself: “I’m going to do something about this garbage.”

She began by working with the city of Bangalore, then joined two Clean India campaigns to educate municipalities across the country on hygienic waste management. She filed public interest litigation with the Supreme Court of India in 1996 and went on to serve on two Supreme Court committees on solid waste.

“Making the policy has been very satisfying, and its reach has been beyond my comprehension,” she says. Her landmark case led India to establish its first rules for solid waste management in 2000; more comprehensive rules were passed in 2016.

And while pollution remains a global threat, Patel is keeping at the problem, even now in her 80s. “I’m fighting on many fronts,” she says.