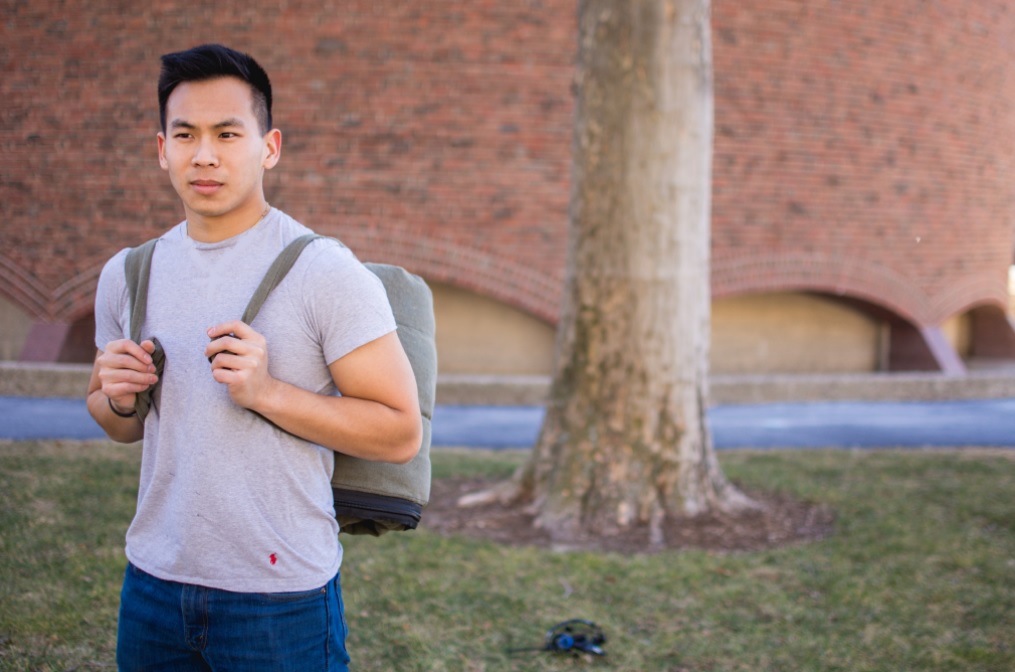 Vick Liu ’20 has long been a fan of mini documentaries, spending what he calls a “surprising number of hours watching them on YouTube.” But it wasn’t until he took Professor Vivek Bald’s Short Attention Span Documentary class that he considered making them himself. Liu came to marvel at how much vivid detail can be conveyed in a matter of minutes through creative imagery and sound.

Now, he’s applying the skills he learned at MIT to tell a powerful story with real-world impact. His nine-minute film Water Is Life highlights the work of the humanitarian nonprofit Water Wells for Africa, which has been bringing clean water to rural villages on the continent since 1996. Liu’s documentary aims to raise sufficient funds to help the organization construct a new fresh-water well.

“More people die from dirty water than from all forms of violence,” Liu says, pointing to a statistic from the film, released on YouTube in September. Liu produced and edited Water Is Life as a passion project, in addition to his current job in international sales and operations at a biomedical manufacturing firm. “You have the potential and the ability to convey really important messages to people who inherently care but may not have been exposed to a particular story yet. The best way to bridge that gap is through good storytelling.”

Liu first encountered the work of Water Wells for Africa during his sophomore year as a member of the Sloan Business Club, which helped the organization raise money and update its marketing. He knew the group’s efforts to provide clean water were making profound improvements to people’s lives, and he wanted to help tell that story in the most engaging way.

“I wanted to focus on one specific person; that way the direct effects that the water wells have on people in Malawi are very clear.” Liu sent a basic outline of this idea to the organization, and a crew gathered footage during the summer of 2019. Liu received back several hours of material, which he shaped and edited over several months. The resulting film centers on a young woman named Ruthnut before, during, and after the installation of a water well near her village.

Liu learned creative strategies like this from Professor Bald, whom he says has inspired him to continue finding ways to tell stories that can make a difference. “He pushed us to think about how much more we can do with this skill set after class, and what other stories need to be told,” Liu says.

This isn’t the first time Liu has noticed an issue facing people in need and developed a way to help. During his first-year preorientation program, Liu was struck by the homeless population struggling to stay warm in Boston during the winter. He came up with the idea for TravlerPack, an insulated sleeping bag designed to withstand extreme cold. He assembled a prototype in his dorm room, tested it on the roof of his fraternity, teamed up with classmates to raise funds for manufacturing, and ultimately partnered with nonprofits to distribute the sleeping bags to Syrian refugees.

“MIT does an incredible job of fostering the attitude that anything is possible,” Liu says. “Students develop the confidence to say, ‘Oh, I don’t know how to do this. Okay, let me go and learn how.’ It made me unafraid of pursuing something that I don’t understand.”

After graduating from MIT with a degree in finance, Liu returned to his hometown of Los Angeles, where he intends to continue pursuing his passion for documentary filmmaking. “I want to keep my eyes open to stories that I think are worth telling, and figure out how I can help convey them in the most compelling way,” he says.

Watching others like him grow more visible in the field, in movies like Crazy Rich Asians and Marvel’s Shang-Chi, has given Liu a valuable confidence boost, he says. “I personally feel very strongly that this new wave of Asians and Asian Americans in Hollywood is going to usher in and inspire the next generation,” he reflects. “It’s cool that I can potentially be a part of that.”

Are you engaged in volunteer service activities like Vick Liu? Check out the MIT Alumni Better World Service Initiative to connect with MIT alums working to meet great societal challenges through their volunteer efforts.

Photo (top): Vick Liu ’20 with a prototype of the TravlerPack on MIT's campus.