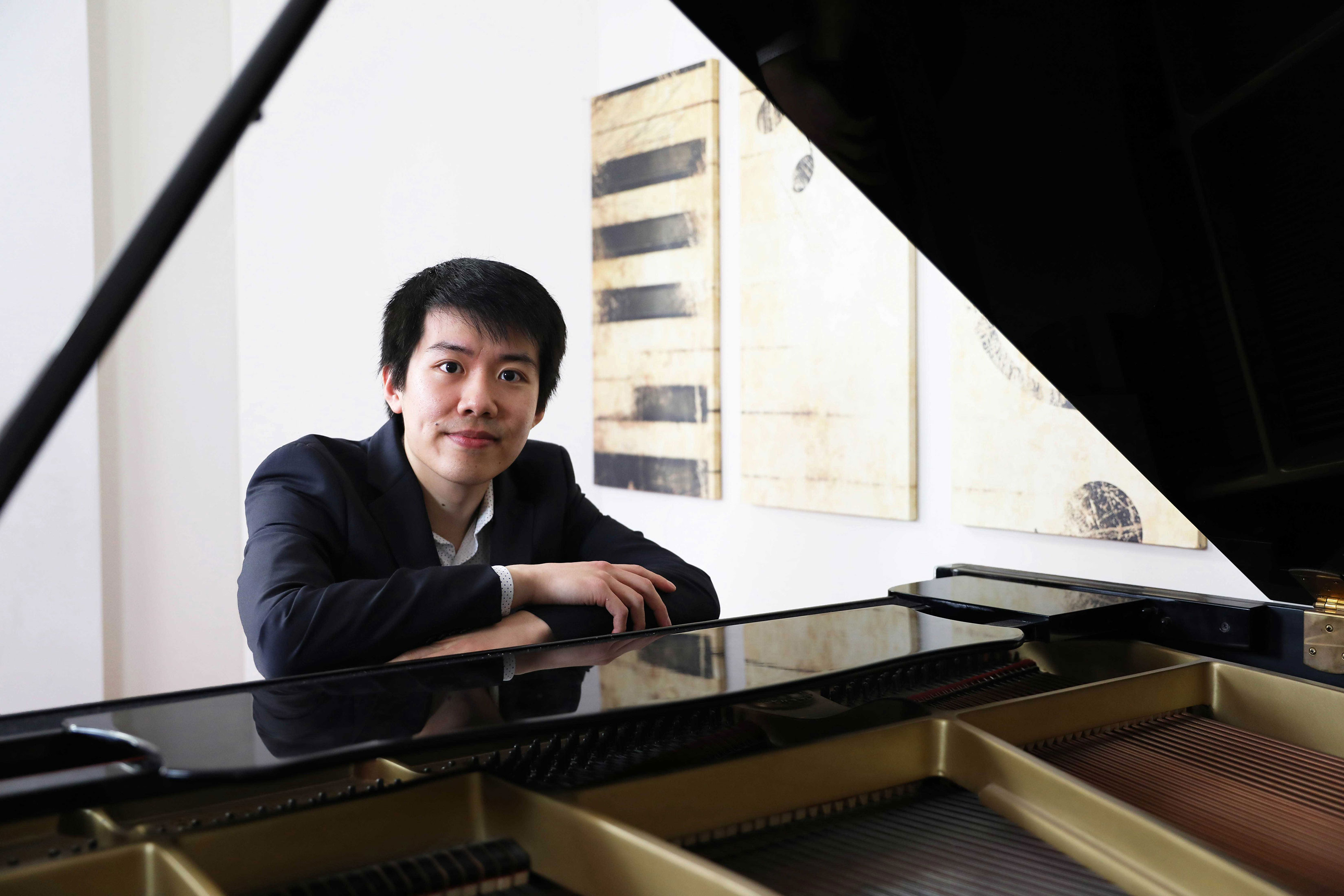 Sitan Chen PhD ’21 rarely goes a day without practicing piano, his biggest pursuit outside of work. The former Emerson Fellow, who will join Harvard as an assistant professor of computer science in 2023, first started learning piano from his mother, when he was 6 years old. “It’s a great outlet for stress, and to share a side of me that only music can express,” Chen says.

All that practicing has paid off. Chen has been tapped as a soloist for this month’s Tech Night at the Pops–a signature MIT reunion event now in its 124th year, which will take place on Friday, May 27, at 8:00 p.m. “It’s an incredible honor,” Chen says. “There’s a spontaneity to live performance that you can’t really recreate anywhere else.” The concert at Symphony Hall with the Boston Pops will mark his first with a professional orchestra, but Chen is no stranger to playing for an audience. He’s been invited to perform with the Kostroma Symphony Orchestra in Russia, the Georgia All-State Orchestra in his hometown of Atlanta, and at Carnegie Hall’s Weill Recital Hall in New York.

Your goal is not just to express your own feelings through the music but also to get into the mind of the composer. It’s almost like solving a mystery.

Chen, who was born in China and grew up mostly in Georgia, studied math and computer science at Harvard before pursuing his PhD at MIT. Chen’s professional interests are in theoretical computer science as it applies to machine learning. “My studies have been focused on developing algorithms with provable guarantees for problems that arise in data science,” says Chen, who is currently completing his postdoctoral research at UC Berkeley.

His Harvard professorship will mark a return to the Boston area, and a continuation of his commitment to education. “One of the main reasons I wanted to continue in academia is because I really like teaching,” explains Chen―who was a teaching assistant for math and computer science courses during undergrad and grad school—and particularly the chance to advise and learn from young PhD students.

That dedication to study applies to Chen’s piano playing as well. He has been working for the past decade with MIT-affiliated artist David Deveau, even taking lessons over Zoom. It was Deveau who recommended Chen for the Tech Night at Pops performance, and the piece he will perform, the last two movements of Sergei Rachmaninoff’s Piano Concerto No. 3, is one they’ve been working on since Chen was an undergraduate at Harvard. Chen first fell in love with the piece when he saw the movie Shine, in which it plays a central role. “It’s a great performance piece for its emotional depths and technical fireworks,” Chen says.

Though piano playing and theoretical computer science engage different parts of his brain, Chen says there’s a level of critical thinking and problem solving to both that he finds appealing. “In both STEM and music, there’s a fundamental baseline of skills you need to develop before you can really try to be creative and explore,” he says.

Chen considers playing classical music as an intellectual challenge. If the written notes are a basic set of instructions, a performer’s job is to bring them to life. “Your goal is not just to express your own feelings through the music but also to get into the mind of the composer. It’s almost like solving a mystery,” Chen says. A piece of music is an instrument of expression for the performer. “But it’s also a way to understand that people hundreds of years ago had the same kinds of passions, insecurities, emotions that we feel now,” Chen says. “Being able to channel that to an audience is one of the most rewarding things that you can do creatively.”

Are you celebrating a milestone reunion? Learn more about MIT Tech Reunions, May 27–29 on MIT's campus.