An MIT education famously encourages the melding of mind and hand—fostering a community of creators with the confidence and know-how to make whatever they can imagine. Not surprisingly, many student makers become alumni makers who channel their love of building and tinkering into their careers, their hobbies, and sometimes both.

Here are portraits of four of them.

The founder of Hume Integration Software, a company serving the semiconductor, flat-panel display, and electronics industries, Hume spends much of his free time pursuing his passion for live-steam locomotive modeling, the subject of a book he independently published in 2017. He is a non-resident member of the Houston Area Live Steamers, through which he has access to scale railroad track and the camaraderie of fellow enthusiasts.

Creations: In the photo above are four working live-steam locomotive models, “representing about a dozen years of hobby work,” Hume says. The three models to the left are sized for “Gauge 1” (45-mm) track and run on butane fuel, while the larger model on the shelf burns coal. Recently, he has built from scratch two old- fashioned railroad handcars at 1:6 scale, complete with robots to crank them. “There is something special about converting a pile of inanimate 2D metal pieces into something that has motion, sounds, and dynamics,” he says.

Tools: Hume has a metalworking shop attached to his home that he describes as “a refuge where I can concentrate mostly free of interruptions.” Over the years he has outfitted it with a CNC mill, a manual vertical mill, a metalworking lathe, and torches for brazing and heat treating. “A homemade filing machine is a highlight of the various bench and hand tools needed for these projects,” he says. 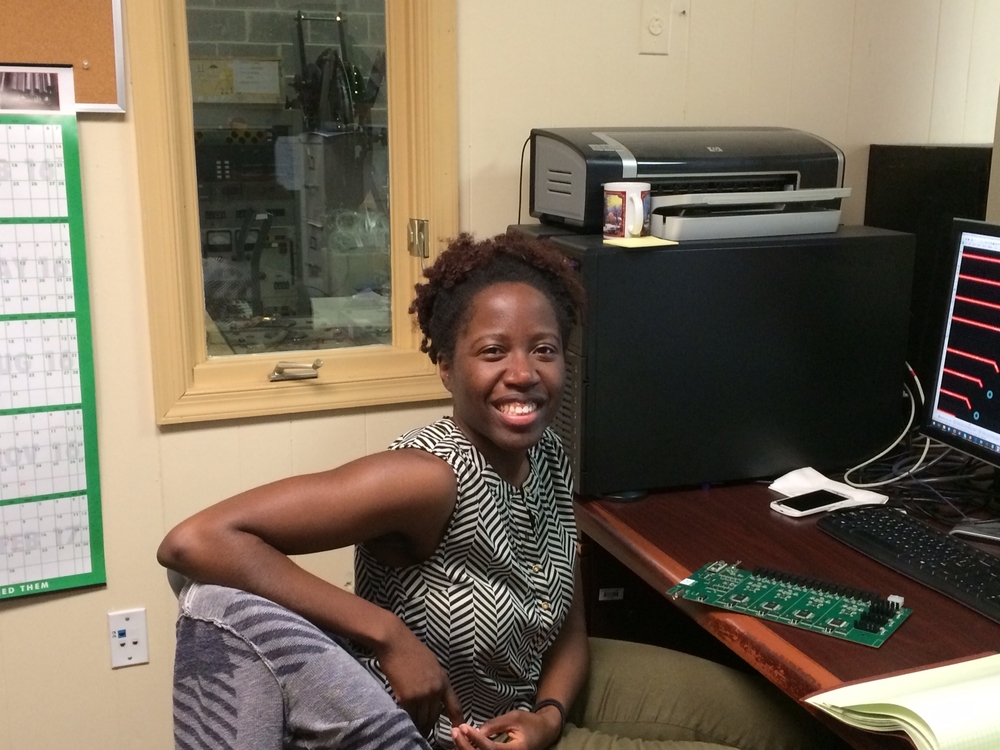 After using her MIT science background to build diagnostic instruments for HyperV Technologies, Williams now consults as a hardware engineer for clients including information technology and services firm Conduent and as a project manager for the US Federation of Worker Cooperatives. She is also the founder of a nonprofit called Social Conscience, which provides low-interest microloans in underserved communities and uses profits generated from those loans to complete what she calls “engineering service projects.” So Williams sometimes finds herself building circuit boards for groups like local startup FireBot (which makes fire suppression systems for home kitchens). In her spare time, she enjoys woodworking at the volunteer-run Baltimore Node. “I have always loved being a part of community maker spaces, mostly because of the intergenerational nature of such spaces,” she says. “The greatest part about learning woodworking is learning how furniture has evolved during the decades—from using hardwood to more synthetic or composite wood materials like MDF [medium-density fiberboard].”

Creations: When Williams wanted to add a small desk to her bedroom for writing in her journal, friends offered her a second-hand one. But its style didn’t suit her, so she “upcycled” it into a floating and folding desk. Some of her other favorite projects include building bookshelves, restoring an old bike, and crafting a jewelry box as a gift for a friend. 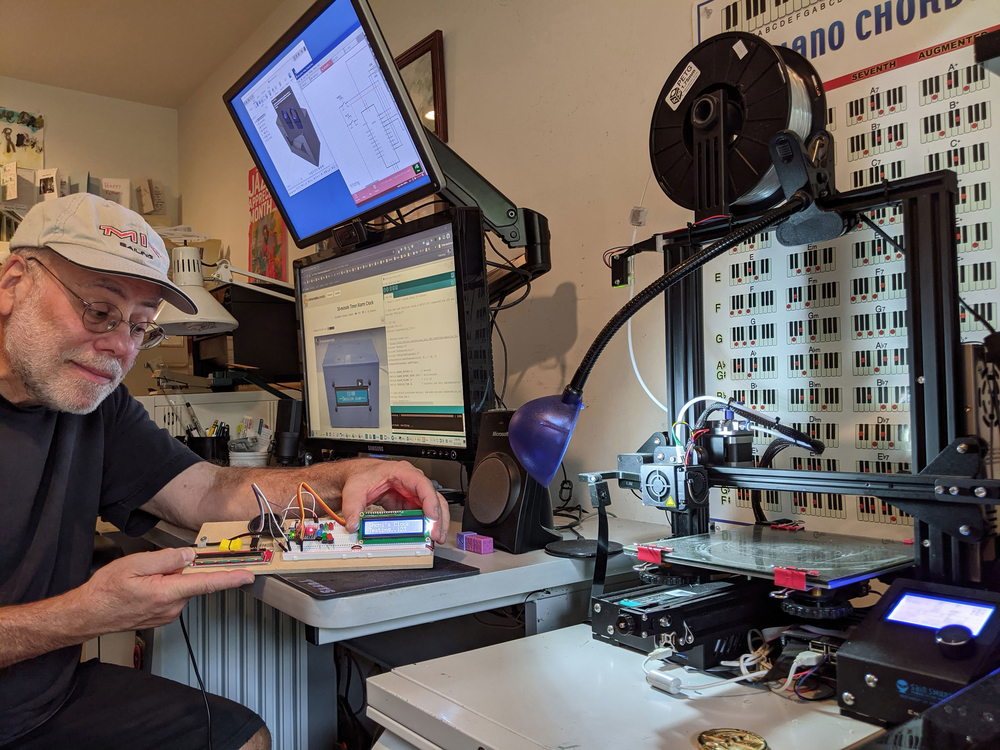 After retiring a few years ago from a career in product management for companies including Oracle and Sun Microsystems, Seltzer became the technologist in residence at the University of Colorado ATLAS Institute, which is devoted to “radical creativity and invention.” During the Covid-19 pandemic, Seltzer has missed his visits to the university’s BTU (“Blow Things Up”) Lab, as well as the regular “Boulder U-Fix-It” events he typically organizes at the Boulder Public Library’s maker space. Post-pandemic, he’s looking forward to regaining shared access to laser cutters and CNC (computer numerical control) machines. “But more importantly, I’m missing the community: random conversations with creative people, watching them build (and fail to build!) their imaginative ideas,” he says. For now, he is teaming up with others in the broader maker community to run virtual repair clinics. “It’s been illuminating and hopeful to witness a global repair culture where people are genuinely interested in helping others keep their broken items out of the landfill,” he says.

Creations: One of Seltzer’s 2020 projects answered the need of a friend whose business rents office space in 30-minute increments. She couldn’t find a clock that gently gonged on the half-hour, so Seltzer volunteered to make one. Above, he works on a prototyping board for the clock using an Arduino Pro Micro, a breadboard, an LCD display, and a speaker. “I have requests to make these for other people, so a revised design suitable for small-scale manufacturing is on my growing list of pandemic projects,” he says. Another recent accomplishment is repurposing a 1970s jukebox to play digital recordings of performances by UC Boulder music students: “Eventually, this will find its way to a comfortable out-door meeting space on campus.”

Tools: Seltzer’s home basement space contains a 3-D printer and a variety of electronic parts, tools, and computers. He’s become especially partial to open-source Arduino electronics while teaching introductory classes to middle and high school students. “The Arduino platform makes this technology accessible to many people at a low cost,” he says. 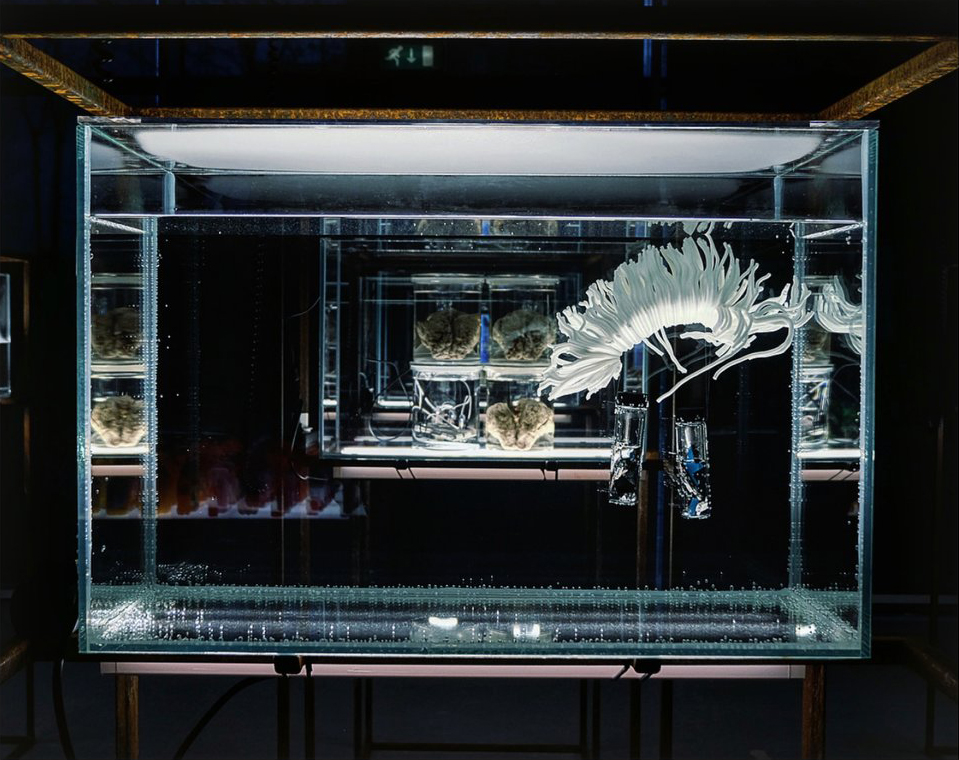 An award-winning interdisciplinary artist, Liu has exhibited at Ars Electronica, the Queens Museum biennial, Boston’s Museum of Fine Arts, and the MIT Museum. In May, her work is scheduled to appear at the Venice Architecture Biennale, curated by MIT dean of architecture and planning Hashim Sarkis. Liu has described the focus of her work as “the reciprocal relationships between science, technology, and their influence on human subjectivity, culture, and identity.” This past fall, she taught a course at Princeton University that combined training in digital media (Adobe suite, 3D modeling, rendering, AR/VR) with discussion of the social inequalities that she hopes her students will use their creativity to address.

Creations: The genesis for many of Liu’s ideas is the body: hers and others. In the photo at left, “I am making a perfume that smells like my husband—I was in a long-distance relationship with him while I was at MIT,” explains Liu, who recruited Harvard molecular biologist Noam Prywes to assist her in creating concoctions from volatile molecules extracted from shirts recently worn by her spouse. For her installation “Untitled: A Search for Ghosts in the Meat Machine” (above), which she debuted in 2018 and updated in 2020, she filled each of nine glass tanks with water equivalent to her body’s own liquid volume. In them, she floated representations of biology and technology, such as a 3D print of tissue from an anatomical scan of her brain.

Tools: Liu’s maker space in Queens is full of what she describes as “odds and ends from previous projects—artifacts filled with memory and emotion, along with my favorite books and artworks to inspire, and plants that I love in a feedback loop of mutual caring.” Among her essential gear she lists a microscope, watercolor brushes, a sketchbook, silicone casting supplies, an EEG (electroencephalography) headset, a laptop, and a Raspberry Pi computer. “And I think best with a hot cup of green tea,” she adds.

Meet more MIT alumni makers and share your own making story with @mitalumni on Instagram (or use #MITmaking on any social media platform).