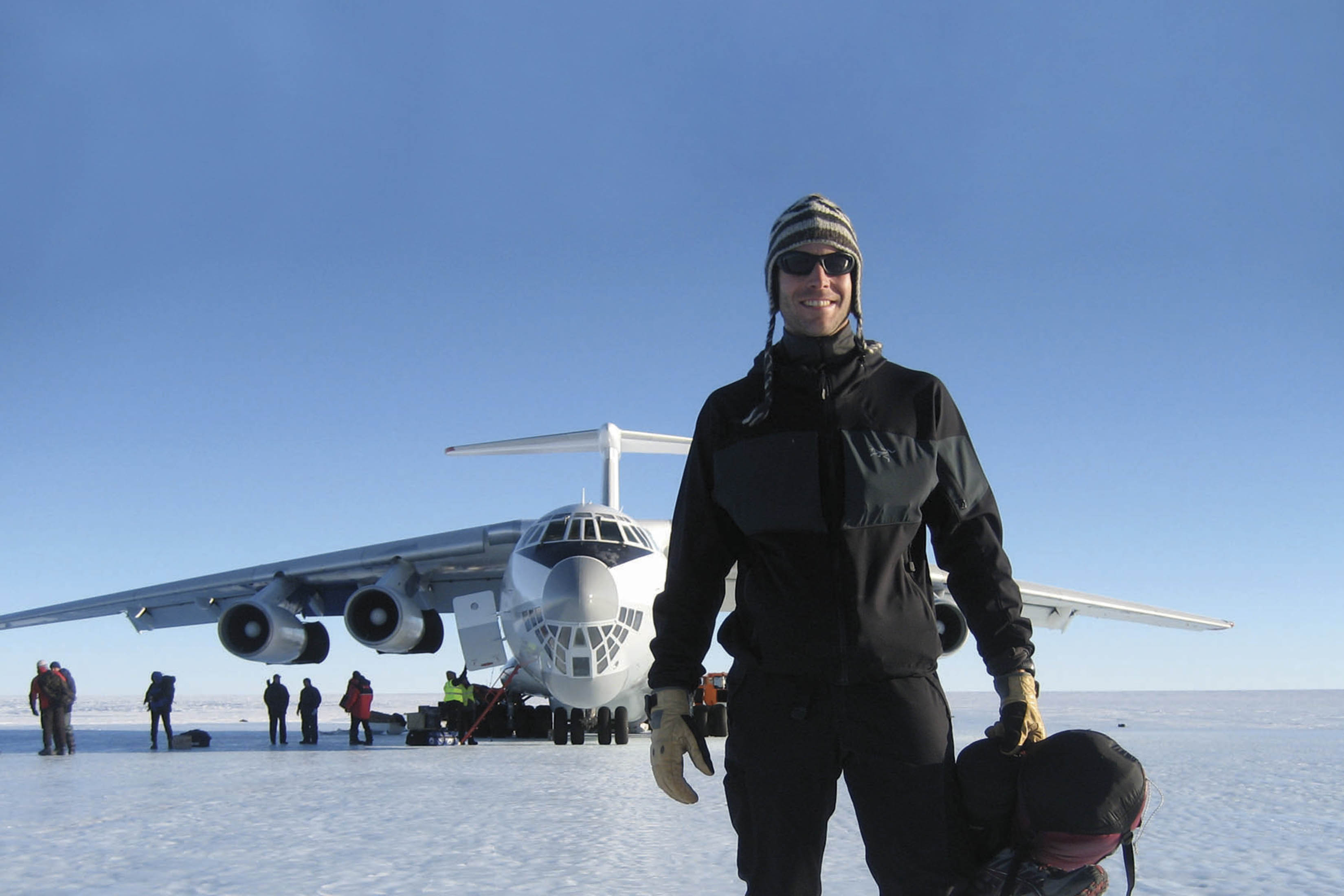 Greg Maud ’97 is an adventurer. He’s summited six of the Seven Summits—the highest peaks on each continent. He’s run over 150 marathons and ultramarathons. He’s swum the Strait of Gibraltar, raced in the Sahara Desert, and rowed solo across the Atlantic Ocean. The adventure bug has led him to the most punishing environments in the world—including four years at MIT.

Born in South Africa, Maud loved exploring and traveling as he was growing up in California and the UK. At age 15, “I decided to spend three weeks cycle touring around Europe by myself,” he recalls. “I cycled from France into Spain. There were all sorts of logistical nightmares along the way. But that is part of the adventure. Over time, the interest broadened from cycling to open-water swimming to trail running to climbing.”

He also loved chemistry, biology, and math, so “getting the acceptance letter from MIT—it was kind of a no-brainer,” he says of his decision to enroll. During school breaks, he backpacked through Madagascar and spent eight weeks traveling in India, Nepal, Tibet, and China. But MIT was also a way to “see what’s around the next corner.” He participated in the swim team and the MIT Outing Club and went caving. He hiked and camped, even in winter. He went scuba-diving all over the Northeast and qualified as a dive master.

At MIT, Maud felt he’d found his “tribe,” faculty and students who also approached the world with new ideas. He met his wife, Sarah (Black) Maud ’96, now a teacher after working as a commercial consultant in the electricity sector, in a 5.12 organic chemistry class. “We’ve joked about it so many times, it’s terrible—the chemistry must have been right,” he says.

The two headed on a new adventure after graduation: back to South Africa. While living in Burton-Conner, Maud had managed the snack bar and discovered a passion for business, which he parlayed into a 20-year career in the mining industry. The family relocated to Colorado in 2017, and this year, he started a new job in international management consulting.

His athletic adventures continue. Early in 2022, he rowed 700 miles from Antigua to Turks and Caicos. He has plans to climb the last of the Seven Summits—Alaska’s Denali—and to traverse Antarctica on foot.

Maud’s kids also like adventure and enjoy frequent family hikes in the Rockies. His son, Spencer, is intrigued by the idea of extraterrestrial adventures and designs solar systems and habitable planets for fun. His daughter, Neve, has big goals, too: she wants to row across the Pacific with her dad.