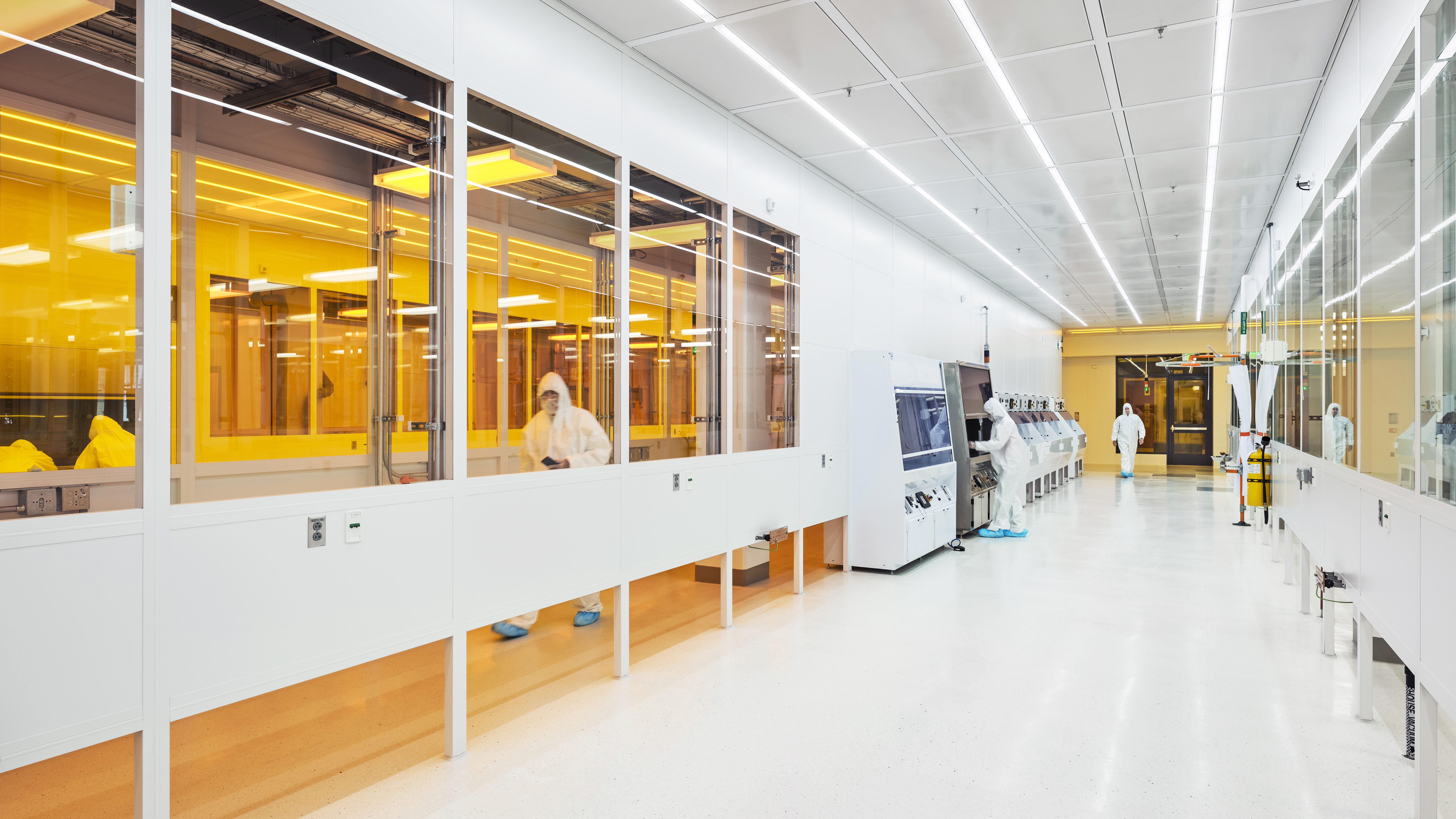 Abbie (Carlstein) Gregg ’74 remembers giving up on wearing lab gloves during her undergraduate research at MIT. There weren’t any small enough to fit her, at a time when undergraduate men outnumbered women on campus 15 to 1. Even so, it was the first time she’d met other women interested in engineering and technology—and she quickly found a home in the Metallurgy Department (now Materials Science and Engineering). Four decades later, Gregg has made a career designing cleanrooms and labs for semiconductor manufacturing and research all over the world.

At MIT, Gregg was drawn to semiconductors. For her thesis, she and collaborators sent semiconductor crystals into space on NASA’s Skylab to test the theory that gravity causes non-uniformities in crystal growth, which they predicted would lead to defects in circuit function as chips became more complex. “We brought the crystals back to Earth and we measured them, and sure enough, they were completely uniform,” she recalls; meanwhile, those they’d grown on Earth “had all these non-uniformities.” Gregg would later revisit this work as a “thought experiment” for an aerospace company exploring device fabrication in space.

After MIT, Gregg worked at Fairchild Semiconductor on improving its manufacturing. Through discussions with workers, “I became interested in the built environment, and in optimizing both the human factors and the product yield,” she says.

Gregg began designing semiconductor manufacturing plants, spending about 10 years as a “startup junkie” at different companies before founding Abbie Gregg, Inc. The firm completed some 850 projects, primarily for university, industry, and government labs, before it was bought in 2019 by AM Technical Solutions (where Gregg is now chief technology officer). She strives to create spaces that are safe, functional, and aesthetically pleasing, with plenty of windows and natural light. “People don’t put windows in cleanrooms because they say ‘We don’t want to look at an industrial scene,’” Gregg says. “But if a cleanroom doesn’t look beautiful, there’s something wrong with it; it’s poorly planned or it isn’t maintained.”

One of Gregg’s favorite projects brought her back to where she started: MIT. She did the initial planning and design for the cleanrooms and labs in MIT.nano, MIT’s new home for nanotech research. Shortly after it opened, she visited campus for her 45th reunion in 2019. “I stopped and watched the new graduates peeking into that building and showing their parents,” she recalls. “That was the most amazing feeling. That’s my legacy.”

Photo (top): the cleanrooms at MIT.nano. Courtesy of Wilson Architects/HGA.