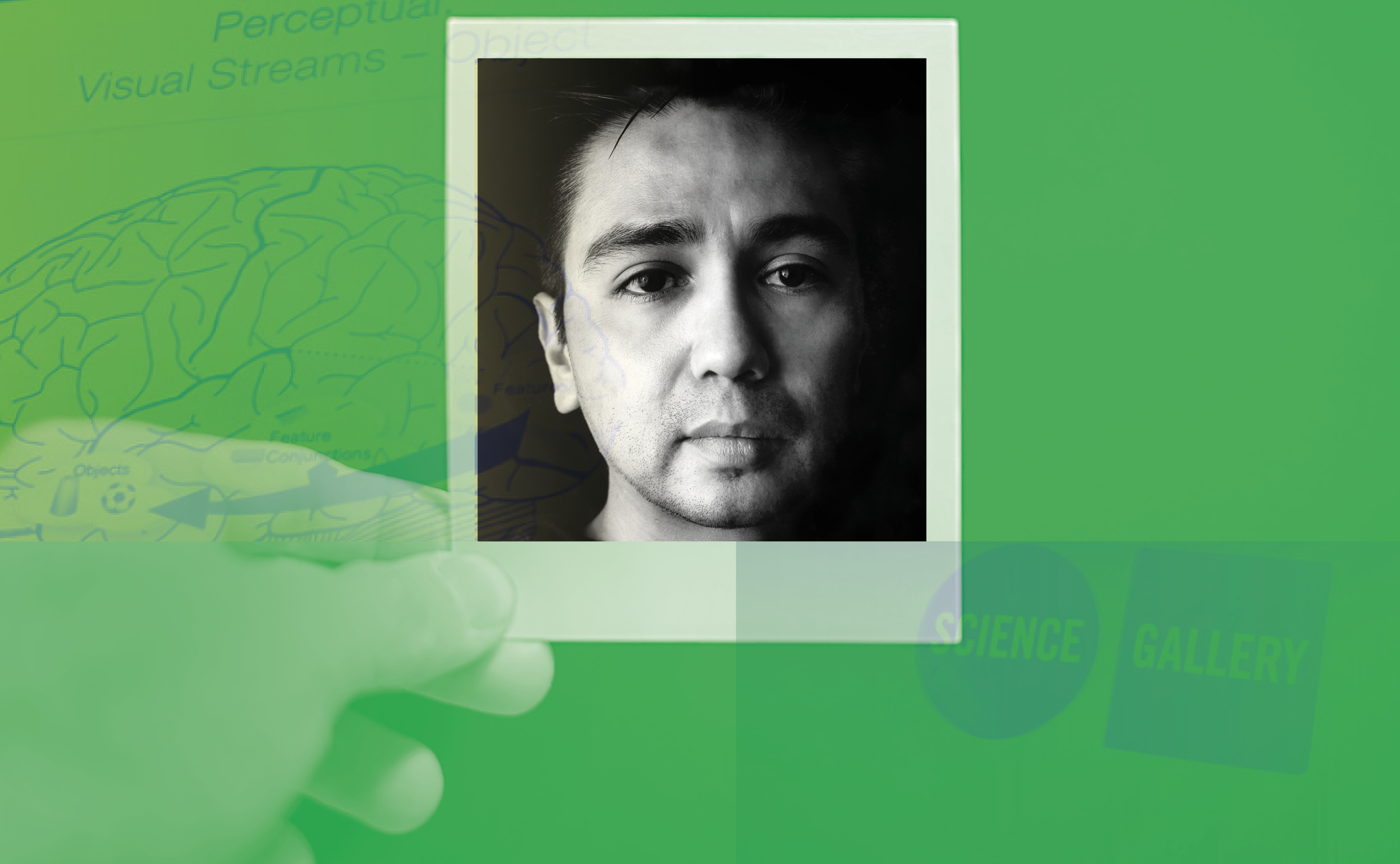 Although he originally wanted to be a physicist, a love for psychology and philosophy landed Joshua Sariñana PhD ’11 in neuroscience. “I wanted to study consciousness at multiple levels—the behavioral, physiological, and the genetic—how the brain communicates information from single neurons to larger networks of the brain. Trying to connect all these different systems at once, there’s only a handful of places that you can actually do this type of research, MIT being one of them,” explains Sariñana, a science communications manager, award-winning photographer, and writer.

Professionally, Sariñana communicates research and encourages collaboration for the clinical neuroscience community. But that’s just one way he uses his background to help “translate the astonishing and majestic aspects of science into something that the general public can connect with and have a deep emotional response to.” Sariñana, who even writes for MIT Technology Review, recently brought his photography and writing talents together to co-produce an art exhibit, The Poetry of Science, which pairs scientists of color with poets of color to explain their scientific work via poetry.

The exhibit, which is on display in the MGH Cancer Center starting on September 28, is inspired by his neuroscience background—applying his knowledge of how the brain works to help broaden people’s perspectives. The exhibit aims to increase the representation of Black, Indigenous, Latinx, Asian and Pacific Islander, and all people of color’s experiences in the fields of poetry, the sciences, and photography.

“The depiction of people of color in the media is often through being physically harmed, violence, and by negative racial characterizations. Witnessing the continuous violence onto people of color is physiologically and emotionally detrimental to our nervous system. The amygdala, a brain region that associates environmental cues with potential danger, becomes larger because of constant stress, and it also underlies general anxiety. This leads people to avoid things that they create negative associations with and are anxious about. The Poetry of Science seeks to assert a positive association between people of color via the aesthetics of imagery, compelling poetry, and the emotional excitement and awe that comes with understanding nature by the sciences.”

The idea for the exhibit had been brewing for a while, he says, but a call for local projects to address racial and social injustice from the Cambridge Arts Council last summer—following the death of George Floyd and ensuing protests—compelled him to act. Sariñana connected with a local poet, Linsey Jayne, to apply for funding, and their project was chosen. The two oversee a cohort of 21 participants: scientists (including MIT alumni (Daniel Chonde ’07, Huili Chen SM ’18, Shannon Johnson SM ’19); poets; and local MassArt student and photographer of color Vanessa Leroy. In addition to the initial exhibition, the project will be on display in the MGH lobby starting on November 13 and at the MIT Rotch Library starting December 6—with other local venues to be announced.

For Sariñana, science, communication, and the arts have always been intertwined, and now he’s brought them all together for the public to see. He also hopes The Poetry of Science can serve as inspiration to increase representation for the next generation of scientists. “As a little kid, I didn’t have many models to look up to who were scientists of color. My getting into science was partly due to the fact that popular physics books were really taking off while I was in high school. It was written so that I could understand it and connect with it. I was captivated by it, and I would get goosebumps when it was written well. There’s exceptional opportunity for science and art to work together to translate complex and seemingly out-of-reach ideas to the public, and this project is another way to do it.”

Are you engaged in volunteer service activities like Joshua Sariñana? Check out the MIT Alumni Better World Service Initiative to connect with MIT alums working to meet great societal challenges through their volunteer efforts.