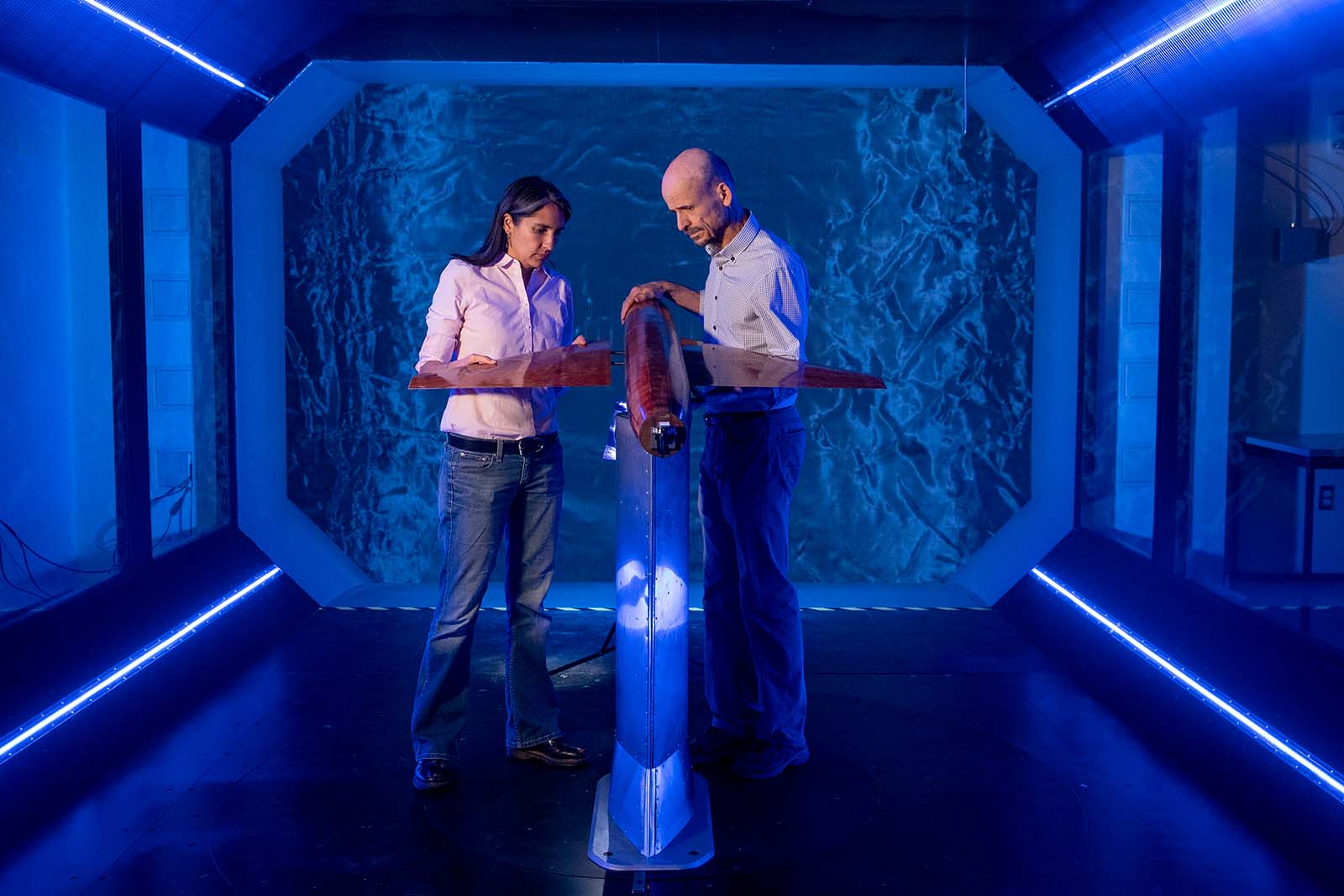 What do World War II aircraft, subway station entrances, Olympic ski apparel, and thousands of MIT students have in common? They’ve all taken a spin, in some form, in the Wright Brothers Wind Tunnel, which for eight decades has been a force for education and experimentation in aerospace, architectural, vehicular, and other engineering systems at MIT. In 2019, the vintage tunnel was demolished to make way for a new facility, funded in part by a gift from The Boeing Company and from Becky and the late Arthur (Art) Samberg ’62. The tunnel will opened fully to students, faculty, and industry collaborators later in 2022.

Boeing and MIT share a long history. On July 4, 1915, William E. Boeing took his first seaplane flight with George C. Westervelt, a graduate of MIT’s first-in-the-nation aeronautics course. Boeing and Westervelt would go on to build their own plane, the B&W, and found the Pacific Aero Products Company, later incorporated as Boeing.

Mark Drela ’82, SM ’83, PhD ’86, the Terry J. Kohler Professor in the Department of Aeronautics and Astronautics (AeroAstro), oversees the new tunnel, built by Maryland company Aerolab. “As we expected, our students and faculty have been blown away by the new capabilities,” says Drela. “The tunnel is offering unparalleled opportunities for the MIT community and our industry collaborators to play a part in the future of aeronautics research and education.”

Eight things to know about the newly upgraded facility

1. The tunnel is the largest and most advanced of its kind in US academia.

2. The new tunnel more than doubles the volume of the test section, where models are put through their paces, compared to the original without increasing the facility’s footprint on campus— a significant achievement that required an entirely new architecture, Drela says. The ultra-compact facility has 20% of the structural mass of similar-capacity conventional wind tunnels, meaning 80% less steel was needed for MIT’s version.

3. The former test section had a 57-square-foot oval flow area and was limited to 150 mph with relatively high turbulence. The new version improves on its predecessor with 90 square feet of space, much better air-flow quality and visibility, and a top speed of 230 mph.

4. To fit a modern, large-capacity wind tunnel into a tiny pocket of Cambridge real estate, designers introduced a number of space-saving innovations such as combining normally separate components and adding a boundary layer ingestion fan with novel-shaped blades that reduce the drive power by 17% and allow a shorter main diffuser, or duct.

5. A MATLAB-based data-acquisition and control system, supported by MathWorks, provides precise control over the tunnel’s operations and collects and logs data— replacing an error-prone clipboard-and-spreadsheet method. The system prevents unauthorized access and triggers a shutdown should anything go wrong. In other words, “you can’t break the tunnel on a keyboard,” says Drela.

6. The tunnel’s closest campus neighbors now benefit from a facility much quieter than its clamorous forebear. With the fan running at 120 mph, a noise measurement at a nearby office window revealed levels of 65 decibels, about as loud as car traffic on the street outside.

8. Building 17, the wind tunnel’s home, has also been overhauled, introducing new space for faculty and the MIT Rocket Team and a new connection to the adjacent Building 33. As a result, AeroAstro now has contiguous space on campus for the first time in its long history.

This story was originally feature in MIT Spectrum.