A Voice for Native Voices 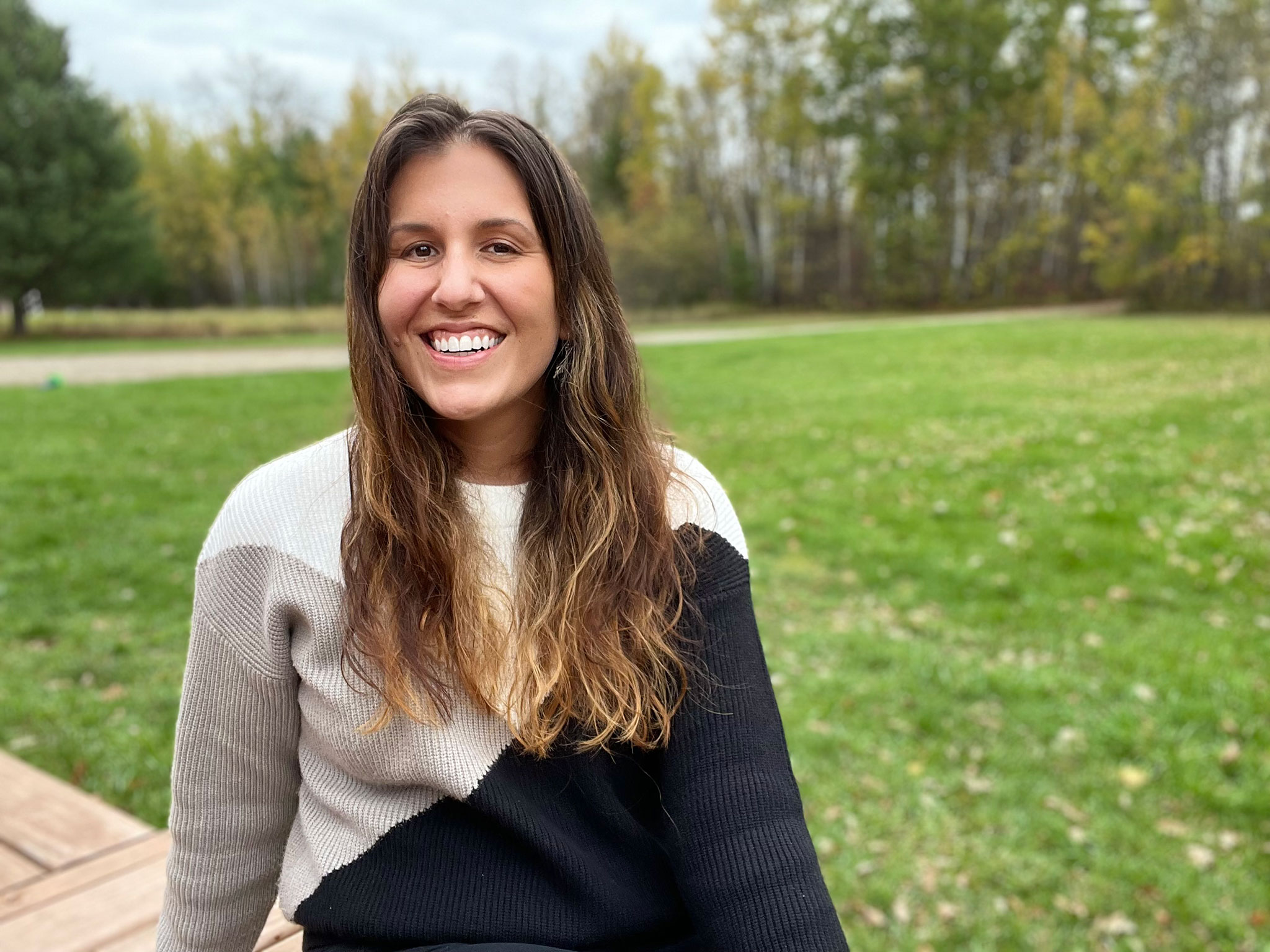 Leah Lemm ’04 and her family live in Grand Rapids, Minnesota. Her home isn’t off the grid, but it is fitted with solar panels, a wood stove, and a compost toilet, as well as state-of-the-art microphones and recording equipment. Although her most frequent visitors are bears, beavers, racoons, and giant weasels, Lemm regards these animal visitors as spirits that should be welcomed. “I say good morning and thank them for visiting, but I do hope they go away,” says Lemm, whose passion is to amplify Native voices, and who does so as an independent podcast host, producer, and musician.

A member of the Mille Lacs Band of the Ojibwe tribe, at age 15 Lemm participated in the Native American Preparatory Scholars (NAPS) Fund initiative in Santa Fe with Native kids from around the US. The program, called College Horizons, is designed to increase the number of Native kids who enter and graduate from college. There, Lemm learned about MIT’s six-week academic enrichment summer program for rising high school seniors interested in studying science and engineering, and she enrolled the following summer. She then applied to and joined MIT’s class of 2004. “During those four years at MIT it felt so wonderful to have to push my brain, to embrace greatness as a goal, to be—not arrogant—but proud of being wicked smart.”

After graduating from MIT with a bachelor’s degree in economics and a minor in creative writing, Lemm earned a professional diploma in music production and engineering at the Berklee College of Music. “I wanted to do something unique to me. That was a message I took away from MIT. I didn’t only want a job. I wanted a place where I could bring all parts of myself to the organization.” She returned to her home state of Minnesota and joined Minnesota Public Radio (MPR), transmitting, distributing, and duplicating the audio of local and national broadcasts. Lemm worked at MPR for seven-and-a-half years while simultaneously creating original music as a singer/songwriter.

As her career evolved, it was clear that she wanted to spend more time on the stories that mattered to her. “Another message I took away from MIT was to do something with my life that only I could do. Ninety-nine percent of stories in the media are being told through a colonial/white settler lens. I wanted to learn how to tell more Native stories, so I went back to school.” In 2018, Lemm obtained an MFA in creative writing and poetry from the Institute of American Indian Arts in Santa Fe.

Today, Lemm reports for a weekly five-minute segment through the Association of Minnesota Public Educational Radio Stations (AMPERS) called Minnesota Native News. With her brother, Cole Premo, she hosts and produces the podcast Native Lights: Where Indigenous Voices Shine. The podcast is a space for people in Native communities around Mni Sota Makoce—the Native Dakota people’s term that has been translated to "Minnesota"—to tell their stories about finding their gifts and sharing them with others. The show also seeks to examine media portrayals of Native people and the absent or invisible narratives that allow stereotypes and misconceptions of Indigenous Peoples to both persist and proliferate.

Since the pandemic is disproportionately affecting Native peoples (the CDC found Covid cases to be 3.5 times higher in American Native populations compared to non-Hispanic whites), Lemm has added a special-edition podcast to her roster, Covid-19 Community Conversations. “With these shows I bring my voice, my people’s experiences and perspectives, to the airwaves.”

Although the peace and quiet of the small town where Lemm resides with her husband and young son is markedly different from Cambridge, and the suburbs of Minneapolis, it’s that environment, she says, that enables her to connect with members of her community and inspires her work.

“Out here, it’s easier to recognize the folly and arrogance of humans who seek to manage or, worse, control the environment instead of being both in awe and in sync with it,” says Lemm. “And I feel more connected to the earth, my ancestors, and my animal neighbors.”

Grateful for another alumna who found her own path

Leah - lovely article on learning an analytical way to see the world and then integrating your own spirit with your new and old
knowledge to create a life of empowered service and work.