Viral Video Creator is a Voice for Muslim Women 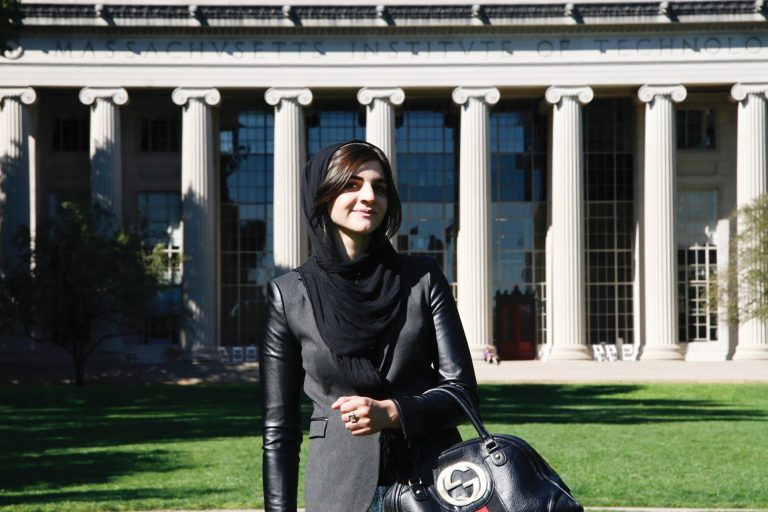 Layla Shaikley SM ’13 began her master’s in architecture at MIT with a hunger to redevelop nations recovering from conflict. When she decided that data and logistics contributed more immediately to development than architecture did, ­Shaikley switched to the Media Lab to work with Professor Sandy ­Pentland, PhD ’82, and became a cofounder of Wise Systems, which develops routing software that helps companies deliver goods and services.

“There’s nothing more creative than building a company,” says Shaikley. “We plan the most effective routes and optimize them in real time using driver feedback. Better logistics can dramatically reduce the number of late deliveries, increase efficiency, and save fuel.”

But Shaikley is perhaps better known for a viral video, “Muslim Hipsters: #mipsterz,” that she and friends created to combat the media stereotypes of Muslim women. It reached hundreds of thousands of viewers and received vigorous positive and negative feedback.

The video “is a really refreshing, jovial view of an underrepresented identity: young American Muslim women with alternative interests in the arts and culture,” Shaikley says. “The narrow media image is so far from the real fabric of Muslim-­American life that we all need to add our pieces to the quilt to create a more accurate image.”

Somewhere In America #MIPSTERZ from Habib Yazdi on Vimeo.

Shaikley’s parents moved from Iraq to California in the 1970s, and she and her five siblings enjoyed a “quintessentially all-­American childhood,” she says. “I grew up on a skateboard, and I love to surf and snowboard.” She feels deeply grateful to her parents, who “always put our needs first,” she adds. “When we visited relatives in Iraq, we observed what life is like when people don’t have the privilege of a free society. Those experiences really shaped my understanding of the world and also my sense of responsibility to give back.”

Shaikley says the sum of her diverse life experiences has helped her as a professional with Wise Systems and as a voice for underrepresented Muslim women.

“My work at MIT under [professors] Reinhard Goethert and Sandy ­Pentland was critical to my career and understanding of data as it relates to developing urban areas,” she says. “And every piece of my disparate experiences, which included the coolest internship of my life with NASA working on robotics for Mars, has played a huge role.”

Shaikley lives in Boston with her husband, Hadi Durali, who connected with her on Facebook after reading her 2014 commentary in the Atlantic about the #mipsterz video’s emotional impact. They were married in August 2016.

This article originally appeared in the March/April 2017 issue of MIT Technology Review magazine.