Two MIT alumni and an MIT professor have won 2012 MacArthur Fellowships, commonly called the Genius Awards. The grant honors U.S. citizens and residents—of any age or professional field—who show exceptional merit and promise for continued and enhanced creative work. Each fellow receives a $500,000 prize to be used without discretion. 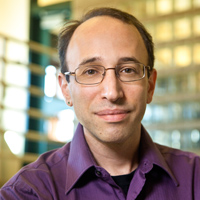 Daniel Spielman PhD ’95 is a Henry Ford II Professor of Computer Science, Mathematics, and Applied Science at Yale University. Spielman studies communication, and how it can measure, predict, and regulate environment and behavior. Spielman’s research resolved a long-standing mystery of computer science: why a venerable algorithm for optimization—such as computing the fastest route to a location—tends to work better in practice than theory would predict. 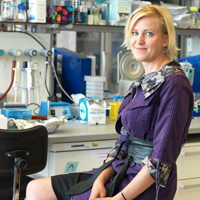 Melody Swartz PhD ’98 is an Institute of Bioengineering professor at École Polytechnique Fédérale de Lausanne in Switzerland. Her research investigates chemical microenvironments, and focuses on the processes of organ development and maintenance, and the immune responses to tumor invasion. Her research has shown that direct mechanical forces can influence tissue vascularization, and that some solid tumors can secrete chemical signals that mimic the mechanisms used by lymphatic tissue. [Watch a MacArthur Foundation profile on Swartz.] 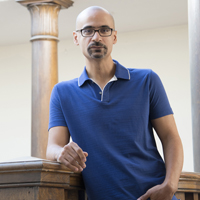 Junot Díaz is the Rudge and Nancy Allen Professor of Writing, Program in Writing and Humanistic Studies at MIT. Díaz was honored for his work in fiction writing, which focuses on Caribbean migration and American assimilation. His works include Drown (1996), an anthology of interrelated short stories; The Brief Wondrous Life of Oscar Wao (2007), which follows three generations of a family living in both the Dominican Republic and the United States; and This Is How You Lose Her (2012), a story collection about a young Dominican from New Jersey. [Watch a MacArthur Foundation profile on Díaz.]

In total, 17 MIT faculty and three staff members have won the award, which dates to 1981. In addition to Swartz and Spielman, recent alumni to win the award include:

congratulation Daniel Spielman and others how achieve a mile stone in their life I wish you achieve more awards and success .

A Pandemic-Prompted Experiment in How We Engage with Art