For These Engineers, Starliner’s Crew Is Top Priority 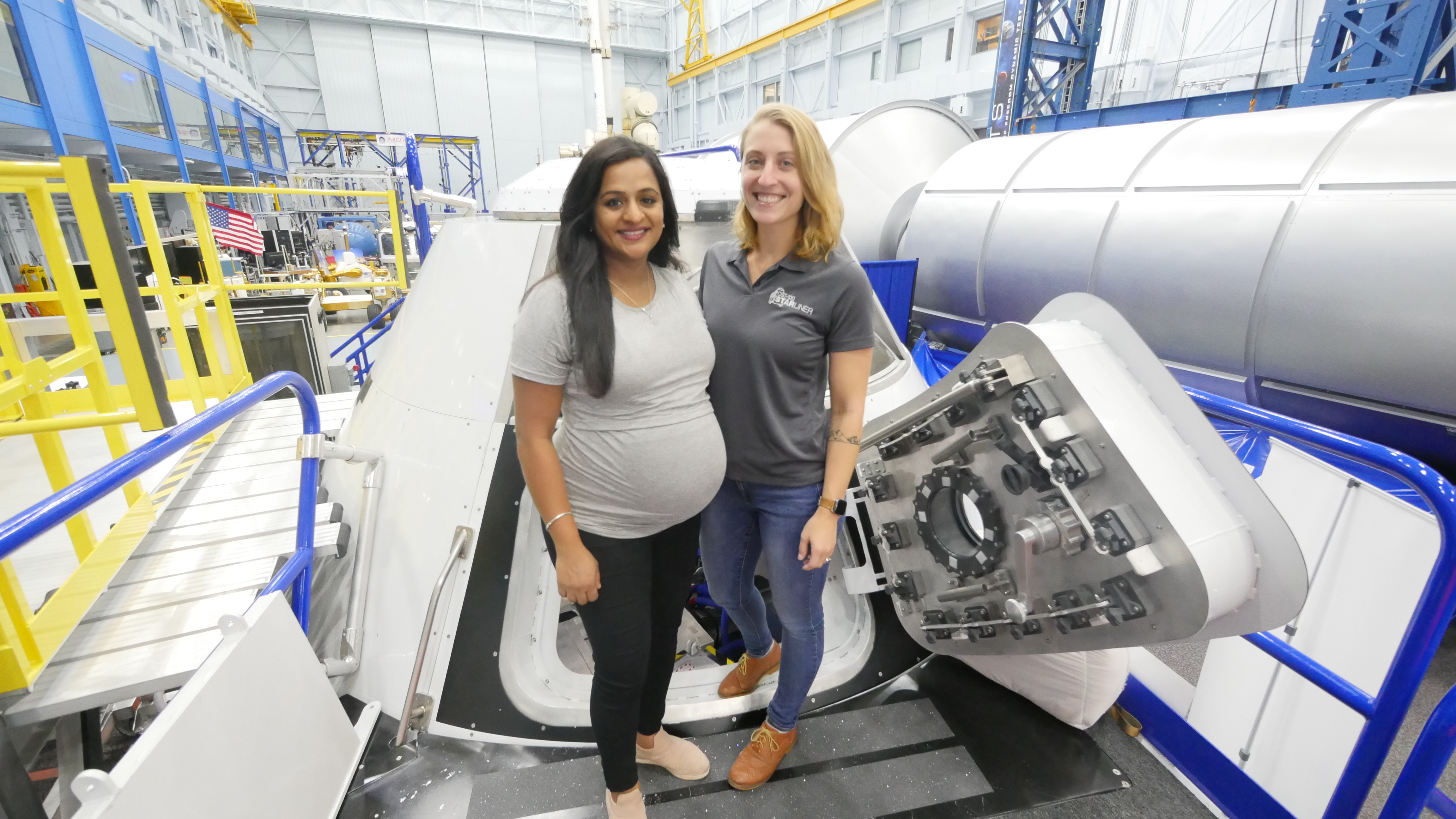 When Boeing's Crew Space Transportation (CST)-100 Starliner spacecraft launches its first test mission later this year, Kavya Manyapu SM ’10 and Celena Dopart SM ’14 will have had their hands all over it.

“I like to say I literally have my fingerprints on what is going to fly to space,” says Manyapu, a flight crew operations and test engineer. Both she and Dopart, a human factors systems engineer, have logged countless hours developing Boeing’s CST-100 Starliner, in collaboration with NASA’s Commercial Crew Program. The spacecraft will be used to access low Earth orbit and travel to the International Space Station.

Though the two have different roles on the mission, they have the same end client: the astronauts aboard the Starliner. “I come in at the first steps of a project and try to incorporate the human aspects of the design,” says Dopart. The question that guides her work is, How is the crew going to use this?

As Starliner’s spacesuit integration lead, Manyapu too is acutely focused on the needs of the crew. “When we talk about human space exploration, the first thing we think of is an astronaut in a space suit,” she says.

“I want to design the next-generation space suit”

When Manyapu first joined Boeing in 2011, she was introduced to the Starliner spacecraft in a slide presentation—now she’s gearing up to launch its first uncrewed test flight, which is scheduled for later this year. “Being able to see the program evolve from PowerPoint designs to production, and now testing the actual spacecraft and training astronauts, is a tremendous experience for someone coming in new,” she says.

Manyapu has taken on multiple roles on the project, including flight testing and wind tunnel testing, flight crew operations, astronaut training, and as flight test director for the first test flights. Today, she’s focused on the design and testing of the launch and entry suit the crew will wear during ascent and descent. “While it looks like a garment, I like to call it a ‘minispacecraft’ that protects the astronaut,” she says.

For the suits, Manyapu was focused on three essential needs: protection, mobility, and dexterity. While the suit must act as a life-support backup in emergency scenarios, it also needs to be functional. Weighing in at 20 pounds, the Starliner suits are 40% lighter than previous suits worn by astronauts aboard spacecraft. They also have updated features such as touch screen gloves. “To design a space suit, you need to understand what the astronauts need to perform when they are in the space suit,” she says. “It’s about protecting them from extreme environments, but also how they work in that environment.”

Though Starliner’s first test launch is yet to come, Manyapu says she’s already thinking about what’s next. “Our next goal in human space flight is to go back to the moon,” she says, explaining that lessons learned from her PhD research on space suits and her work on Starliner are helping to push toward that goal. She also hopes to contribute to that goal in another way: as crew. Says Manyapu, “I want to design the next-generation space suit to enhance human capabilities when we go back to the moon—and possibly wear it one day on a mission.”

Projects like the Starliner are staffed with many SMEs (subject matter experts) who focus on specific components of the craft—valves, for example—that astronauts will use during a mission. It’s Dopart’s job to make sure the design will work for the astronauts. “The SMEs are off in their technical world, designing this subsystem,” she says. “Sometimes, they need to be reminded that there’s someone on the other end who has to interact with it.” Even when that technical work is done, “I always say we are 99% done with the design, but there is still that 1% left that we want to make sure is as good as it can be.”

Dopart’s path to Boeing started with aeronautics and astronautics degrees as an undergrad at Worcester Polytechnic Institute and then as a grad student at MIT. At MIT, she says, she was placed by chance in the Man Vehicle Lab (now the Human Systems Laboratory) for part of her master’s program, and she fell in love with the area of study.

Now, her job as a human factors systems engineer requires her to think about how the humans aboard the Starliner will use every piece of equipment and technology. She is also tasked with understanding how all the systems on the Starliner work as a whole. Because of this, she now spends much of her days climbing in and out of the Starliner craft, following years of doing the same in mockups and simulators. “We can finally put our hands on real hardware,” she says with satisfaction. While Dopart jokingly calls this aspect of her work “pretending to be an astronaut,” she’s completing essential final tests of the craft’s systems ahead of launch.

When the Starliner lifts off for the first time, Manyapu and Dopart will move from their test roles to mission-based duties. Manyapu will be the flight test director for the first orbital and crewed flight test missions, while Dopart is part of the landing and recovery team that will welcome the first manned mission back to Earth sometime next year. (One of the astronauts slated for that crew, E. Michael “Mike” Fincke ’89, shares the MIT connection.)

For the duo, it will be the culmination of years of preparation. “We’re all on the edge of our seats waiting to launch,” says Dopart.

Photo (top): Manyapu and Dopart with the Starliner craft in August 2019. Courtesy of Boeing.