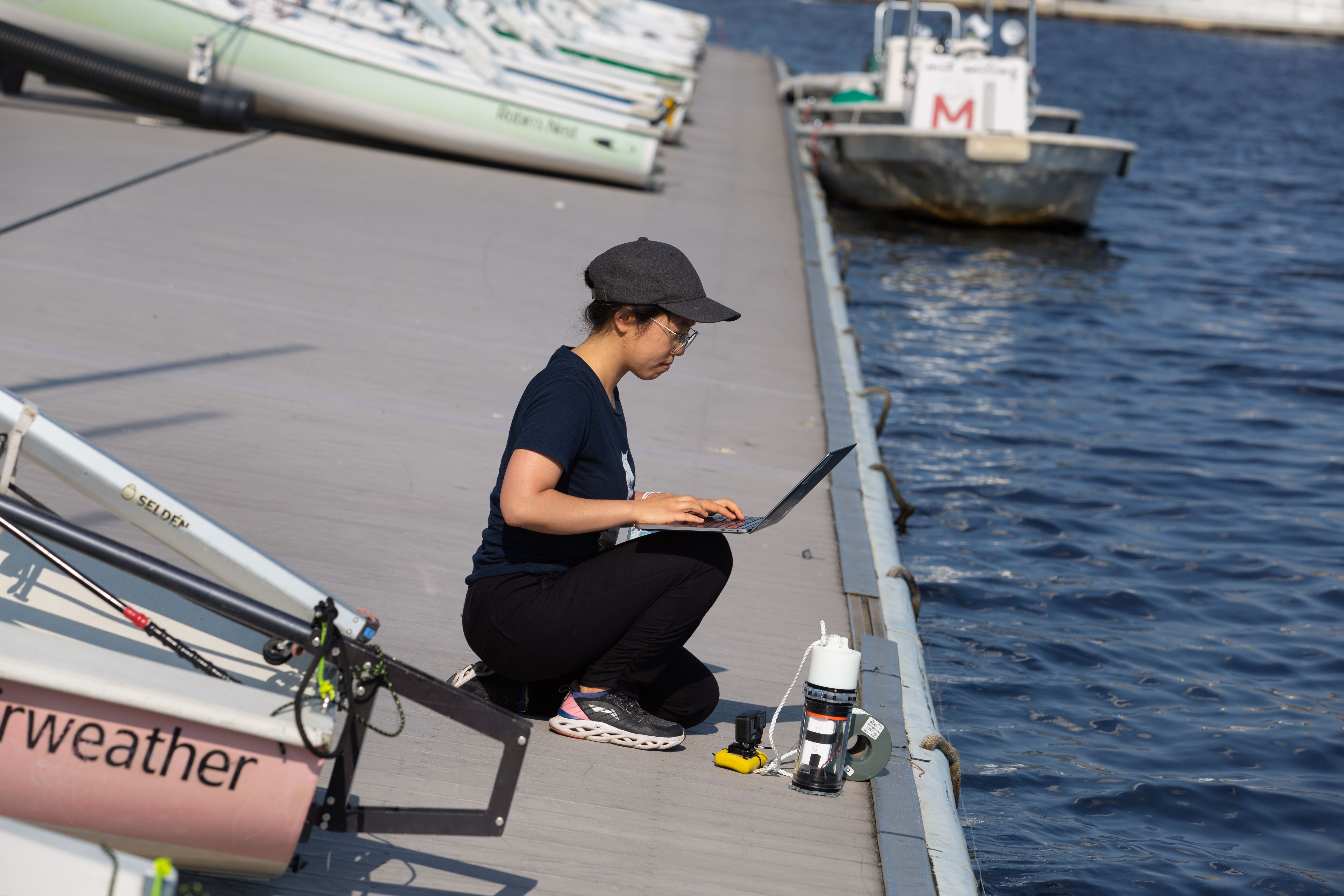 Last year, Charlene Xia ’17, SM ’20 found herself at a crossroads. She was finishing up her master’s degree in media arts and science from the MIT Media Lab and had just submitted applications to doctoral degree programs. All Xia could do was sit and wait. While waiting, she narrowed down her career options, regardless of whether she was accepted to any program.

“I had two thoughts: I’m either going to get a PhD to work on a project that protects our planet, or I’m going to start a restaurant,” recalls Xia.

Xia poured over her extensive cookbook collection, researching international cuisines as she anxiously awaited word about her graduate school applications. She looked into the cost of a food truck permit in the Boston area. Just as she started hatching plans to open a plant-based skewer restaurant, Xia received word that she had been accepted into the mechanical engineering graduate program at MIT.

Shortly after starting her doctoral studies, Xia’s advisor, Professor David Wallace, approached her with an interesting opportunity. MathWorks, a computing software company known for developing MATLAB, had announced a new seed funding program in MIT’s Department of Mechanical Engineering. The program encouraged collaborative research projects focused on the health of the planet.

“I saw this as a super fun opportunity to combine my passion for food, my technical expertise in ocean engineering, and my interest in sustainably helping our planet,” says Xia.

Wallace knew Xia would be up to the task of taking an interdisciplinary approach to solve an issue related to the health of the planet. “Charlene is a remarkable, student with extra-ordinary talent and deep thoughtfulness. She is pretty much fearless, embracing challenges in almost any domain with the well-founded belief that, with effort, she will become a master,” says Wallace.

Alongside Wallace and Associate Professor Stefanie Mueller, Xia proposed a project to predict and prevent the spread of diseases in aquaculture. The team focused on seaweed farms in particular.

As with so much of marine life, seaweed is threatened by the very thing it helps mitigate against: climate change. Climate stressors like warm temperatures or minimal sunlight encourage the growth of harmful bacteria such as ice-ice disease. Within days, entire seaweed farms are decimated by unchecked bacterial growth.

The team pairs old technology with the latest in computing. Using a submersible digital holographic microscope, they take a 2D image. They then use a machine learning neural network to convert the 2D image into a representation of the microbiome present in the 3D environment.

“Using a machine learning network, you can take a 2D image and reconstruct it almost in real time to get an idea of what the microbiome looks like in a 3D space,” says Xia.

The software can be run in a small Raspberry Pi that could be attached to the holographic microscope. To figure out how to communicate these data back to the research team, Xia drew upon her master’s degree research.

Under the guidance of Professor Allan Adams and Professor Joseph Paradiso in the MIT Media Lab, Xia focused on developing small underwater communication devices that can relay data about the ocean back to researchers for her master’s degree. Rather than the usual $4,000, these devices were designed to cost less than $100, helping lower the cost barrier for those interested in uncovering the many mysteries of our oceans. The communication devices can be used to relay data about the ocean environment from the machine learning algorithms.

By combining these low-cost communication devices along with microscopic images and machine learning, Xia hopes to design a low-cost, real-time monitoring system that can be scaled to cover entire seaweed farms.

“It’s almost like having the Internet of Things underwater,” adds Xia. “I’m developing this whole underwater camera system alongside the wireless communication I developed that can give me the data while I’m sitting on dry land.”

Armed with these data about the microbiome, Xia and her team can detect whether or not a disease is about to strike and jeopardize seaweed or livestock before it is too late.

While Xia still daydreams about opening a restaurant, she hopes the seaweed project will prompt people to rethink how they consider food production in general.

This story was originally published by MechE.