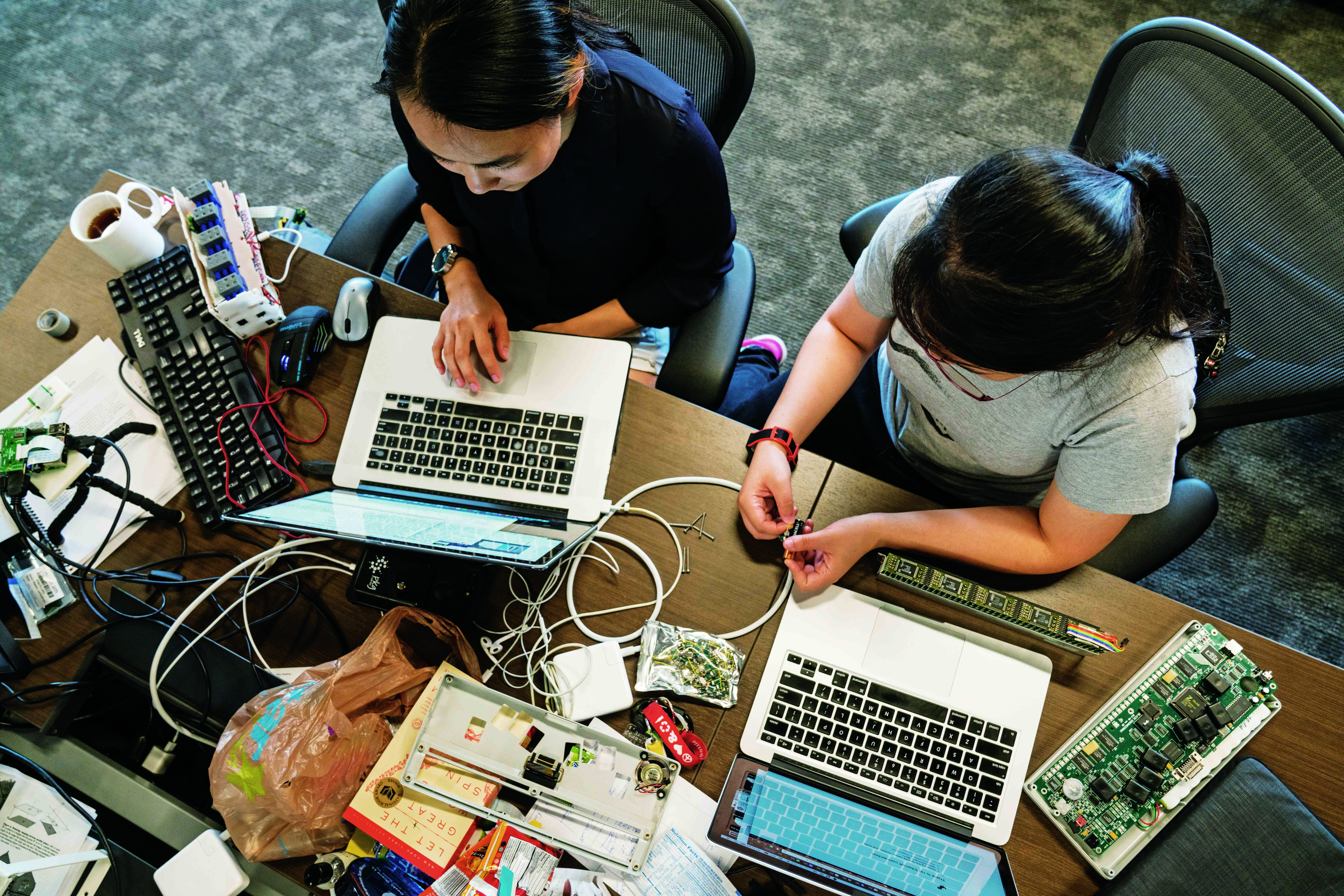 This is an excerpt from the Fall 2018 issue of Spectrum. Read the full story.

In his 2013 charge to the newly formed MIT Innovation Initiative, MIT President L. Rafael Reif wrote: “The Innovation Initiative will amplify the MIT community’s powers of innovation and our passion for progress. By focusing on innovations, not simply ideas, and by emphasizing the importance of impact and the challenge of delivering at scale, we will expose our students to demanding, inspiring activities all along the innovation chain, in contexts from the developing world to industry.”

Five years later, a headquarters for that initiative is under construction in Kendall Square. The Innovation and Entrepreneurship Hub will occupy the top five floors of the new E38 with multiuse spaces for student makers and entrepreneurs, researchers, and staff. Several of MIT’s flagship entrepreneurship programs will move into the building, including the Legatum Center for Development and Entrepreneurship, the Translational Fellows Program, Project Manus, the MIT Deshpande Center for Technological Innovation, and MIT Sandbox. Centralizing such programs will accelerate the journey of aspiring MIT entrepreneurs.

Of course, students aren’t waiting for the grand opening of this new facility to take advantage of the Institute’s array of innovation resources—those listed above, along with many others both formal and informal across campus. Here are examples of how some of MIT’s many student founder teams have charted their own paths from concept to startup.

Status
The startup filed for patent protection in January for its key technical innovation: a novel reactor control technology that enhances passive safety and reduces costs for their molten salt reactor. In June, Yellowstone received almost $2.6 million from the Department of Energy’s Advanced Research Projects Agency-Energy program. Its next steps will be creating a detailed computational model for the plant and beginning experiments on key components.

MIT pathway
Yellowstone Energy is an outgrowth of Shaner’s time as a 2015 MIT Energy Fellow. Through the MIT Energy Initiative, he received a year of funding from Exxon-Mobil to examine challenges in the nuclear supply chain—and found a need to fill.

“I looked at the landscape of new reactors and saw that everyone wants to use the new fuel form,” he says. Most advanced reactor designs rely on new material compositions and/or fuel that is between 5% and 20% Uranium-235—a more highly enriched fuel than is typically used today.

“While the new material compositions and higher enrichments enable compelling reactor designs, the commercial supply chains required to produce these new fuel forms are incomplete and would require significant time and investment to construct,” Shaner says.

To shorten development time and cut costs, Shaner joined with Ellis to develop a molten nitrate salt reactor that takes advantage of the existing supply chain by using uranium oxide fuel that is less than 5% enriched. Yellowstone Energy was born.

MIT provided me with a great breadth and depth of opportunities to prepare me for starting a new clean energy venture.

In December 2016, MIT Sandbox awarded the company $25,000, which enabled it to file its first provisional patent. Shaner says the team received valuable feedback from Sandbox mentors, as well as the MIT Venture Mentoring Service.

Even before Yellowstone Energy, “MIT provided me with a great breadth and depth of opportunities to prepare me for starting a new clean energy venture,” Shaner says. For example, in fall 2012, he took 15.366 MIT Energy Ventures, a class focused on creating energy companies, and he served as co-managing director of the 2013 MIT Clean Energy Prize.

Shaner agrees: “Don’t be afraid to reach out to other founders and other members of the community. We’ve been pleasantly surprised by the generosity and support we’ve received—not only from our professors, but from the broader MIT engineering and entrepreneurship community, as well as from MIT alumni.”

Mission
A stream of data flows beneath our feet. In city pipes, raw sewage carries microscopic information on residents’ health, in the form of gut microbes and chemical compounds—traces of food and drugs—we as a society are constantly excreting. Biobot Analytics seeks to harness this data stream by deploying robots into the depths of the sewer, constantly sampling the city like a doctor closely monitoring the health of a patient. “We see wastewater as being such a rich resource—and it’s currently untapped,” says Matus. “Our vision and our mission is to promote a more data-driven response to public health and government policy making.”

Status
Biobot is focused on growth. The company has five full-time employees, including an expert in spatial epidemiology, Noriko Endo SM ’14, PhD ’17. The Somerville-based company is working with its first city partner: Cary, North Carolina. There, the team is deploying robots in 10 locations to measure opioid drug metabolites as part of the city’s efforts to monitor and address its opioid crisis. The city will leverage the data to evaluate the success of intervention programs.

The project in Cary is just the beginning of what the company hopes to accomplish. “We see this technology being implemented in every city around the world,” says Ghaeli.

MIT pathway
The startup began in 2014 as the Underworlds research project, the brainchild of MIT faculty members Eric Alm of the Department of Biological Engineering and Carlo Ratti of the Department of Urban Studies and Planning. Matus, then a graduate student in Alm’s lab, and Ghaeli, a research fellow in Ratti’s group, led the interdisciplinary project, which garnered a $4 million grant from the Kuwait-MIT Center for Natural Resources and the Environment and grew to include 20 researchers from six different labs across MIT.

Through all these experiences, the resource that has made the biggest difference to Biobot, says Ghaeli, is the MIT network. Sandbox director Jinane Abounadi SM ’90, PhD ’98 encouraged Ghaeli and Matus and put them in touch with other MIT staff, including School of Engineering Dean Anantha Chandrakasan. That led to broader opportunities, such as an invitation for Matus to present Biobot to Canadian Prime Minister Justin Trudeau during his visit to the Institute in May of this year.

“That’s the main reason for us to move back to Boston—to stay within this ecosystem,” Ghaeli says. “It’s been such a huge benefit to us.”

Advice for fellow student entrepreneurs
“Take advantage of all the resources on campus,” Matus says. “They help you think and refine your ideas, and along the way, you’ll meet people you’ll stay connected with through your entire entrepreneurial journey.” In 2015, when the team pitched Biobot’s business concept at the $100K competition, they didn’t know that, listening in the audience, was someone who would become a mentor and supporter—and, 10 months later, their first investor.