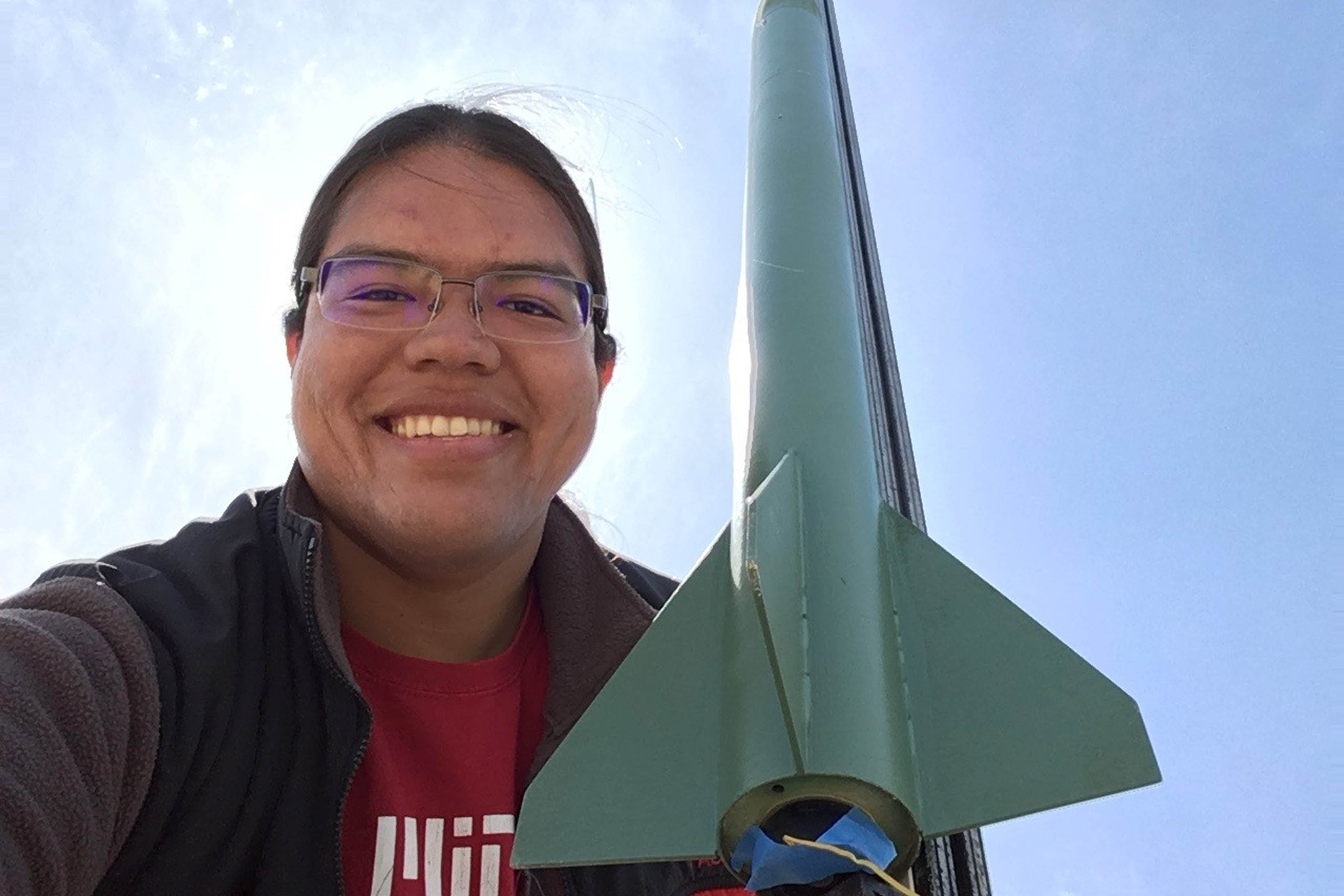 Aaron Ashley ’16 is an MIT-trained rocket scientist, but his time outside the Institute classroom is what ultimately helped him get the Indigenous Alumni of MIT (IAMIT) group off the ground.

The new Alumni Association affinity group is the outgrowth of years of community building that began when Ashley was an undergraduate at MIT. “Native alumni had been trying to get something together for 10-plus years, but there was never enough interest to make it happen,” says Ashley, a system safety engineer at Raytheon and IAMIT’s first president.

What’s different this time is that there are now several years’ worth of Native alumni who have benefited from connection to MIT’s student chapter of the American Indian Science and Engineering Society (AISES). Ashley helped relaunch the chapter as an undergraduate, and there are now a few cohorts of alumni former members who are interested in staying connected.

There are so few Natives who are aerospace engineers—who do what I want to do, look like me, and come from a similar background.

For Ashley, AISES has been important since his early days at MIT, when he first arrived from Nebraska. “Being at MIT was a cultural immersion—meeting people from different backgrounds outside my small town, which is not very diverse,” says Ashley, a member of the Hunkpati Dakota and Omaha tribes. “I wanted to find a support community.”

Arriving as a first-year student in 2012, Ashley had already attended Minority Introduction to Engineering and Science, MIT’s six-week science and engineering program for rising high school seniors. He had also joined Interphase, an enrichment program designed to help ease the transition to MIT. But while both programs included underrepresented minorities, Ashley says there were few Native Americans involved and he hoped to meet more.

Fortunately, during the fall of his first year, Ashley had a chance encounter with Sophia Cisneros, a Native MLK Visiting Scholar doing postdoc work in physics. She was connected to some other Native students on campus and encouraged Ashley to restart MIT’s AISES chapter, which had been inactive for many years.

During Ashley’s time on campus, AISES held monthly meetings and cultural events ranging from movie screenings and shared meals to a discussion of Thanksgiving from the Native point of view. “Those connections, knowing those other Native students, was impactful,” Ashley says, noting that the chapter also participated in regional and national AISES conferences. “We’d talk about issues and network.”

Ashley enjoyed the group so much that after completing his bachelor's degree in aerospace engineering, he joined the AISES chapter at the University of Colorado, Boulder, where he earned his aerospace engineering master’s degree. AISES even served as the launchpad for his career: the AISES connection helped him get an internship at Raytheon, which led to his current job.

Today, Ashley works on missile safety systems, and he hopes someday to build systems for human space exploration. In the meantime, he is working in his field—and enjoying the opportunity to serve as a role model for young people. “There are so few Natives who are aerospace engineers—who do what I want to do, look like me, and come from a similar background,” he says.

So, Ashley volunteers for First Nations Launch, a rocket-building competition for Native college students, and for a science and engineering program for high school students. “It’s fun. I get to do rockets, which I really like as a hobby, and also be a role model for Native students who want to be engineers.”

Developing such networks will be a key pillar of the work of IAMIT, Ashley says. The organization, which met for the first time this September, set three goals for itself: to support the Native alumni community through social activities; to create networking opportunities among both Native alumni and Native students on campus; and to promote Native representation on MIT boards and committees.

“Native people relate to each other, to each other’s struggles, to adjusting to MIT,” says Ashley, who hopes IAMIT will reach for the stars now that it has achieved liftoff. “Our individual traditions are very different, but there’s a shared desire to learn and preserve our Native culture.”

For more information or to join IAMIT, fill out the form below or contact alumsigs@mit.edu.