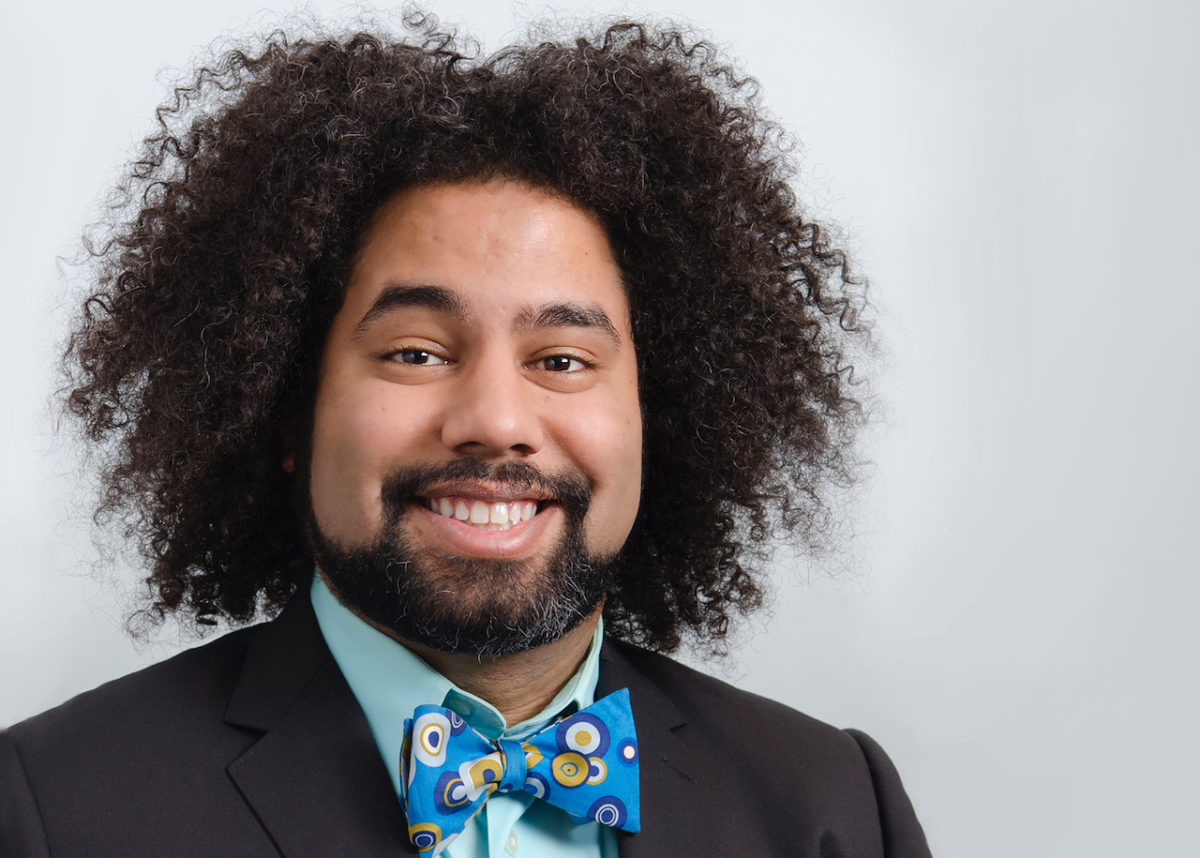 One of the most consequential lessons Daniel Chonde '07, PhD '15, a third-year resident in radiology at Massachusetts General Hospital, learned as an undergraduate at MIT was about attitude. A physics major, he minored in theater arts and studied with the Class of 1949 Professor of Theater Jay Scheib. “Working under Jay didn’t just change the way that I looked at theater, it changed the way that I’ve probably done everything in my life,” Chonde said in a recent conversation. “He has this way of asking for the impossible, and sometimes it works. So when I propose things, I will propose the most insane, big things. And sometimes they work.”

Throughout his studies and career, Chonde has held on to the idea that the arts, science, healthcare and diversity are inextricably linked. This bridge-building approach was instrumental in helping him put together “A Black History Month Celebration,” a three-day program sponsored by MIT Performing, which is programmed by Scheib, and Mass General.

Chonde reached out to Dawn Simmons of the Front Porch Arts Collective and they decided to curate experiences that would prompt Black-centered discussions. “If you’re looking to create empathy, if you’re looking to teach experience, the most powerful way of doing that is through performance arts,” Chonde said. “Because there’s a clear story, it’s been well thought out, it’s representational.”

The lineup included music-driven projects from Castle of Our Skin, Hipstory and BAMS Fest; theatrical presentations like Melinda Lopez’s work-in-progress Young Nerds of Color (commissioned by Central Square Theater through its Catalyst Collaborative@MIT program) and Fabulation, or The Re-Education of Undine, by the Pulitzer Prize-winning playwright Lynn Nottage. The mini-festival was supported by the MIT Center for Art, Science & Technology

Finding himself at MIT

Seeing a reflection of one’s experience has always been important to Chonde. Growing up in Midland, Michigan, with an Ethiopian father and a mother of Italian descent, he often felt other. “I’m half Black, half white, living in a small all-white town—that was like a whole complicated thing,” he said.

Joining MIT’s Project Interphase—run by the Office of Minority Education and now known as Interphase EDGE/x (Empowering Discovery | Gateway to Excellence)—was an eye-opening, uniquely enriching experience. “It’s this great program where they take in underrepresented minority students a summer before they start college in order to help them succeed,” Chonde said. “You’re finally around a bunch of people who look and act and talk like you.”

As an undergraduate he joined MIT’s improv-comedy troupe, Roadkill Buffet, whose head at the time was Adam A. Miller ’06.

The pair also worked in the theater-comedy group The Coalition Against Racist Propaganda and Other Crimes Perpetrated by the White Man, in which they “did this kind of exploratory, diverse equity work,” as Chonde put it. That company even developed a show, Felutopia, that traveled to Britain in 2006, when Chonde was a junior.

Early in his academic career, Chonde explored particle physics; he then realized he needed a more human element and went into medical imaging. He went on to earn PhDs in biophysics from Harvard University and medical engineering and medical physics from MIT, and attend medical school at Harvard.

A sense of urgency developed when the Black Lives Matter movement erupted on the national scene as an agent of change. Chonde joined the Mass General Department of Radiology Diversity, Equity and Inclusion Committee; he is now Diversity Equity and Inclusion chair of the American Roentgen Ray Society and works with Mass General’s Office of Equity and Community Health. He also got in touch with that hospital’s MESH innovation incubator and helped develop RadTranslate, which supports physicians, nurses, and technologists needing to communicate with patients whose language they don’t speak.

Another of Chonde’s initiatives is the Peoples’ heART, whose Twitter bio says it is striving “to reimagine our clinical spaces to better reflect and serve the rich diversity of our patients, community and staff rooms”—so people of various backgrounds and life experiences feel comfortable and welcome.

“We need to inject the color, we need to inject the differences,” Chonde said, arguing against the corporate trend toward colorblind spaces. “We believe that a white cisgendered person will not be harmed in any way by seeing people who don’t look like them.”

Using art to tell a story is something that we don’t really consider in the healthcare space... I see virtually no work on how the story of arts can build more equitable health systems.

Reshaping science to reshape the world

Waiting and staff rooms are not the only area in which art can have beneficial effects. Many people in the scientific community are looking at the intersection of their research with health and art. In a recent podcast from the Library of Congress’ “Music and the Brain” series, Tod Machover, the Muriel R. Cooper Professor of Music and Media and director of the Media Lab’s Opera of the Future group at MIT, talked about the use of music to help diagnose Alzheimer’s disease early, for example, and of his work both with hospitals and with the likes of Gottfried Schlaug, the director of the Music and Neuroimaging Laboratory at Beth Israel Deaconess Medical Center and Harvard Medical School.

Like Machover and Schlaug, Chonde is interested in connecting seemingly disparate dots. “Using art to tell a story is something that we don’t really consider in the healthcare space,” Chonde said. “You have a person who says, ‘Make this painting and then your blood pressure goes down’ or something, but I see virtually no work on how the story of arts can build more equitable health systems.”

He is now particularly interested in the field of neuroaesthetics and experiential design as it relates to the patient experience. “Mirror neurons are neural pathways or cells that help us in that ‘monkey see, monkey do’ way,” he explained. “It helps us copy, mimic, but it also has been shown to be a key type of cell to empathy. And mirror neurons can get activated with art. That would suggest that art can build empathy, and if art can build empathy, then it is something that we need to consider in training healthcare professionals, but also in reshaping the world into a more equitable place.”

This story was originally published in February 2021 by Arts at MIT.