“Kids Are People Too!” 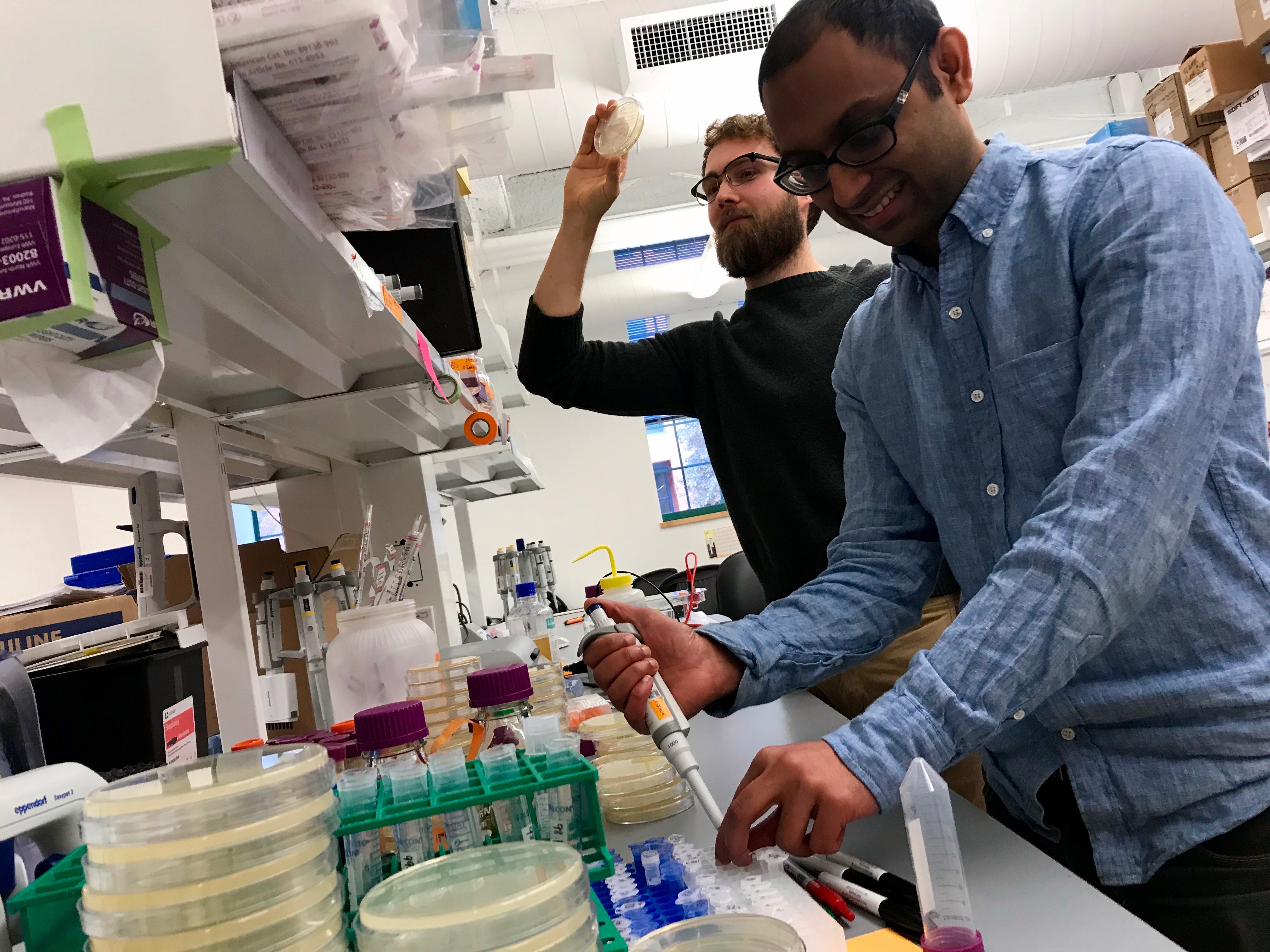 “Kendall Square is the center of the universe when it comes to biomedical research,” says Alec Nielsen PhD ’17. He is the CEO and cofounder of a company rooted in that center: the newly launched Asimov, which designs microprocessor-like biological circuits for applications in food, materials, and therapeutics.

“We’re the first to focus on design automation in biology, and no one else is doing anything like it,” says Christopher Voigt, the Daniel I.C. Wang Professor of Biological Engineering and cofounder of Asimov with Nielsen and Raja Srinivas PhD ’17. Where other companies might place genes into cells to make one product, or turn a single gene on or off, the Asimov platform “goes after the dynamics of gene expression, turning a sequence of genes on and off at certain times, in certain conditions,” in a process that mirrors the way nature operates “to create complex structures, intricate materials, and delicate organisms,” Voigt explains.

It is a singular, foundational toolkit that will have significant and wide-ranging impacts, predicts Nielsen, who is a research affiliate at the Department of Biological Engineering.

“We could engineer living cellular therapeutics and patrol the body for disease, or make smart plants that sense extreme climate change conditions like drought or cold and respond appropriately, or set up enzymatic assembly lines in cells to create complex molecules,” Nielsen says. “Our stance is that, 50 years from now, every single new biotechnology will have engineered genetic circuits running.”

We could engineer living cellular therapeutics and patrol the body for disease, or make smart plants that sense extreme climate change conditions like drought or cold and respond appropriately.

As a graduate student, Nielsen accompanied Voigt to MIT from the University of California, San Francisco, to pursue this work. A self-described technological optimist, Nielsen spent six years learning to harness the dynamics of gene expression and devising a programming language for cells much like that used to design circuits for semiconductors.

“On our platform, the cell boots up a sequence like a computer boots up software,” explains Nielsen. “The cell is now imbued with new functionality.”

The Voigt lab made a point of ensuring that the designs would work as expected, where the software could reliably design DNA that would function in the cell as simulations predicted. Having proven the efficacy of the platform, the researchers recognized that they had “reached the point in the life cycle where the idea required implementation,” in Voigt’s words. It was time to start a company.

Nielsen, who had earlier participated in the MIT $100K Entrepreneurship competition, took the leap. “In my mind, the question had always been what would be the best way to make a positive impact in the world through synthetic biology,” says Nielsen. “I had been focused on the academic track, but after a lot of soul searching, I felt confident a company would be the most impactful way to disseminate our ideas in the world.”

“One hundred years from now, a lot of the most interesting applications of engineered gene circuits will be things we can’t predict, in the same way it was impossible to imagine things like mobile phones or Instagram at the start of the semiconductor era,” says Nielsen. “I think it’s hard to overstate how important biotech will be this century.”

“Kids Are People Too!”