MIT to Recalibrate the Smoot 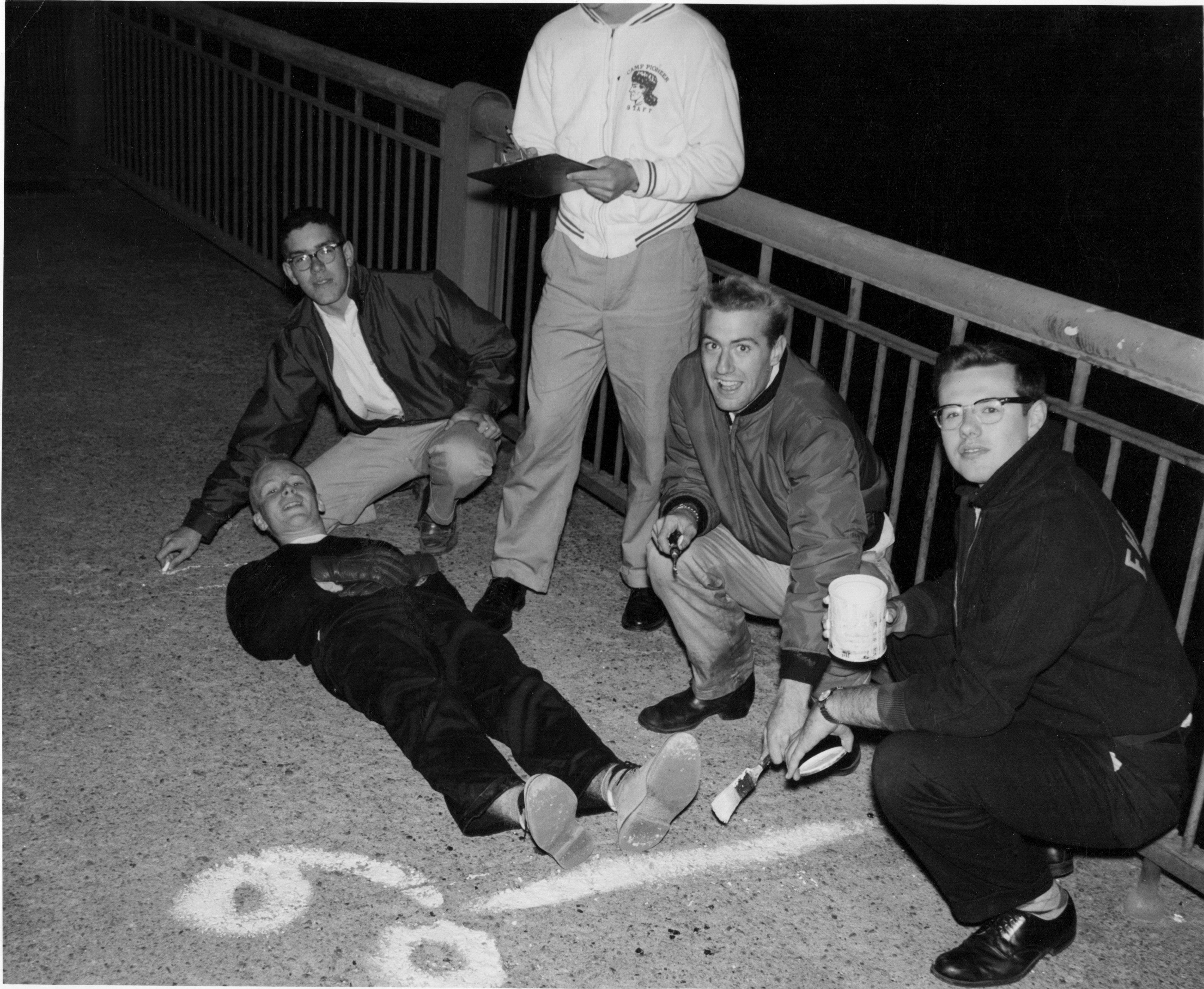 The measurement has endured. Smoot marks still line the bridge, and a plaque commemorating the prank was added to the bridge in 2009. Google has long recognized the smoot as a unit of measurement, and, in 2011, the American Heritage Dictionary added smoot to its 5th edition.

But in September 2015, anonymous members of the MIT community unveiled photographic evidence that indicated Oliver Smoot is no longer 5’7 (1.70 meters), and today he is much closer to 5’5¾ (1.67 meters). After consultation with MIT administration, and Smoot himself, the Institute formed the Smoot Measurement and Length Recalibration (SMaLR) Task Force earlier this year.

Confirming the unit’s exact measurements was deeply personal to Oliver Smoot, who has served as chairman of the American National Standards Institute and president of the International Organization for Standardization. He will also lead the MIT procession across the bridge during the Institute’s Moving Day celebration on May 7.

“Misrepresenting the true size of a smoot is not indicative of the Institute and its role in society. What is measurement if not exact?” Smoot says. “I do, however, firmly state that the size of my ear has not changed.”

SMaLR’s four-month deliberation included a remeasurement of Oliver Smoot at MIT’s Institute of Nano Capacity and Height (INCH), where he officially registered at 65.7500 inches (1.67005 meters) and his ear was measured at an unchanged 2.48031 inches (62.999874 millimeters).

Earlier today, the task force unveiled its findings and recommendations. The action items include the following:

I’m overjoyed that the now-updated measurement of the smoot has been unveiled,” Smoot says. “I want to thank SMaLR and INCH for their assistance in this matter, and I look forward to future measurements at my 55th reunion in 2017.”

The task force also announced that the smoot recalibration project will be jointly coordinated by MIT’s Department of Appraisal, Range, and Length (ApRL) and its office of Facilities, Online Operations, and Logistics (FOOL), and the project is expected to be completed by April 1, 2017.

Indeed. The MIT boys may know their measurements, but it takes a true liberal arts educated engineer to see that they mistakenly used "it's" instead of "its" in the caption. This is a call for not just STEM -- we need STEAM, where Arts (and liberal arts, like readin' 'n' stuff) are brought into it.
- JT, PE Wesleyan Univ. '84

And all this time I thought he was a sphere.

At least he isn't like Planck. That dude must have been really short.

I left a comment last night, what happened to it? are foreigners not allowed to comment according to Trump?

Hi George, we've updated the post. You're right--the smoot will always be 1.7 meters!

Wait! But the plaque and the article doesn't match. The article says 371 Smoots and the rendering says 372!

What happens when he dies and is cremated? Does the Smoot become zero?

I am shocked - SHOCKED, I tell you, that the revised plaque refers to a "furlough" instead of a "furlong"!

Actually, I'm not. These are engineers we're talking about. They're good at numbers, not words. ;&lt;)

This is 'Much ado about almost nothing.' The traditional Smoot was the length of one Oliver Smoot's horizontal semi-relaxed body on that October night in 1958. It is only statistically related to his vertical body's height measured in the warmth of his fraternity house.

I say "semi-relaxed" because I don't believe I could relax more that 360 times while laying on a concrete slab on a windy bridge with a measuring crew in a windchill not too far from freezing BGW(Before Global Warming.)

In ten years he'll be even shorter, will we readjust the length of the Smoot again then? Will we update Ptolemy's measurement of the earth because the modern distance from Alexandria to Memphis is remeasured or because the exact length of one of his pacers strides has been discovered although it is dated 25 years later?

The Smoot is, was, and always will be 1.7 meters. Any other length should be shown with an asterisk.

With due respect to Prof Planck, this is the most hilarious thing I've read all day xD

And unlike Smoot, Plank was really hard to find and pin down.

Hi Ryan, you're right. I'm going to bring this up to the SMaLR Task Force and see what's going on!

How do we know the distance from the Cambridge side to the Boston side has remained unchanged?
Also, I suggest we make a cast of Smoot of a zero temperature coefficient material to be used in the future. This would also allow for production of fractional measurements using deca Smoots and milli Smoots rather than ears.
The precedent for this is the milliHelen, which as we all know, is the amount of beauty sufficient to launch one ship.

And a good laugh was had by all.

Hmmph. The Smoot wasn't re-calibrated when Oliver's son Steve (1990) or daughter Sherry (1999) attended, so why should it be re-calibrated to accommodate newer versions of the man himself?

Maybe yours are subject to censorship like mine. I said something politically incorrect and ever since all my comments have been carefully examined before allowed to remain.

OK, now the bigger question. Are we all going to have to go back and re-do our problem sets using the new smoot?

That's a great question for SMaLR, INCH, ApRL, and FOOL. Hopefully it will be in the next report.

Thanks for reading, John!

As a leading technological university, MIT should be disappointed in its involvement of a supposed measurement of the Harvard bridge using the Smoot. As any MIT undergraduate knows, a measurement is not a measurement until you have characterized the uncertainty. A quoted length of 'X smoots plus an ear' might suffice for the Harvard crowd, but it should not be for MIT. At a minimum, we need to measure the bridge multiple times using Mr. Smoot (or a proxy) to assess the reproducibility of the measurement. Given the media interest in this issue, a full error analysis is probably warranted. This would be a nice undergraduate project.

Is nothing sacred? Must even the Smoot be subject to revisionist history? I will defer to Oliver, since he was involved in this effort, but I am not pleased.

I find it sadly ironic that the 'tute has recently decided to shut down Smoot's fraternity, LCA... :-(

The official Smoot should have been engraved on a platinum bar kept at a controlled temperature, and not be continually recalibrated to keep up with the cumulative effects of gravity upon those of a certain age (such as me, now at least 2 inches shorter than back then). A constantly changing Smoot is the moral equivalent of the distance from the King's nose to his index finger.

Nonetheless, I look forward to seeing Ollie lead the procession.