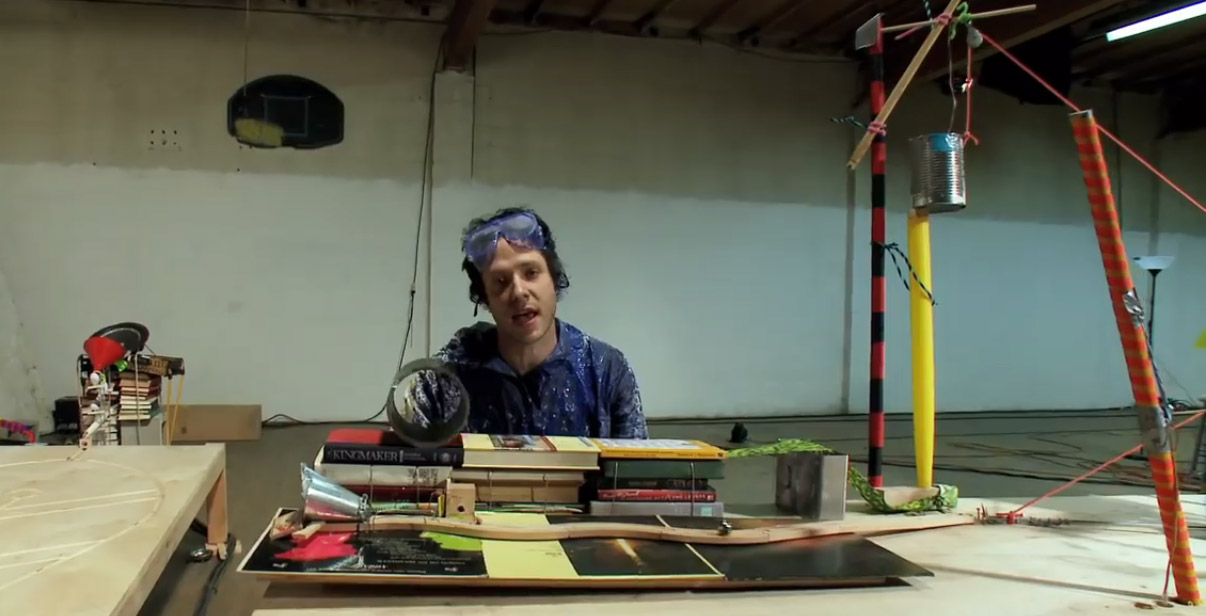 Rolling Stone reports that MIT alumni had a hand in the “insanely complex video” for Of the Blue Colour of the Sky single “This Too Shall Pass,” which has gone viral on the net since its release March 1. Musicians OK Go, who even have a short video about how they love working with nerds, brought in folks from Syyn Labs and the MIT Media Lab including Heather Knight ’06, MEng ’08 to help create a two-story Rube Goldberg-esque structure.

"There were two Media Lab grads involved and me,” says Knight. “I managed the top floor in the final weeks and during shooting (first two minutes) with a dirty paw in almost every module there, Richard Whitney SM ’07 made the wooden ball bearing surface just after the music starts, and Jamie Zigelbaum SM ’08 worked with the lead singer Damian Kulash and his dad to make the first table full of small stuff.”

Kulash’s thoughtful New York Times essay on how free embedded videos boost revenues for bands and record companies may have influenced OK Go’s then-label, EMI, to disregard their own no embedding policy. “This Too Shall Pass” has been distributed freely throughout the Internet, much like the band’s star-making treadmill vid for “Here It Goes Again” in 2006. On OK Go's Web site, you will find videos of top songs, the making of 'This Too', concerts,  and their recent decision to strike out on their own.

yes i see this before and i really never stop watching this because it is very very very beautiful show..not ordinary dominoes but really a big stuff in there :)