For This MIT Alum, the Path to Net Zero Energy Started with Solar Power

Raising a Voice for Marginalized Perspectives 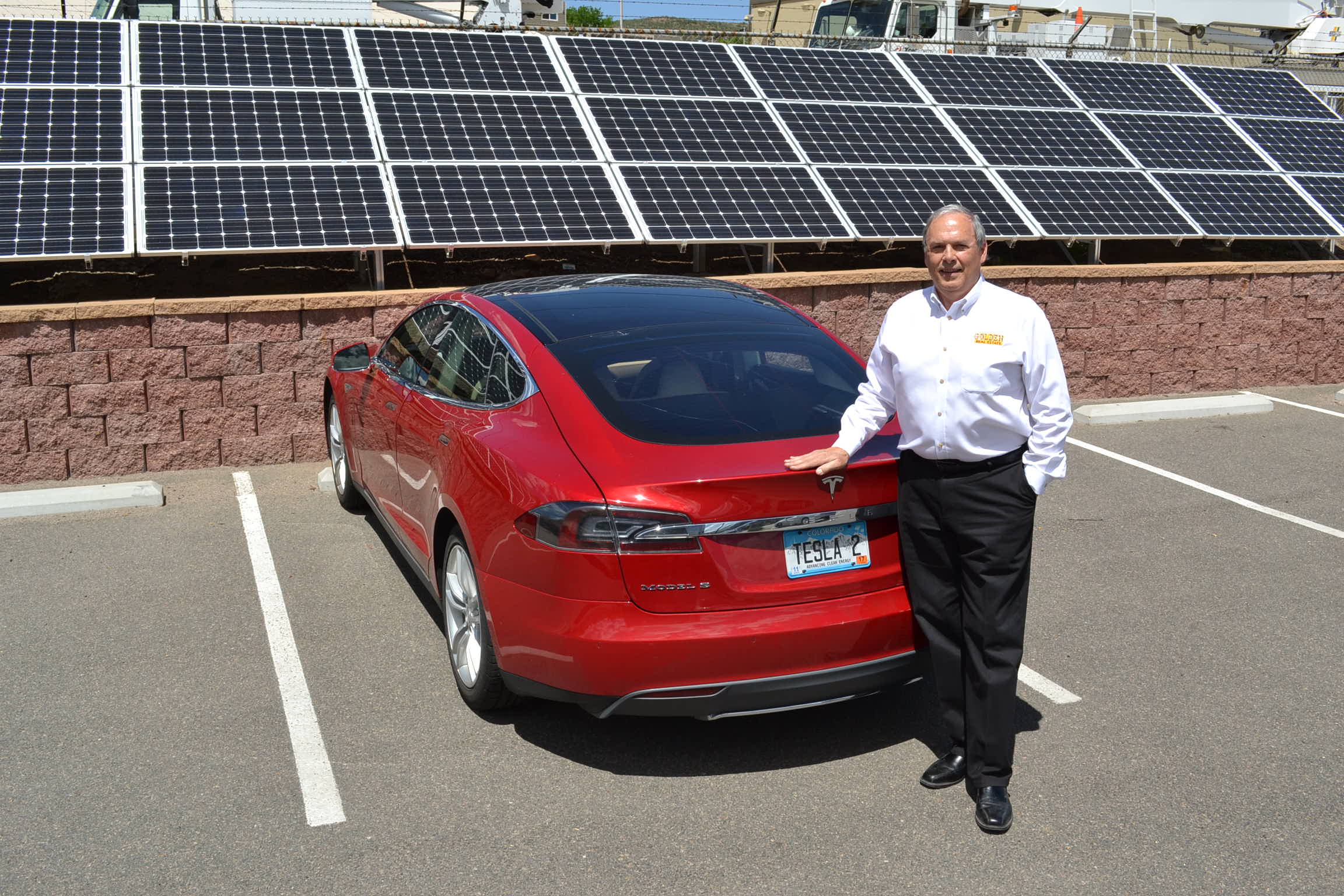 Jim Smith ’69 traces his passion for minimizing his carbon footprint back to a childhood in which waste was not an option.

“Even though my father was born into a wealthy, old New England family, much of that wealth was lost in the Depression. With five kids, my parents had to be frugal,” Smith says. “I guess it just became my nature.”

Smith now owns Golden Real Estate in Golden, Colorado, where he has brought his business to net-zero energy efficiency. He transformed his 1,300-square-foot office building—a renovated restaurant—into a clean energy machine. The building now produces more energy than it uses.

When he bought the building 12 years ago, he installed 5kW of solar photovoltaic (PV) panels on the roof. Next, he bought an electric car, a Chevy Volt. Then he bought a Tesla. He liked it so much he bought another Tesla. Then another.

That led him to install an additional 5kW of solar panels behind his parking lot to meet the needs of four electric-vehicle charging stations. He installed LED lights and sun tunnels in the office to draw in natural sunlight; he replaced the gas water heater with a tankless electric one; and he super-insulated the building to cut down the amount of natural gas needed to heat it.

Soon, he was hardly burning natural gas at all. Because the roof-mounted furnace-A/C unit spiked the natural gas bill to as high as $175 per month in winter, he installed a heat pump, known as a mini-split system, to replace it. After installing that system 18 months ago, Smith asked Xcel Energy, the local energy company, to remove his gas meter. The next month, his bill was only $11.26, which is what the company charges to be connected to the electric grid.

Smith asked the local energy company to remove his gas meter. The next month, his bill was only $11.26, which is what the company charges to be connected to the electric grid.

“That bill—and the bills that followed—reflected zero kilowatt-hours bought from Xcel,” Smith says. “The grid functions as a ‘battery,’ and makes it possible to send excess solar-generated electricity to Xcel when the sun shines, then draw it back when we need it. This process makes it possible to power our office and charge the electric cars without buying any electricity from Xcel.”

Smith majored in humanities at MIT, where he converted Innisfree, a campus literary journal, into a news magazine. After his junior year, he landed an internship at the Washington Post; senior year, he founded Thursday, an alternative weekly.

After MIT, he launched two more newspapers in New York, Brooklyn Today and the New York Journal of Crime & Justice. Later, he created Journal Graphics, a transcribing business that morphed into the nation’s leading producer of transcripts for TV and radio news, talk, and public affairs.

When he moved to Denver in 1991, he bought a building and grew excited about real estate; after he got a broker’s license, he worked for Coldwell Banker and RE/MAX, and soon after launched Golden Real Estate. He now writes a long-standing weekly real estate column for which he buys space in the Denver Post and several weekly newspapers. “It brings me most of my clients,” Smith says.

He lives with his wife, Rita, near Lookout Mountain. They still use natural gas for cooking and heating but meet all their electric needs with a 10kW solar PV array on the roof. He loves road trips in his Tesla Model X and traveling the world with Rita.

In fact, he and Rita will drive the Tesla from Denver to Cambridge this June to attend his 50th MIT Reunion. “I’m really looking forward to it,” he says. “I am so proud of the amazing work MIT is doing in climate change and all that they’re doing on campus to reduce their carbon footprint. I’m also looking forward to hearing what my classmates have done and what they’ve contributed to the world.

“MIT was a big playground,” he adds. “I can’t think of a better place to have prepared as a journalist and citizen and to live in a technological world.”

When Tech Reunions happen June 7–9, will you be there too? See who else is coming, and register today.

Photo (top): Jim Smith in his parking lot with one of his Teslas and a view of some of the solar panels that brought his office to “net zero” status. Courtesy of Jim Smith.

Raising a Voice for Marginalized Perspectives

The Hub of the Local Robotics Industry