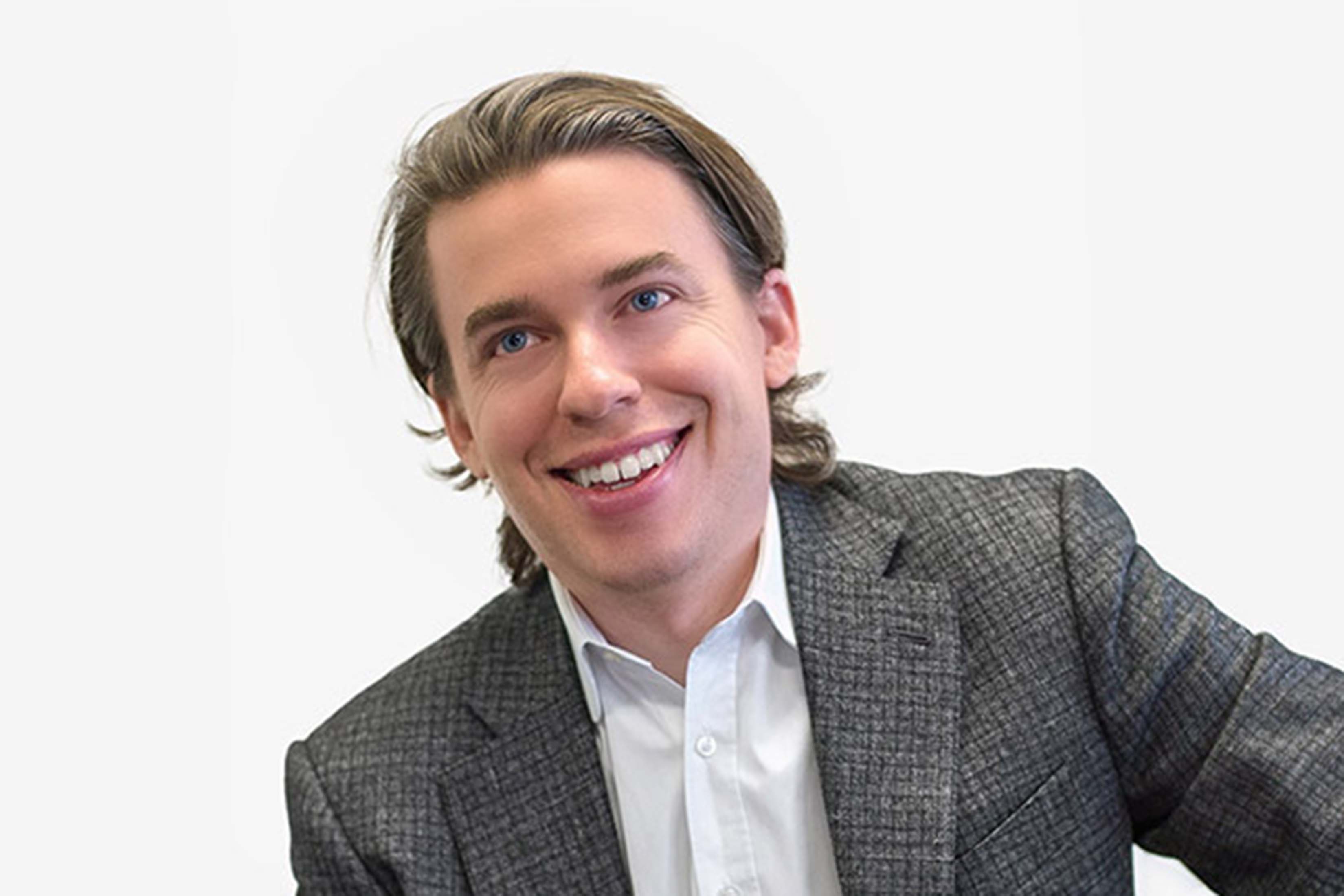 Zack Anderson ’09 has been reinventing transportation ever since high school, when he built and sold electric go-karts in his neighborhood in Los Angeles. “I added radar and sonar to make them semiautonomous,” he says. “They could drive through the alleyway on their own.”

Soon Anderson was working on a vehicle that could drive from California to Nevada fully autonomously—he joined a team competing in the first-ever DARPA Grand Challenge—and that was before he went to MIT, where he majored in electrical engineering and computer science.

Today, as cofounder and chief technical officer of ClearMotion, Anderson is hoping to reinvent the driving experience for everyone. His company’s patented suspension system employs artificial intelligence to continually adjust the ride, making it more comfortable to read, work, and simply enjoy time in the car.

“People spend, on average, eight [40-hour] weeks of time in a car in the US each year,” he says, noting that the figure doesn’t even include time spent by passengers. “That time is wasted. It’s not productive time.”

With more electric vehicles on the road and a surge in driving automation under way, consumers are poised to have even more free time in their cars. “This is a moment for disruption,” Anderson says.

Unfortunately, bouncing along with the car as it twists and turns down the road makes it hard to concentrate. Indeed, that was the inspiration for ClearMotion’s current product line.

There’s some really immersive technology within a vehicle, and adding the dimension of motion makes that entertainment experience far more realistic.

It was 2012, and Anderson was jostling through New York City in an Uber with company cofounder Shakeel Avadhany ’09, trying to work on a laptop. “We looked at each other and realized that cars are not designed for this,” Anderson says. “We had this epiphany that we could deliver a solution by actively controlling vehicle motion.”

That moment made ClearMotion what it is today, but its trajectory began at MIT, where Anderson and Avadhany met in 2006 during Campus Preview Weekend. “We both had an entrepreneurial bent. We wanted to start a company. That was clear from Day 1,” Anderson says.

The pair became friends and by junior year were thinking about what problems to tackle. Zeroing in on energy, they developed the idea of a shock absorber that could harness energy from bumps in the road—a concept Avadhany explored for his undergraduate thesis in materials science and engineering.

With a lot of help from MIT—including faculty mentorship from both the School of Engineering and the Sloan School of Management and guidance from the Martin Trust Center for MIT Entrepreneurship, the Technology Licensing Office, and the Venture Mentoring Service—the students launched their company in June 2009. “The day after graduation, we closed our first round of financing,” Anderson says.

There have been some potholes, however. Energy recovery ultimately proved unrealistic as a business model, and there have been other changes: when the company was ready to shift into industrialization and manufacturing, it brought on a seasoned auto industry executive as CEO; Avadhany left the company earlier this year. Fortunately, the focus on rider comfort has paid off. One reason, Anderson says, is that motion sickness is a significant problem, affecting nearly two-thirds of passengers. “We can make time in the car not just comfortable, but more productive, by reducing motion sickness,” Anderson says.

To smooth the ride, ClearMotion uses advanced software and sensors at each wheel to measure impacts, then employs a motor and a small pump, attached to a conventional shock absorber, to counteract the three types of motion: pitch, roll, and heave. The system monitors and responds to road conditions and adjusts the wheels in real time. It’s smaller, more energy efficient, and less expensive than previous efforts to provide active suspension, Anderson notes.

The system can also create motion, when desired. “You can use the steering wheel to play a racing game [while parked or charging]. It feels extremely immersive, which will be a key part of cars of the future,” Anderson says.

This future capability could support the next transportation revolution, according to Anderson, who expects the move to electric vehicles and autonomous driving to create even more demand for in-vehicle entertainment. “The best sound system most people own is in their car. There’s some really immersive technology within a vehicle, and adding the dimension of motion makes that entertainment experience far more realistic,” he says. “The metaverse is going to be in the car.”

Until then, ClearMotion is filling orders for its first customer, a major automaker, and expects to see its system on vehicles in 2024.