Is the Library the New Public Square? 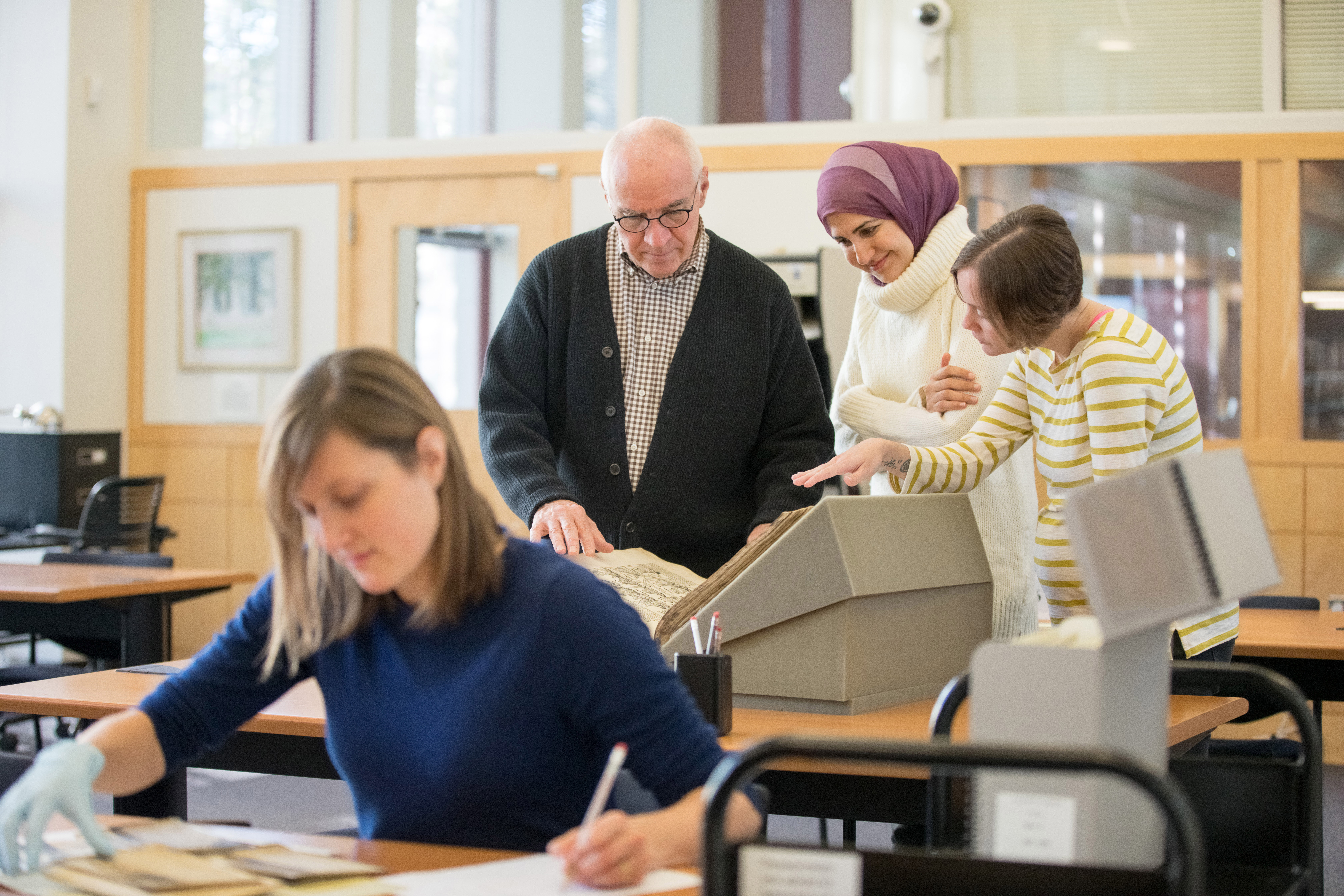 That question is a core interest of the MIT Task Force on the Future of Libraries, which is re-imagining what libraries can and should be in a digital era when people still need intellectual communities and gathering places.  The task force is seeking alumni response by February 15 before completing the report this spring.

The preliminary findings blow the doors off traditional concepts of libraries as enclosed spaces with physical objects under tight control.

“The report serves as a set of recommendations for moving the MIT Libraries towards the vision of a research library as an open global platform,” says Chris Bourg, director of MIT Libraries and the task force co-chair. “And it is an invitation to like-minded libraries, publishers, scholars, and others to join us in creating a more open, more productive, and more equitable information future.”

The new concept of libraries embraces a physical place plus services that provide access to materials such as ebooks, interactive scholarly materials, and images on multiple digital devices. Such resources—to be available on new interoperable content platforms—can make teaching and research more productive.

One reality the task force faces is that “the digital shift in libraries is nowhere near complete, and that, in fact, it has not gone nearly far enough,” Bourg says. “Today’s digital library suffers from what I call the Not Enough problem.”

The 10 recommendations in the executive summary include the MIT Libraries redoubling efforts to preserve and disseminate MIT research. To do that, MIT needs to digitize as much of its original work as possible and make it available to an expanding worldwide audience.

“We want to build a digital library that is a global platform open to anyone who might want to build tools, search algorithms, or machine learning applications to use our collections in novel and productive ways, “ says Bourg.

What Can Alumni Do?

“We are interested in knowing what parts of the vision and recommendations most resonate with people,” says Bourg. “We are also interested in feedback on which ideas and recommendations alumni think would make the most impact in their professional and personal communities. And of course, we are interested in hearing from anyone who wants to partner with us to help us achieve this vision of using the library as an open global platform to facilitate more abundant and equitable access to knowledge and information.”

Email your responses by February 15 to the task force at future-lib@mit.edu

With final recommendations due out in the spring, the MIT Libraries has already convened a space planning group, which is led by Bourg and J. Meejin Yoon, professor and head of the Department of Architecture. Efforts are underway to seek funding for a research initiative, to set priorities, and to experiment with digitization and discovery tools.

To learn more about that core question, Is the Library the New Public Square?, watch a video of the Future of the Library panel, held on campus in February, featuring architect David Adjaye, McDermott Award for the Arts winner, plus other designers, scholars, and librarians.