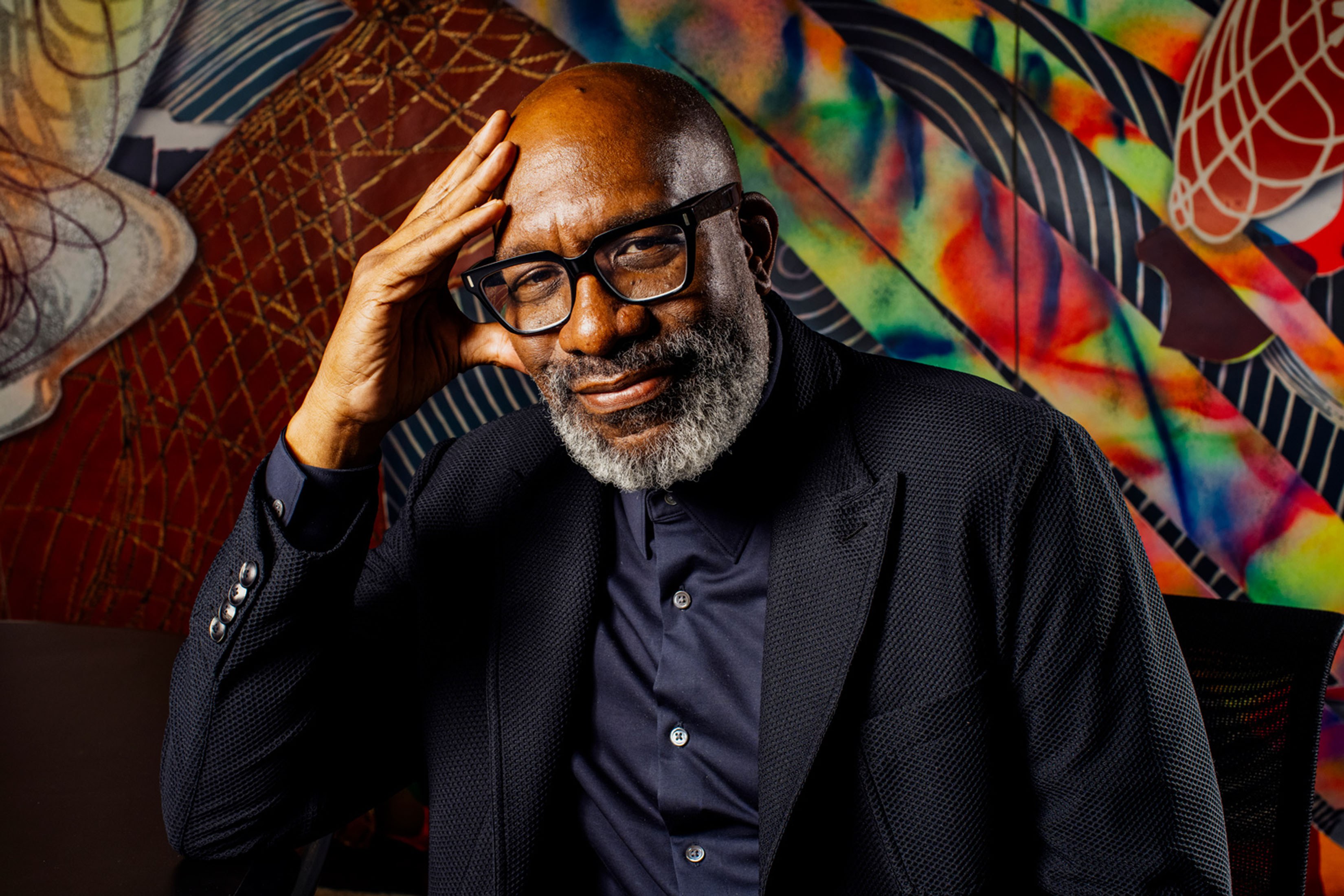 When many people think of 3-D printing, they envision toys, cards, or perhaps prototypes for new products. Larry Sass SM ’94, PhD ’00, associate professor in the Department of Architecture, thinks bigger: he wants to build houses using a system similar to 3-D printing.

It’s not as audacious as it seems.

3-D printing has grown to become a mainstream term for home production with computers and machines. The machine that’s central to Sass’s work is actually a computer numerical control woodcutter—picture a 48-by-96-inch table saw—a rudimentary version of which was first designed at MIT in 1949. Equipped with this technology, Sass has developed a forward-thinking vision for components of houses to be printed and shipped “just like a flat piece of furniture from IKEA.”

Homes could be manufactured in a matter of days as opposed to years by using software and machines to make buildings.

All that workers would have to do to build the house is assemble various numbered parts using clamps, glue guns, and rubber mallets. Since much less labor than usual is required, such houses should be faster and cheaper to build than traditional housing.

To accomplish this, Sass is exploring the idea of home production directly from 3-D models made using computer-aided design. The system decomposes an initial 3-D shape into smaller, interlocking parts ready for computer-aided fabrication and assembly as a physical kit of parts.

It’s the same principle as the prefabricated home kits sold by Sears in the early 1900s. The difference is that those parts were cut by hand rather than rapidly printed or cut by computer.

As a descendant of enslaved people and the grandson of a builder in the Blue Ridge Mountains of Virginia, Sass says he is proud to be working in architecture. “Once upon a time, slaves built everything for everybody,” he says. Noting that he grew up watching his grandfather build houses and furniture, he adds, “I think of him all the time when I work.”

Sass’s system can produce modern or traditional small buildings on demand, although so far technology is restricted to making smaller-scale exhibition structures. “I can make round buildings. I can make triangular buildings. I can reconstruct Queen Anne and Victorian homes, or I can construct a modern home,” he says.

Yet, his work is about more than aesthetics. Such rapidly built homes could provide shelter in times of crisis. “This would be a great opportunity to make and deliver houses to people right after a disaster,” he says. “I don’t need power tools. I don’t need experienced labor.”

Sass’s current research focuses on refining the sophisticated software necessary to make 3-D-printed homes truly viable. The software must possess a human-like understanding of how gravity works and how pieces fit together, which is a tall order. It’s not yet ready for application; the field is still relatively new. However, change is coming.

“Woodcutting is on its way to becoming computerized. Imagine if you had a sketchbook and the pen or pencil came with a computerized device, helping you to draw a straight line,” he explains. “In the future, a tape measure will be gone. A computer and a machine will do it all. The age of digital construction is on its way.”

In his mind, it’s long overdue: construction costs are so high that computer-aided design is going to become essential. “Homes could be manufactured in a matter of days as opposed to years by using software and machines to make buildings,” he says. “We’ve ignored the construction industry with technology until the last two to five years.”

In the future, Sass hopes to share his knowledge of digital carpentry with technical and trade schools. He’s confident that construction workers will be able to make the transition easily. “It’s very accessible technology,” he says.

This story was originally published in the fall 2022 issue of MIT Spectrum.