Keeping India's Lights on in a Pandemic 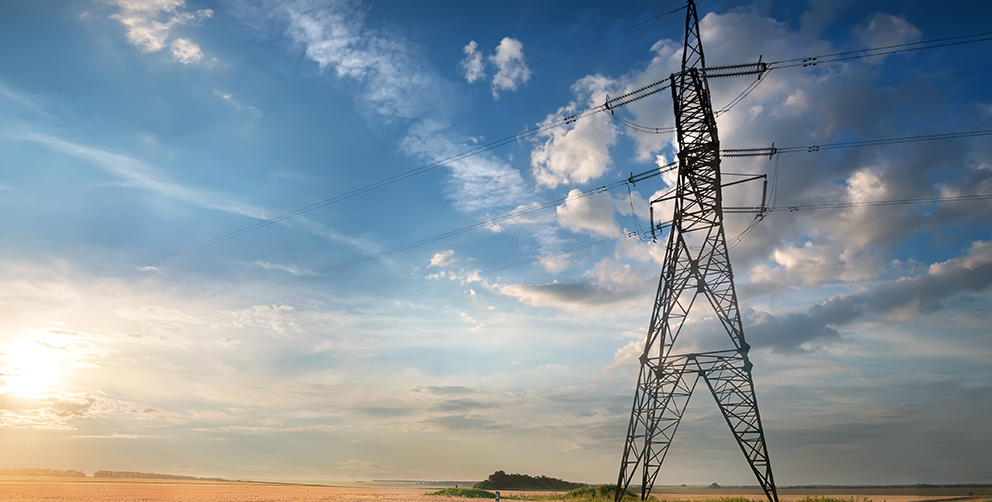 Beyond all the lives lost, the coronavirus pandemic has had profound effects around the globe, including a severe strain on economies and health care systems. One MIT alumnus, Manya Ranjan SM ’10, has been dealing with a less visible but no less serious effect within his native India: the pandemic’s impact on the electrical power infrastructure.

As the chief asset officer of Sterlite Power, the largest power transmission company in India, Ranjan oversees the operations and maintenance of its network of transmission assets, making sure that reliable electricity keeps flowing. It’s a daunting task under the best circumstances: keeping transmission facilities in good repair while balancing resources in response to the shifting power demands on Sterlite’s 30 transmission lines and seven substations across 20 states, so that everyone’s needs are met 24/7. But the sudden advent of the pandemic, bringing a nationwide lockdown, created an entirely new set of challenges. And it came at the worst possible time.

In India, the monsoon season—bringing heavy, unpredictable storms and flooding—starts in late May and goes until July. “Once that season hits, you really cannot do anything—you can only react to things,” Ranjan explains. “So you typically want to maximize the months of March, April, and the early part of May to run an intense preventive maintenance program.”

But this year, the pandemic struck, with mandatory stay-at-home orders going into effect for India’s 1.3 billion citizens on March 24, along with social distancing and safety protocols. Suddenly, an already massive task became even more difficult. Ranjan says, “It hit as we were gaining momentum on our three-month monsoon preparedness. We had to do a good share of that while complying with government restrictions.”

The pandemic hit as we were gaining momentum on our three-month monsoon preparedness. We had to do a good share of that while complying with government restrictions.

While the electric power infrastructure was acknowledged as an essential service early on and Ranjan’s crews allowed some movement, they still faced problems—including variation in how these permissions were applied. “There was confusion in some pockets about what does it mean to be an emergency service in a lockdown,” he says. “Most parts of the preventive maintenance schedule (tower patrolling, for example) wouldn’t sound like an emergency service to an objective person.”

That issue was sorted out in a couple of weeks. There was another, more persistent issue: standardizing hygiene practices. Ranjan says, “I think everybody has their own personal definition of hygiene. And because we work with an army of outsourced manpower through subcontractors, aligning on a consistent definition of hygiene was also quite challenging. We had to lay down quite strong policies and procedures that specified exactly how cleaning was to be done every day.”

The biggest test of the grid came on April 5, when the Indian prime minister, Narendra Modi, called for the citizens of India to turn off their lights for nine minutes at 9 p.m. in a show of solidarity for health care workers. That meant an abrupt, massive drop in electrical load with potential for major disruption. Ranjan explains: “The grid operates in a very tight band of frequency. And if it goes above or below that band, you start seeing power outages on the grid.” Preventing outages during this event meant careful management of the swing of power demand, which was expected to be in the range of 10–15 percent but turned out to be closer to 25 percent.

There were only two days to prepare. “The whole ecosystem went on overdrive planning—preparing scenarios, meeting the protocols in place,” Ranjan says, adding that the event turned out to be a great success—both in its intended purpose and as an exercise for India’s electrical power industry. “On a humanitarian level, it was a great sight, but I think for the grid authorities, it was quite a difficult moment. An event of a similar impact in 2012, but for a very different reason, caused a record blackout on the Indian grid.” April’s outcome “shows the level at which the grid policies have improved in the span of eight years, from such an event leading to a massive grid collapse to not even causing a blip on the grid in 2020.”

Ranjan’s undergraduate degree from Indian Institute of Technology was in chemical engineering, followed by graduate studies at MIT, where in 2010 he received a master’s degree in the Engineering Systems Division, focusing on carbon capture and sequestration. His childhood experiences instilled an early interest in energy issues. “I grew up in a part of India which is perennially short of reliable power,” he says. “We were living a life tailored around access to power. You knew exactly when the electricity would go off and you had planned your life in a way that the impact would be minimal.”

We were living a life tailored around access to power. You knew exactly when the electricity would go off and you had planned your life in a way that the impact would be minimal.

After graduating from MIT in 2010, Ranjan worked with McKinsey & Company across North America and Southeast Asia on a wide range of energy topics. “I always had at the back of my mind that at some point I have to come back to India and leverage all the knowledge and experience I’ve gained to have an impact on the topic of electricity access,” he says. He found his way back there when he joined Sterlite Power to start its Office of Strategy Management in March 2017, before being tapped last year for his current role.

In 2018, the Indian government announced that the country had become fully electrified, with every home connected. The next step, Ranjan says, is to improve the reliability of those connections and the power they bring. “That’s the next level of battle that we have to fight, to make sure that reliable electricity flows to all the wires, to all the houses.”

Ranjan emphatically credits his MIT education for giving him the tools needed to continue that job. “Having the right value systems is critical for leveraging technology in the right way,” he observes, and at MIT “I really learned about the role values play in the right use of technology. The passion and the drive that I saw in the people on campus towards this aspect really stayed with me.”