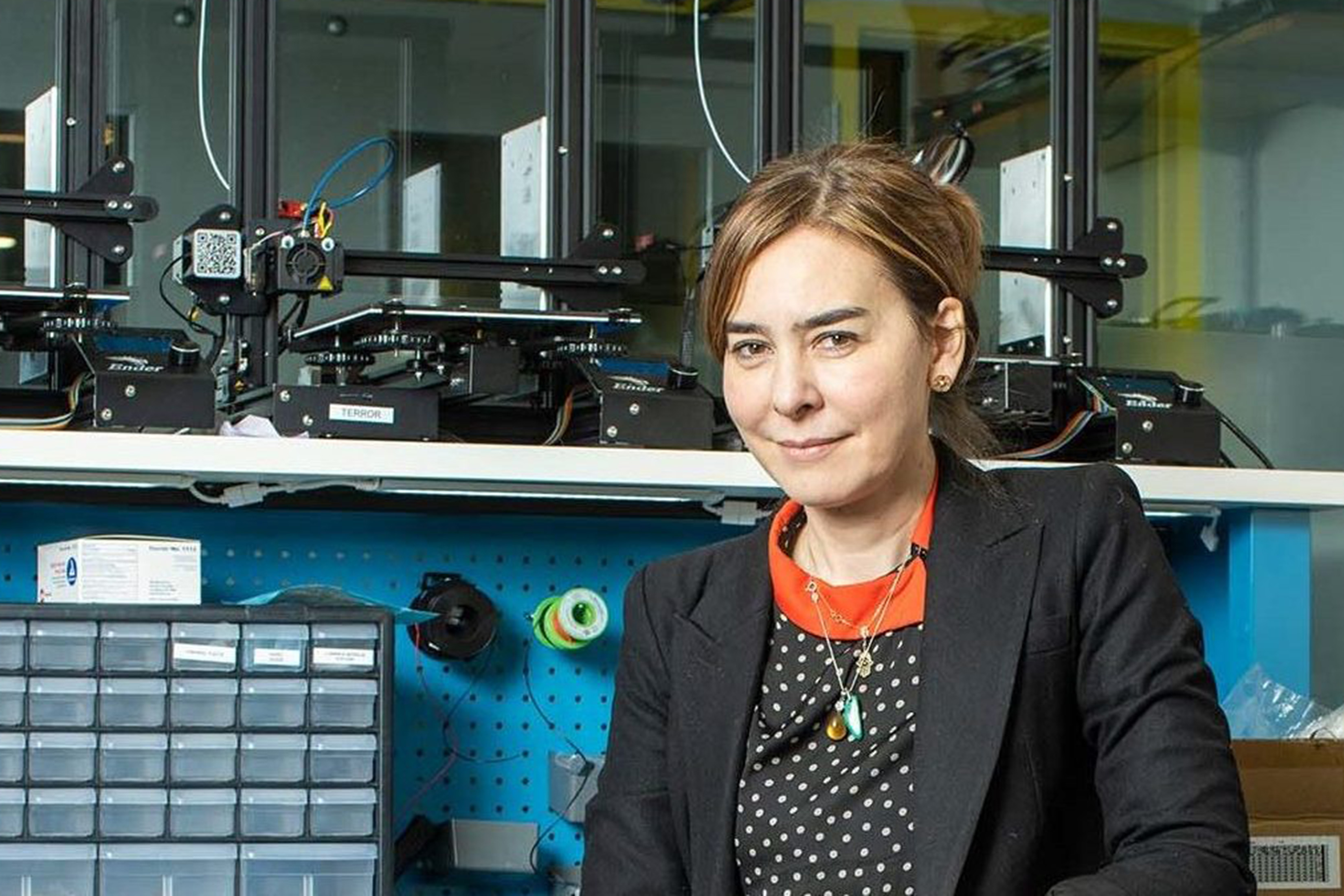 Consider a 75-year-old we'll call Gordon. One day in late February 2020, he had a myocardial infarction—a heart attack—and was rushed to the hospital. Fortunately, Gordon recovered. But he wasn’t able to get back to his previous level of mobility.

What if Gordon had had some warning of what was to come?

It turns out that in the six days preceding his heart attack, Gordon’s walking was gradually slowing and his breathing rate was increasing. The changes were so imperceptible that no one noticed, not even Gordon. But a small device sitting in his bedroom did. Part of a purely observational study at the time, the machine, the size of a router, was continuously emitting wireless signals (about a thousand times weaker than your WiFi).

Those signals, ricocheting off the walls and floors of Gordon’s apartment, also bounced off him. The tiniest of Gordon’s bodily signals—the pulsing of his veins, the inhale-exhale movements of his chest, the shuffling of his feet—affected these waves, enabling changes to be detected. Think of it as low-power radar.

Once the medical system has more experience with this type of information, it will open up a window into monitoring people’s health in their natural living environment.

For this study, the data weren’t processed in real time, so no intervention could be made. But machine-learning algorithms were ultimately able to disentangle that complex electromagnetic flurry and reveal Gordon’s slowing gait and increased respiration. In other words, this device saw signs of a possible health issue days in advance, at a time when it could have been monitored or treated.

“Once the medical system has more experience with this type of information,” Dina Katabi SM ’99, PhD ’03 says, “it will open up a window into monitoring people’s health in their natural living environment.”

Katabi, the inaugural Thuan and Nicole Pham Professor at the Stephen A. Schwarzman College of Computing, explains that the touchless sensors she and her team are developing represent a move from wearables to “invisibles.” Patients consent to having the wireless emitters installed in their homes, but the machines disappear into the background, which means the data depict someone’s actual condition. (Brief exams at the doctor’s office tend not to accurately reflect patients’ day-to-day health experiences.) In addition, there’s no need to interface with the device to charge it, enter personal information, or attach it to your body.

These invisibles can register someone’s breathing, movements, sleep, and heartbeats through walls and around corners—even from another room. The technology can tell if someone is scratching their eczema, going to the medicine cabinet to take their pills on time, or using their inhaler or insulin autoinjector properly. To see it in action—for example, the moment when someone enters REM sleep and starts to dream registered at a distance without attached sensors—is astonishing. Indeed, when Katabi, who is also a principal investigator in the Computer Science and Artificial Intelligence Lab, did a live demo at one TED talk, the audience broke into applause.

She says two major advances have helped make her work possible. The first is powerful radio technology that can sense faint electromagnetic signals. The second is the revolution in the computer field known as deep learning, which has allowed Katabi and her team to build computer models and signal processing algorithms that can interpret and translate the wireless data into meaningful information about what’s taking place in the home.

Katabi grew up in Damascus, Syria, in a family flush with physicians. Her grandfather was among the first doctors to graduate medical school in the country. Her father is a practicing cardiologist, and many of her cousins are doctors. Katabi did a year of medical school at Damascus University, “but at the time, I just loved math much more.” She wound up majoring in engineering, a decision that frustrated her family.

It was a hard choice to make, but now Katabi’s current work in wireless signaling has enabled her to embrace math and medicine at once. She’s using engineering and computer code to gain a more precise understanding of our physical bodies.

Two thirds of health care costs in the United States are connected to chronic conditions, such as Parkinson’s disease, heart disease, cancer, diabetes, and chronic obstructive pulmonary disease. These problems develop gradually. For instance, before someone is brought to the hospital with congestive heart failure, fluid steadily accumulates in the lungs and breathing grows increasingly shallow.

With continuous, remote physiological monitoring, patients can get treated earlier and more precisely, with targeted pharmacological and therapeutic interventions.

In other words, says Katabi, wireless monitoring has the potential to revolutionize health care.

One incarnation of this revolution is “bringing health into the home,” according to Katabi. Continuously assessing people’s basic vitals and medical conditions where they live has several potential benefits. First, health care costs plummet as the number of in-person appointments, tests, and procedures drops. Second, clinical trials can speed up as it becomes easier to more closely and accurately track subjects as they test experimental treatments and medications. Third, in situations where a disease is highly contagious (think of Covid-19), this technology allows physicians to closely monitor patients with zero contact.

Finally, the quality of specialized care improves. Take Parkinson’s, a disease of the central nervous system that causes tremors and difficulties walking and balancing. Some 40% of patients don’t have access to specialists by virtue of where they live. Collecting medical information at home and transmitting it to a Parkinson’s specialist would dramatically enhance their quality of care. Indeed, Katabi has already collected data that shows how the gait of patients with Parkinson’s improves after they take their medication and gradually declines as it wears off. Physicians can use this sort of information to offer individuals precision medicine—personalized, optimized dosing.

Katabi is currently developing tools to enable even more complex monitoring, weaving together breathing, sleep, and behavioral data to diagnose depression or anxiety and forecast flares in Crohn’s disease.

“Every one of us is very different,” she says. Noting that the work promises to improve medicine, Katabi smiles and suggests that she has continued in her family business after all.

This story was originally published by MIT Spectrum.