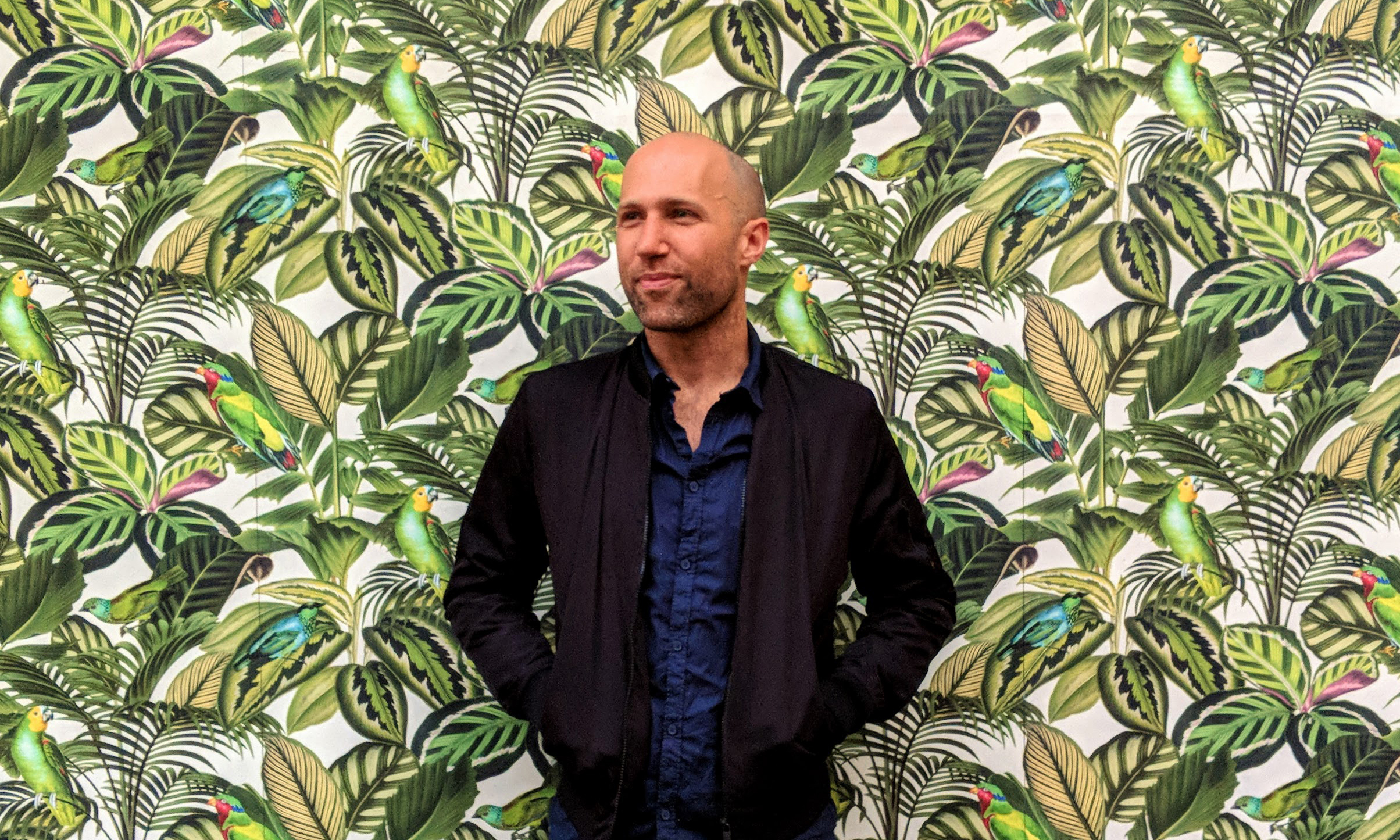 When it comes to his career, his ideas, and even his location at any point in time, you might say Matt Stempeck SM ’13 is hard to pin down. But he stays put when it comes to his conviction that technology and social good can—and should—go hand-in-hand. “The core tension for me throughout my life has been wanting to do fun, creative, tech projects, but applying them to meaningful things,” Stempeck says. “The common theme in my career has been using tech for good.”

As a freelance civic technologist, his work takes him anywhere he can enhance decision making, communications, and the political process. For example, as a technologist-in-residence at Cornell Tech in New York City, he recently helped to design a Public Interest Tech Fellowship—which embedded its first cohort of technical PhD students with public interest organizations this summer —and coauthored a report released in May, Rebooting NYC, that identifies an urban tech agenda for the city’s next administration, including ways to boost public engagement with city government.

The core tension for me throughout my life has been wanting to do fun, creative, tech projects, but applying them to meaningful things. The common theme in my career has been using tech for good.

Stempeck’s master’s thesis at the Media Lab—which cataloged the many ways people were using “tech for good” worldwide—lives on in the Civic Tech Field Guide, a crowdsourced, global directory of technologies for the public interest. Stempeck curates the guide, which now includes more than 4,000 projects.

He also collaborates on creative projects that reflect his love of whimsy, such as the Emoji Compass—an app, inspired by Phillip Pullman’s His Dark Materials trilogy of fantasy books, which he built with Lou Huang, Margo Dunlap, and Dan Schultz SM ’12 to “tell you the answer to any question you hold in your heart” by selecting three emojis.

“At the Media Lab, we would joke that grad school ruins you for the rest of your professional life because you can work on a variety of projects at once and your projects might not be commercially viable,” says Stempeck. “As a freelancer, I found a way to continue having the grad student life while earning a living.”

Early on, the Massachusetts native knew he wanted to “fight for the underdog.” He went to the University of Maryland for undergraduate studies in government and political science. After graduation, he applied his digital technology skills—mostly self-taught—to raising the online profile of nonprofits and political campaigns he believed in, “to make up for the fact that they didn’t have traditional resources.”

Pursuing his master’s in media arts and sciences at the MIT Media Lab was a long-held dream—he grew up an avid reader of MIT Technology Review, courtesy of his dad, John Stempeck ’70. Coming to MIT also gave him the opportunity to step back from national politics, think more globally, and collaborate with like-minded technology activists.

One of the papers Stempeck coauthored as a graduate student—with Ethan Zuckerman, then head of the MIT Center for Civic Media, and Erhardt Graeff SM ’14, PhD ’18—tracked how news coverage of the death of Florida teenager Trayvon Martin grew from a local crime story to become 2012’s biggest national news story. The authors determined that alternative and social media not only influenced the arc of the story but expanded its narrative.

“We started looking at how we quantify media attention,” Stempeck says. “Using a range of data sets like Change.org petition signatures and the Internet Archive’s TV captions, we worked backwards to see that it began with one individual working pro bono on public relations. We could trace how the story grew and the partisan battle over its framing.”

During this time, Stempeck coined the term “participatory aid” to describe how anyone anywhere can support people and projects using the Internet and social media. One example that especially inspires him occurred in 2012 in the aftermath of Superstorm Sandy, when many households that had lost electricity for extended periods were offered shared work space in the homes of others that did not.

Stempeck also had the chance to build technology at the Media Lab, inventing one of the first misinformation-fighting apps. An open-source browser extension and email reply bot that was ahead of its time, LazyTruth garnered considerable news coverage and was honored with UNESCO’s Netexplo award. Confessing he’s “not a good coder,” Stempeck credits working with friends (like Justin Nowell) and students in MIT’s Undergraduate Research Opportunities Program (like David Kim ’13) to execute his ideas.

After MIT, Stempeck worked for Google’s social impact team in San Francisco and then joined Microsoft in New York City to strengthen its new civic technology team. He took advantage of Microsoft’s civic leave policy in 2016 to work for Hillary Clinton’s presidential campaign.

“It was the hardest job I’ve ever had and also the most meaningful job I’ve ever had,” Stempeck says of his time as the campaign’s director of digital mobilization. His efforts there included apps that helped swing state voters register to vote and a program reaching out to people on social media who shared challenges they’d encountered in voting. Despite the election’s outcome, Stempeck was impressed by the numbers of campaign volunteers who identified a new way to put their goodwill to effective use. “There’s a whole range of untapped potential using people’s professional skills,” he says. “I’m really driven by figuring out how do we get more of that potential help from people.”

I want to help more technologists and social do-gooders, who are using technology to help people, to find each other.

After returning to Microsoft for a year following the election, Stempeck hit the road as a digital nomad through Central and South America. “Working for Microsoft was great, but every weekend I had all these ideas of things I wanted to do that didn’t fit the Microsoft paradigm,” he says. “I thought it was a good time to leave the country and explore the world.”

Today he makes his home in Berlin, Germany. He has made a virtual professional home as well since 2017 as one of the “corporate overlords” of the Bad Idea Factory, a collective of technology-minded entrepreneurs working on a variety of projects around the world that is replete with MIT alumni and staff.

“My goal is to get more people into this profession,” he says. “I want to help more technologists and social do-gooders, who are using technology to help people, to find each other.”

Are you a graduate of MIT engaged in volunteer service activities such as Matt Stempeck’s work on the Civic Tech Field Guide? If so—in preparation for a new initiative launching this fall that will highlight and connect alums engaged in service—the MIT Alumni Association wants to hear from you. Tell us how you volunteer in your local community or beyond by emailing alumniservice@mit.edu.