A Brief History of Commencement Speakers at MIT

Michael Bloomberg, the successful entrepreneur and three-term mayor of New York City, will deliver the address at MIT’s 2019 Commencement exercises on Friday, June 7. Bloomberg is the eighth major organization chief officer to speak at MIT Commencement in 10 years, and he is the Institute’s 114th Commencement speaker dating back to 1880, the earliest year that MIT Commencement records exist at MIT’s Institute Archives and Special Collections.

You can watch a live captioned webcast of Commencement beginning Friday at 9:00 a.m.: commencement.mit.edu/webcast. 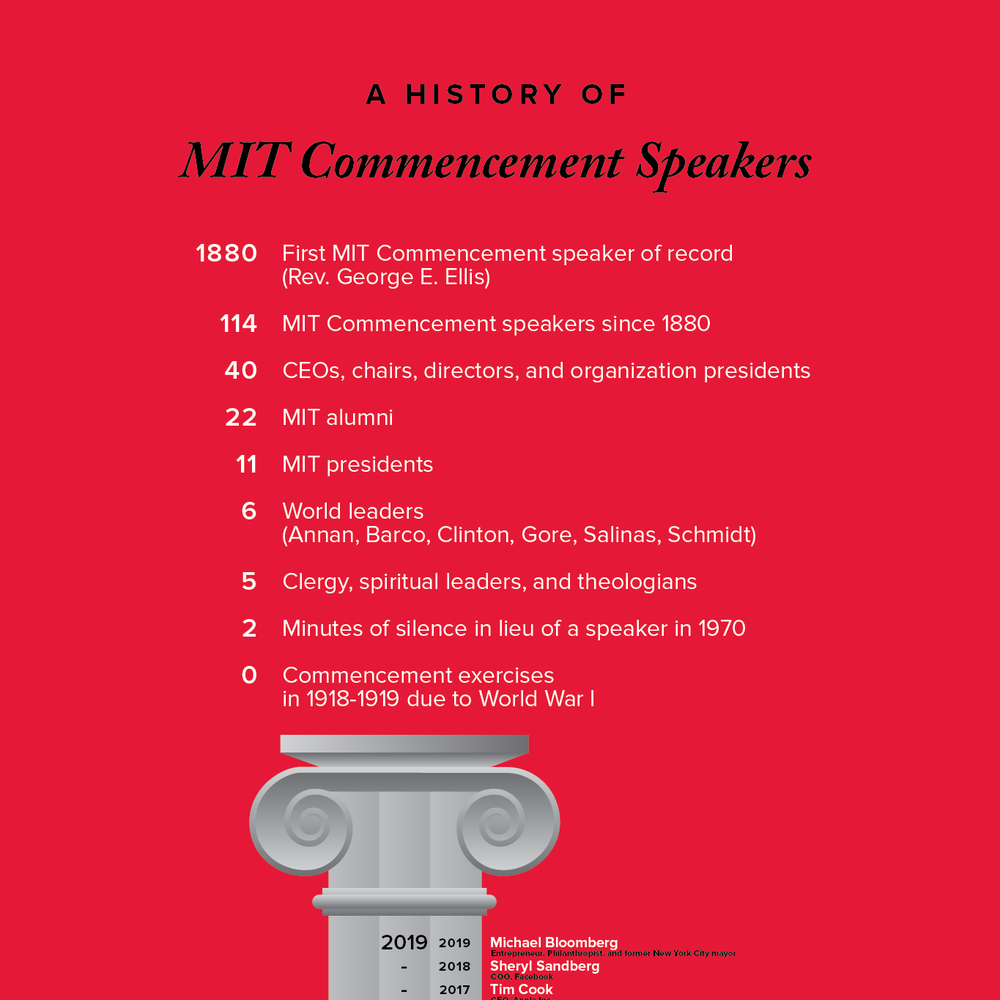 The most frequent MIT Commencement speaker? Francis A. Walker, MIT’s third president, who was the primary speaker 11 times between 1883-1896.

Perhaps the most notable event in MIT’s Commencement history occurred when there was no speaker. In 1970, during the peak of the United States’ conflict in Vietnam, the graduating class requested that then-MIT President Howard Wesley Johnson HM ’66 refrain from speaking in lieu of two minutes of silence to consider what can be done “to help resolve the conflicts which divide mankind in this country and around the world.”

The first half of the 20th century often featured more than one Commencement per year. Separate ceremonies were held from graduate and undergraduate students in the ’40s, and traditional students and military students often held separate ceremonies in the ’20s and ’30s. View the full list of guest speakers, which dates back to Unitarian clergyman George E. Ellis, who addressed MIT graduates in 1880. 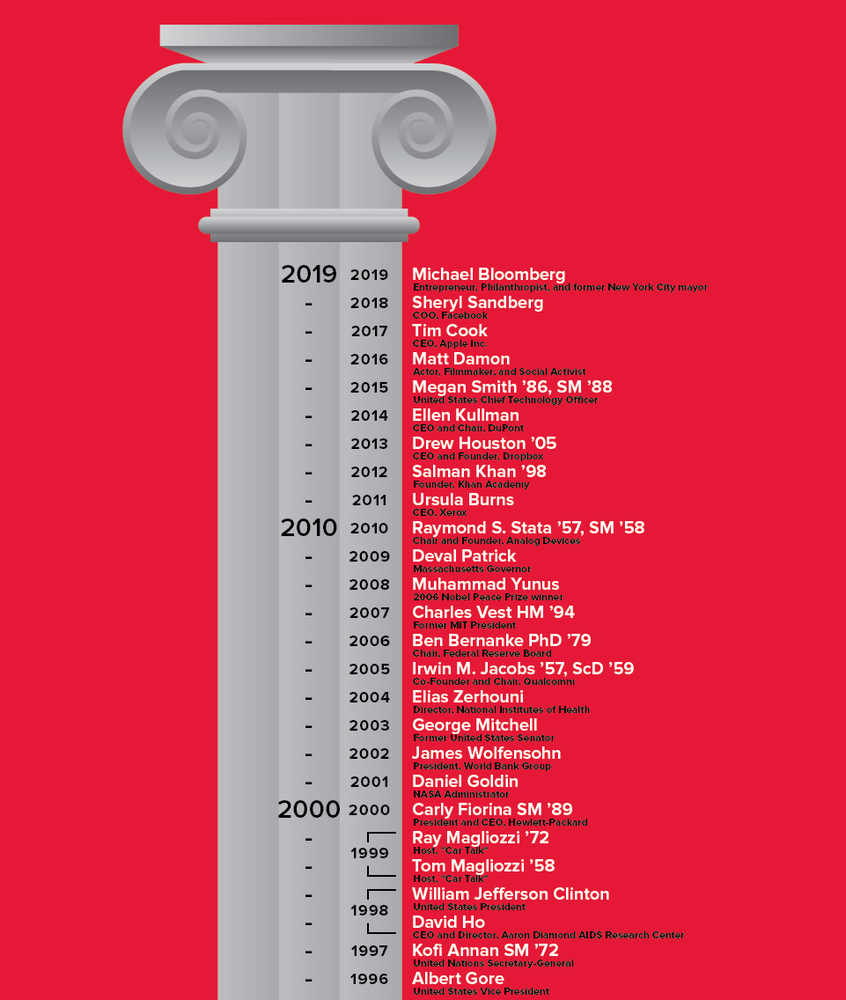 This is an updated version of a story originally published on June 5, 2014.