The Benefits of a Neurodiverse Workforce 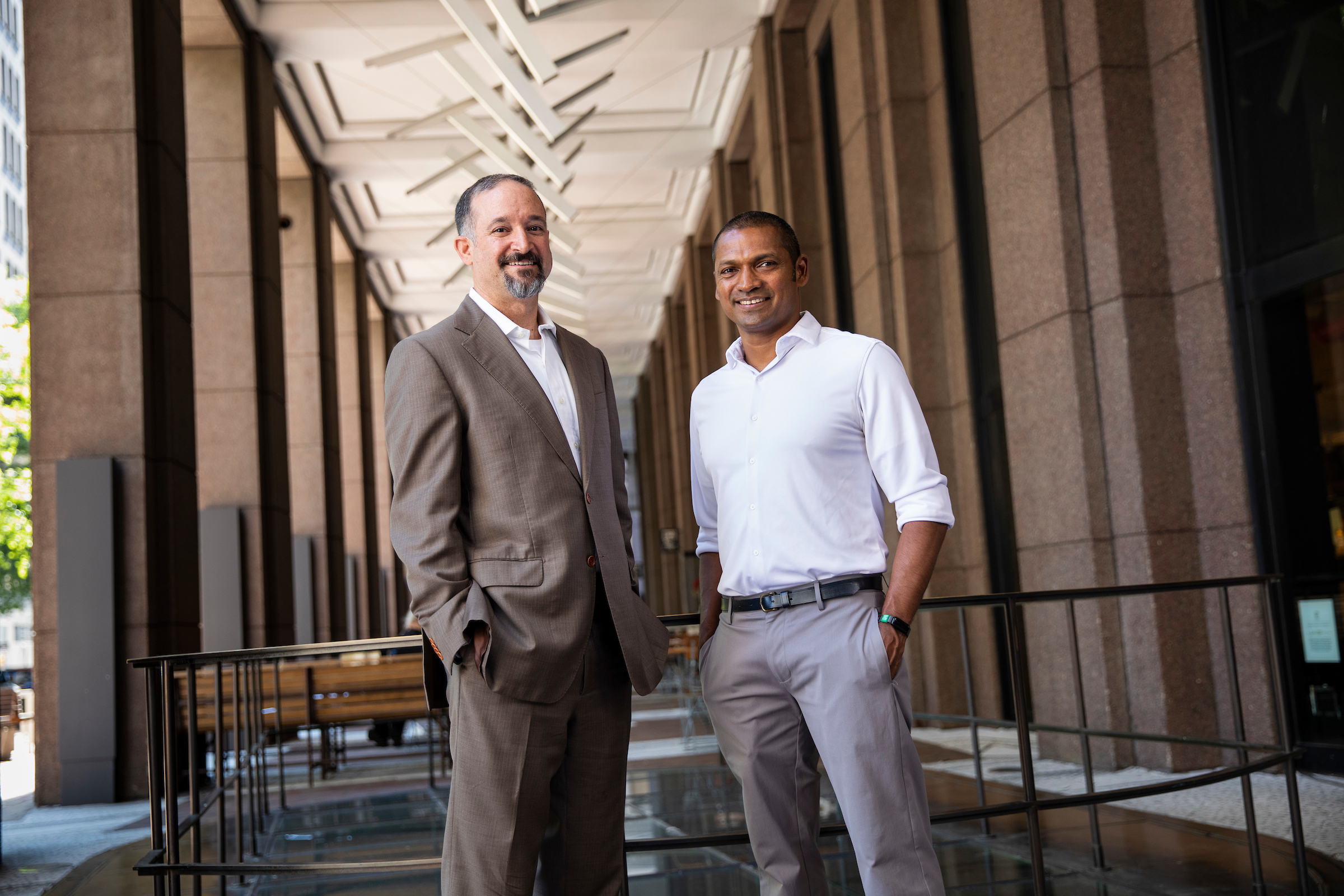 When you hear or read about autism spectrum disorder (ASD), much of the emphasis is on negatives, such as impaired social interaction and communication, learning obstacles, or repetitive behavior. While these can be challenges for someone with ASD, many people on the spectrum are exceptionally good at such things as pattern recognition, focus, logical reasoning, and problem solving. And these abilities, says Rajesh Anandan ’95, MEng ’96, are too often overlooked.

Anandan has a unique perspective on the topic, having teamed up with Art Shectman ’95 to cofound Ultranauts, a software and data quality engineering startup employing people on the autism spectrum. Chosen as a winning team in MIT Solve’s Work of the Future Challenge, the company closed $3.5 million in Series A funding in August.

But the concept of Ultranauts developed slowly. Anandan had a glimmer of the idea over a decade ago after hearing his wife, Julie, a clinical psychologist, observe that therapists, educators, and parents spent far more time addressing the social challenges of children on the spectrum than they did nurturing their natural talents.

Anandan began working with the consulting firm Stax to explore those talents. According to the Centers for Disease Control and Prevention’s Autism and Developmental Disabilities Monitoring Network, the number of adults in the US on the autism spectrum is estimated at four million, and their unemployment or underemployment rate is thought to be as high as 85%. Yet research also showed that many people with ASD have abilities that are well suited for a range of available jobs, making them highly employable.

There’s a war for talent right now, and probably at least a million people sitting on the sidelines.

Over dinner in 2012, Anandan and Shectman, who’d been roommates at Theta Delta Chi at MIT, realized that they might be in a position to bridge this disparity.

“He told me about the correlation between those on the autism spectrum and the skills needed for software testing,” says Shectman. A serial entrepreneur and technologist, Shectman had been lamenting the competition his company faced in hiring from a limited talent pool when Anandan shared the statistics he’d uncovered. “It’s a shocking number,” says Shectman. “There’s a war for talent right now, and probably at least a million people sitting on the sidelines. And we have these job functions that align with their extra abilities. I told Rajesh, ‘If you can find two or three people on the spectrum who want a job, I will put them to work on Wednesday. Let’s see if this works.’”

They quickly found that it did. For assistance in crafting and disseminating a job description, they turned to a couple of New York City nonprofits that advocate for adults with ASD. The result: 150 applications in 72 hours—many from candidates with graduate-level degrees. They hired three of them. “Within a couple of months, we could see that these novice recruits with no experience in the field were performing at a level that was superior to folks who had been doing it for years,” says Anandan.

They launched Ultra Testing, which they recently rebranded as Ultranauts, in 2013 and continue to recruit talent from the ASD community by tapping into advocacy organizations and related websites, blogs, and social-media groups. Today, with more than 75% of its 60 employees on the autism spectrum (according to self-disclosed data), the company isn’t just effectively training its employees to match the current workforce, says Anandan—it’s outperforming the competition.

“When our teams have been benchmarked against some of the larger global IT firms that we sometimes compete with, we’ve blown them away,” says Anandan. He cites a recent situation in which Ultranauts scored a contract with a major financial services company, replacing a team from a big-name competitor: “It’s very specialized work doing technical testing on one of their platforms, and the client wasn’t happy with the work of the incumbent team. We had to redo an entire cycle of work the previous team had already done, and—apples to apples—we improved the quality of the platform by 56%.”

Given that most prospective Ultranauts employees have been searching for a job for many years and may never have held a professional position, the company had to rethink the usual methods to accurately gauge their potential. Its data-driven approach turns conventional hiring procedures on their head. “There is a fair bit of evidence that résumés and interviews have little correlation with on-the-job performance,” says Anandan. “They’re useless tools for assessing anyone’s potential, and particularly damaging for a talent pool that may not have any work experience or may not do well in an interview.”

The Ultranauts approach to assessing talent starts with a series of tests to evaluate abilities such as pattern recognition and ends with a week of paid simulated work, during which candidates demonstrate their learning agility. Anandan and Shectman continue to improve these assessment tools—which they say could enhance hiring at any organization—and want to share what they’ve learned as widely as possible.

Beyond customizing its hiring practices to its workforce, Ultranauts has rethought many elements of the traditional organizational model, starting with the culture.

“We realized early on that we needed to create a super-supportive company culture with open communication,” says Shectman. They aimed both to embrace a wide range of communication styles and to factor in the likelihood that people in their first professional role might not feel comfortable speaking up. Daily polls via Slack bot, he says, have been instrumental in identifying and reducing barriers to productivity, company success, and employee happiness. “One colleague came forward because he was having issues figuring out how to work with some of the people on the team. He said, ‘Wouldn’t it be great if humans came with a user manual?’” says Anandan. “We thought that was a great idea, so everyone has one now—a self-authored guide of how to work with me, which includes preferred modes of communication, feedback preferences, average response time … It really removes a large cause of anxiety.”

Although the company has a small office in New York City, all work is done remotely, a setup that the cofounders say plays to the strengths of most of the firm’s employees. They also allow their employees to set working hours that are appropriate to their individual needs.

Earlier this year, lead tester Jamie Davila told a reporter for Fast Company that as someone on the spectrum, she had struggled with overstimulation in traditional workplace settings. The best part of coming to Ultranauts, she said, had been “working with a group of peers that understand my needs.”

We’re creating a framework that could change people’s lives and change the outcome for a population that hasn’t had opportunity before,

As Ultranauts’ founders prepare to scale up significantly, one resource, they say, has been especially valuable: the Institute initiative known as MIT Solve. Since its inception in 2015, Solve has facilitated commitments of over $12 million in funding and provided abundant networking opportunities to both nonprofit and for-profit tech entrepreneurs working to address a range of global challenges. In 2018, Ultranauts applied and was selected as one of eight teams working on innovative approaches to the work of the future.

Anandan says the connections he and Shectman have made as part of the Solve community have shifted their thinking in several key areas of their business, including their approach to ongoing training and accelerating learning for their neurodiverse team. Solve has also given them access to MIT researchers working in such areas as explainable artificial intelligence, which could help Ultranauts offer new services like AI bias testing. If they can demonstrate that neurodiversity is a competitive advantage, the founders hope, other companies will use theirs as a model for success and provide additional jobs that tap into the unique talents of people on the autism spectrum.

“We’re creating a framework that could change people’s lives and change the outcome for a population that hasn’t had opportunity before,” says Shectman. “It’s a massive social challenge, but also a talent opportunity in terms of the scale of a community of folks who are incredibly capable. They could be using their strengths today but aren’t given a chance because they’re wired differently, in a way that’s not a disadvantage—in fact, it’s an advantage.”

MIT Solve will announce its next cycle of challenges this February, and submissions are welcome from anyone, anywhere in the world. Learn more at solve.mit.edu.