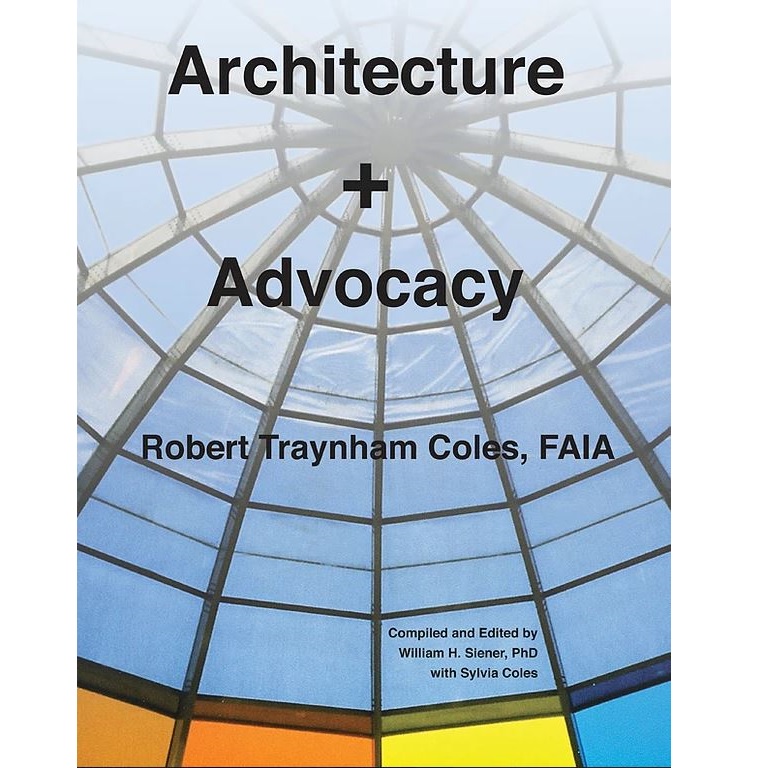 Architecture and Advocacy, recently published by Robert Coles MArch ’55, is the memoir of one of the Northeast’s most prominent civic voices in architecture and planning. Coles, whose MIT thesis focused on urban renewal in Buffalo, New York, resettled in his hometown after graduation and opened his own firm there in 1961.

In the five decades following, Coles brought acclaim and civic pride to his city through both his work and his advocacy, and he became an outspoken critic of his own profession, charging it to do more for both women and minorities during a time of civil unrest. Listen to an interview with Coles about his new book.

After his election the AIA’s College of Fellows in 1993, Coles wrote of the tense racial climate in the United States: “My concern is that the inner cities of our nation are becoming more and more isolated, and that the population—increasingly black, brown and, now yellow—are becoming more estranged from the mainstream of society.” His solution: to inspire the human spirit of American’s most urban populations through smaller, more individualized projects.

In projects like Coles’s JFK Recreation Center and the Merriweather Library–both in Buffalo–Coles’s vision for such projects came alive. As one colleague puts it in the book, “Coles has unmistakably woven his drive for equality, opportunity, and love and concern into the social and architectural fabric of Buffalo.”

Listen to the full interview above then visit the Alumni Association’s Slice of MIT Podcast page on SoundCloud.

How To Solve Conflicts


The purpose of this paper is to explain a technique for solving conflicts. Those conflicts may be private, local, regional, national, or international it matters not. Understanding how to solve conflicts will also help in resolving conflicts. Resolving usually fixes the current symptoms while solving straightens out the basic problem, which is the source of the current symptoms. A basic rule of life “You are never bothered by a problem. What bothers you are its symptoms.” With this realization you are in a better position to solve the problem. Because of their immediacy, there are times when one must attack the symptoms first, which is quite all right. Just do not forget to start, the some times slow and often tedious work of solving the problem.
There are some basic concepts about which there must be a commonality of agreement; otherwise all is for naught. The first is that each of us is a human being, which is to say we are all basically the same, no one is superior to anyone else and no one is inferior to anyone else. And as human beings we have a fundamental responsibility to treat all other human beings in certain ways. First and foremost we must always treat human beings as what they are intellegent beings. Therefore, to encourage them to act or respond in a certain way, we communicate with them using our intellect and not reward or punishment. The second, required and equally important perspective, is that one human being never tries to control or manipulate another human being into a particular act or action. You give them whatever data or information you may have and let them decide for themselves. We must all realize that responsibility accompanies all decisions and consequences follow all decisions. There is no other way.
With the above understanding you have established a rock upon which you can build. The reason the term, “human being”, is so important is that all other terms are divisive. Variations in sex, race, color, religion, or nationality, if built upon, create a “them and us” perspective and that is always divisive. Because, sooner or later we do not have to treat “them”, as well as we have to treat “us” and that is because they are them and not us. But when we have established that there is no “them and us”, at anytime in the future you can question me as to whether what I am proposing is the way one human being should treat another human being. Thus any unconscious basis’s I have can be recognized and dealt with, as they should be.
Underlying the above approach is the expectation that, for the most part, the person or persons involved have their “needs” satisfied. Needs are the following in order of priority 1) air, 2) water, 3) food, 4) rest and bodily relief, and 5) security from wild animals, weather, and other human beings. The above conditions are necessary in order that the human brain can move beyond its basic survival requirements.
This approach has the inherent ingredient of hope. This inherent hope will be sensed and thus attract each and every human being. Hope is the realization of the possibility of success. Success in this case is the minimization of conflict both internal as well as external.