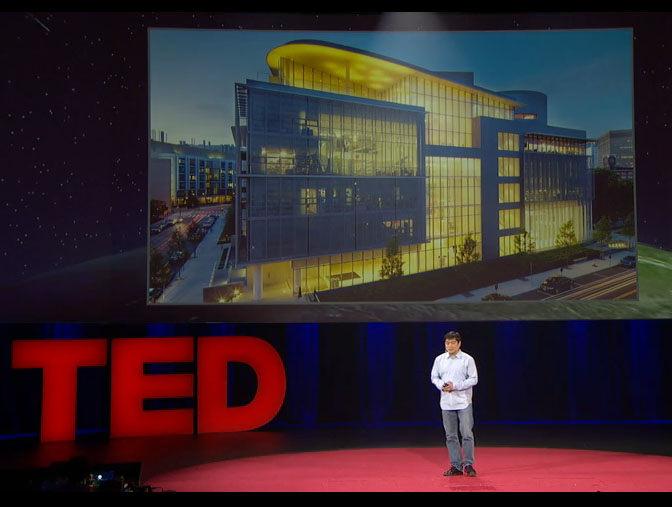 MIT Media Lab Director Joi Ito is on a tear, appearing at edgey conferences in recent months, pushing that edge even farther. In a recent TED talk, Ito announced his new motto: “deploy or die.”

The very nature of innovative has been changed by the Internet, he says, because individuals and small groups can create new products by taking the software development process—continual A/B testing, iteration, and new testing—into the marketplace. He described a “rainforest of innovation” coming out of China’s manufacturing plants as students design in real time on the factory floor and desktop gene sequencers radically change bioengineering from multimillion operations to a dorm room experiments.

The Media Lab’s founding director, Nicholas Negroponte, famously said ‘demo or die,’ as opposed to publish or perish, the tradition academic way of thinking, Ito told the TED audience in March. “The demo only has to work once because the primary mode of us impacting the world was through large companies being inspired by us and creating things like the Kindle or Lego Mindstorms. But today, with the ability of to deploy things into the real world at low cost, I’m changing the motto now. And this is official: deploy or die.”

Less planning and more presence in the moment can accelerate innovation, he argues. Getting objects out into the real world is the point. Don't be a futurist,  he urges, be a "now-ist."

What to know more?