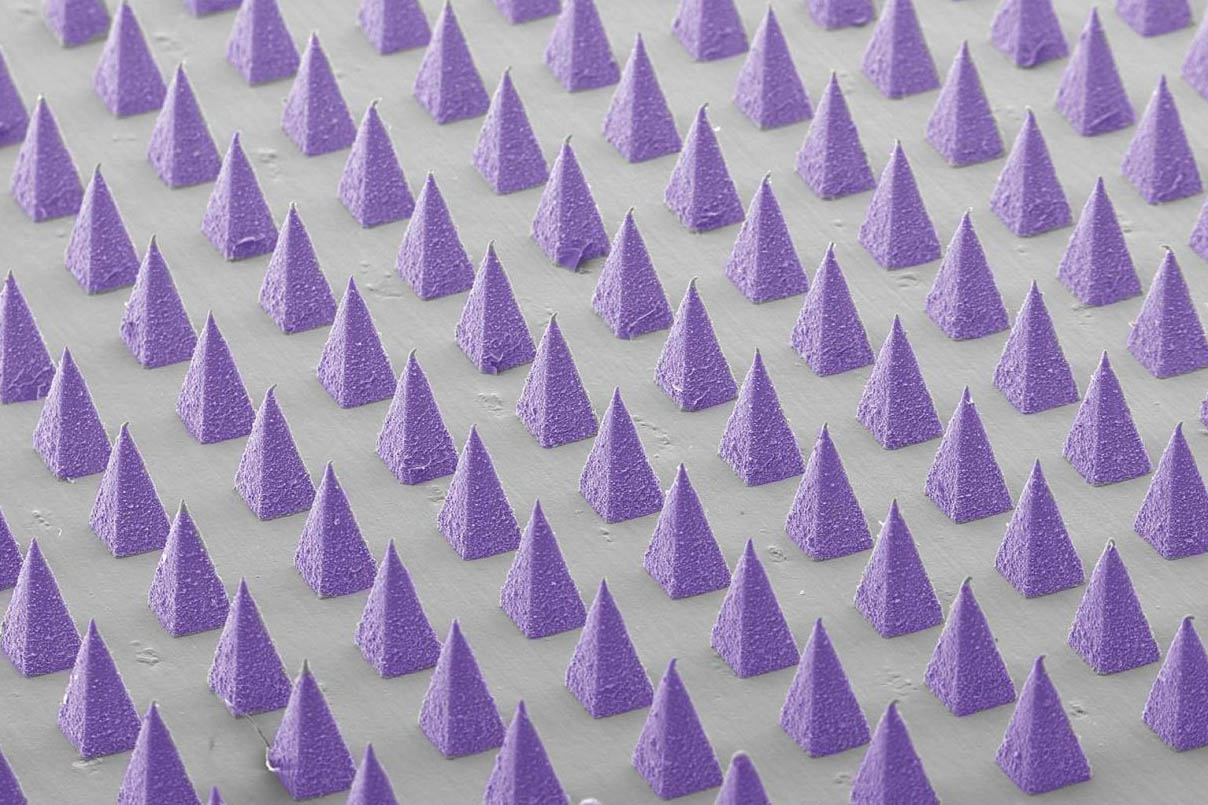 In 2019, 20 women diagnosed with ovarian tumors agreed to try out a new MIT-designed skin patch—a small, clear, flexible disc that may one day become the first noninvasive screening tool for ovarian cancer.

Short of a biopsy, there’s currently no screening method or diagnostic test for ovarian cancer, the fifth-leading cause of cancer deaths among women. MIT researchers Darrell Irvine PhD ’00 and Paula Hammond ’84, PhD ’93 are melding their expertise in engineering, immunology, and polymer chemistry to change that.

“Ovarian cancer over the past 30 years has seen very little improvement in survivability. We need multiple means of addressing this disease; there’s not going to be a single bullet,” says Hammond, Institute Professor and head of the Department of Chemical Engineering. The microneedle patch Hammond is developing with Irvine, the Underwood-Prescott Professor in the departments of biological engineering and materials science and engineering, could become a lifesaving tool for the early detection of ovarian cancer. 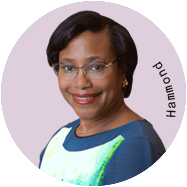 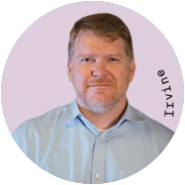 The work is supported by the Bridge Project, a collaboration drawing on expertise from the Koch Institute for Integrative Cancer Research at MIT and the Dana-Farber/ Harvard Cancer Center that brings bioengineering, advanced cancer science, and clinical oncology together to solve today’s most challenging problems in cancer research and care.

Hammond has a wealth of experience developing biomaterials to enable targeted drug and gene delivery for a variety of challenging disorders. Yet ovarian cancer strikes her as particularly insidious: it’s hard to detect and often diagnosed too late to save the patient. Further, unlike cancers with known genetic origins, ovarian cancer has more opaque causes. “We’ve needed to be much sneakier about how we approach ovarian cancer,” Hammond says.

She learned some daunting truths about ovarian cancer in 2013, when she met oncologist Dr. Kevin Elias at the Dana- Farber Cancer Institute. Elias, intrigued by nanomedicine’s potential for cancer treatment, became a postdoctoral associate in Hammond’s lab at MIT. When he later started his own lab at Brigham and Women’s Hospital in Boston and began evaluating microRNAs’ (miRNAs) potential as a biomarker, he immediately thought that Hammond and Irvine’s microneedle technology could prove useful.

MiRNAs are small, noncoding strands of RNA that regulate gene expression. Made up of nucleic acids that synthesize proteins in all living cells, miRNAs can be found in blood, urine, saliva, and the interstitial fluid between blood vessels and cells.

Elias knew Irvine, whose background is in immunology, and Hammond had been developing microneedle patches as an alternative to traditional vaccine delivery and as a tool for gauging immune responses and pinpointing infections. But Elias had something else in mind.

Ovarian cancer over the past 30 years has seen very little improvement in survivability. We need multiple means of addressing this disease.

When Elias asked, “If I can identify a ‘fingerprint’ of microRNAs associated with ovarian cancer, can we use your tool set to detect it,” Irvine says they started thinking about microneedles as a way to sample material out of—rather than delivering things into—the skin.

Sasan Jalili, a postdoctoral research associate the Koch Institute, helped design the microneedle patches to project only several hundred microns into the skin, where there are few capillaries and pain receptors. The patches are made of a biodegradable, FDA-approved polymer similar to the material used in resorbable sutures. Their tiny prongs are coated with hydrogels, a network of polymers that can absorb water or biological fluids without losing their structure.

Anasuya Mandal SM ’14, PhD ’17, who completed her PhD under Irvine and Hammond, started making hydrogels out of alginate, a benign seaweed extract. Within the alginate matrix, the team was able to incorporate molecular strands that attract the miRNAs Elias hoped to sample.

The alginate layer swells in the presence of water, absorbing interstitial fluid that may contain miRNAs from cancer cells. “They get captured in the hydrogel, and we essentially isolate miRNA from the patch by dissolving the alginate layer,” Hammond says. These recovered molecules are then analyzed for Elias’s ovarian cancer “fingerprint.”

The women who agreed to participate in the microneedle patch trial had all experienced pelvic discomfort and had already undergone an ultrasound that revealed an ovarian mass.

Doctors suspected—but couldn’t confirm—that these masses were malignant. Only a biopsy can do that, but in the case of ovarian cancer, biopsies are ill-advised.

“We don’t biopsy the ovaries because it risks seeding the abdominal cavity with cancer cells and worsening the prognosis,” Elias says. “So, the decision is really whether you wait and observe it or remove the whole ovary.”

An accurate ovarian cancer test would make this decision crystal clear. The holy grail, according to Elias, would be a noninvasive, accurate cancer screen that a patient could conduct herself.

“The most practical application for the microneedle patch is a patient who lives in a remote part of Maine, six hours away from specialists,” he said. For such a patient, even coming in for a blood sample might be difficult.

Microneedle patches may one day resemble flexible polymer Band-Aids “that can be mailed to somebody’s house and mailed back,” he says.

The women who generously volunteered for the clinical trial had prototype patches affixed to their abdomens with surgical tape. After 30 minutes, the two-by-two squares were removed and checked for miRNAs. “The results are being analyzed in a blinded fashion, so I cannot tell yet whether the miRNA test correctly identified all of the women with cancer,” Elias says. However, in prior analyses, the test identified about 90% of women with ovarian cancer and had a false positive rate of less than 1%.

With continued Bridge Project support, the researchers hope to do a more extensive follow-up to see if the patches will detect ovarian cancer in patients who have not yet been diagnosed with an ovarian mass.

Irvine says the Bridge Project “was absolutely crucial because it allowed us—relatively quickly and without a lot of preliminary data—to pitch this novel approach. And we’re now positioned to raise funds from the National Institutes of Health or other sources that might be interested in supporting our work.”

Elias, now director of Brigham and Women’s Hospital gynecologic oncology laboratory, credits the Bridge Project with enabling higher-risk projects because “the clinicians and the engineers involved can come up with a creative solution to a new problem, rather than focusing on needing to have a large body of preliminary data in order to start sponsoring a project.”

“What’s unique about the Bridge Project,” he say s, “is that it leverages the expertise of the participating institutions.”

Meanwhile, MIT researchers are pushing ahead with microneedle technology. Irvine and Jalili are collaborating with the UMass Chan Medical School on using microneedle patches to monitor immune responses to autoimmune diseases such as psoriasis and lupus. Jalili is using the patches to unravel key immune mechanisms regulating the efficacy of potential vaccines against cancer.

Irvine says, “This is an area that’s going to continue to grow. We’re excited about the potential for using microneedle patches in many different ways, even though it’s really a relatively simple device.”

This story was originally published by MIT Spectrum